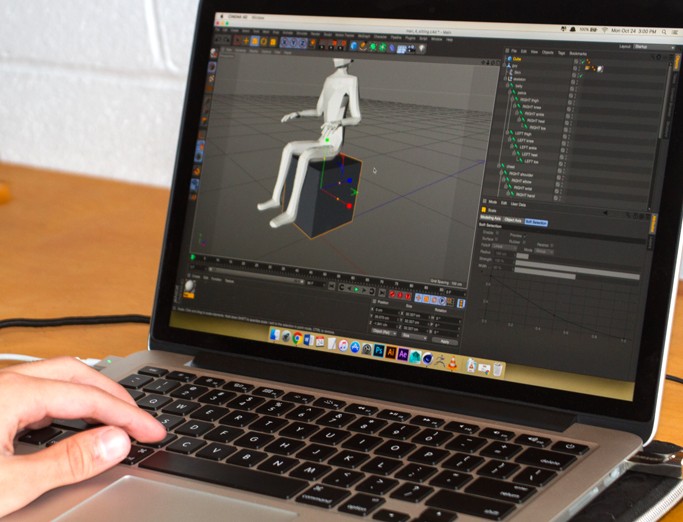 Innovation, collaboration and creativity across disciplines. Inside the studio, at a gallery, on stage or even at a local park. Projects in the College of Arts and Architecture involve faculty, graduate and undergraduate students, staff, visiting professionals and often community members. While the details and locations may vary, enthusiasm and inspiration are guaranteed.
Filter By
First Friday: “Field Guides” by Dana Lynn Harper and “kaleidoscope answers” by Alex Russell Join us on October 1 at 5–8 p.m. for First Friday, for the opening reception for Field Guides by Dana Lynn Harper and kaleidoscope answers by Alex Russell.
Yeonhye Park: The Eternity of the Moment Yeonhye Park depicts the complexity of human emotions by using a wide range of art languages such as cut-out painting, clay work, canvas-based painting, and sculpture.
First Friday: Catie Dillon’s “Remain in Light” Join us on September 3 for First Friday, for the closing reception for The Eternity of the Moment by Yeonhye Park, and the opening reception for Catie Dillon’s mural titled Remain in Light. 5–8 p.m., Friday, September 3, 2021
Jack and the Beanstalk Inspired by Flora Annie Steel’s 1918 edition of Jack and the Beanstalk, the collaborative team of MFA Scenic Design candidates and BFA Lighting Design students from the Penn State School of Theatre used their collective skills, knowledge, and creativity to create a storybook world for Jack and his beanstalk in the windows of the Downtown Theatre.
Brian Alfred: Kinda Lovely "Kinda Lovely" is a music video Alfred created for the musical artist Poolside in 2020. The video animation captures the vibe of California and the feeling of Poolside’s music.
Joshua Frankel: Animation from A Marvelous Order The animations presented are from the body of work created by Frankel for "A Marvelous Order," a forthcoming multimedia opera about cities and how they change, about power and how it is confronted, and about two nearly-mythological figures from 20th century New York—Jane Jacobs and Robert Moses—who clashed through a battle of ideas that manifested itself in the streets.
Rachel Hayes: Syzygy Rachel Hayes was commissioned to create our 2019-2020 Woskob-Wall installation. Hayes creates fabric structures that vibrantly explore painting processes, quilt making, architectural space, light, and shadow.
Dannielle Tegeder: Seigolomsoc / Cosmologies Seigolomsoc/Cosmologies, a wall drawing in two acts, encompasses the gallery walls with a visual dialect for viewers to decipher.
Alec Spangler: Folded Section Folded Section is a new, site-specific wall (and floor) drawing that re-imagines the local Ridge and Valley landscape and invites viewers to find their place within it.
Race and Revolution: Still Separate, Still Unequal "Race and Revolution: Still Separate, Still Unequal" is a traveling exhibition of contemporary artwork and historical documents exploring the ongoing issue of school segregation in the United States.
Joelle Dietrick and Owen Mundy: The Speed of Thinking "The Speed of Thinking" by Joelle Dietrick and Owen Mundy, visualizes Dietrick’s research on seaports across the globe.
Keith Lemley: A Theory of Everything Keith Lemley, our 2017–18 Woskob Wall artist, fabricated and installed the site-specific installation using his signature combination of maple and neon—two seemingly disparate materials unified through geometry and form.