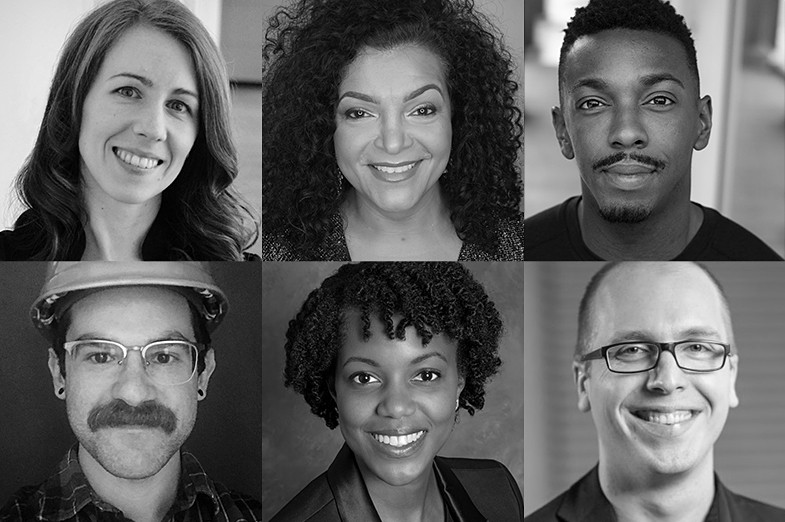 The College of Arts and Architecture is pleased to announce six new faculty members for the 2020-2021 academic year.

Kathryn Hylton is joining the School of Music as the associate director of choral activities. She will be leading Oriana Singers and Campus Choir, co-directing the jazz ensemble Vocal Dimensions and teaching courses in conducting, choral methodology and choral literature.

She comes to Penn State from the University of Maryland where she received her D.M.A. in Choral Conducting. Her past teaching and conducting positions include director of Music at Holy Family Church and Choral Music Teacher at St. Thomas More Academy, both in Maryland, and Director of Choral Music at Blair Academy in New Jersey. In addition to her work as a music educator, Hylton is an active composer, arranger and Dalcroze practitioner.

Patricia Phillips has altered the history of American Broadway theatre, twice. Phillips is the first woman of color to portray the Tony Award-winning role of “Carlotta” in the longest running show in Broadway history, “The Phantom of the Opera.” She is also the only woman of color to appear in “Kinky Boots” on Broadway.

Phillips can be heard on three original cast recordings on DreamWorks, Columbia and RCA. Her television credits include “Billy on the Street,” “Shades of Blue,” and The Tony Awards. Her film credits include “Everybody’s Fine” with Robert De Niro.

Phillips has soloed with The Pittsburgh Symphony, The Baltimore Symphony, The Minnesota Orchestra, The Indianapolis Symphony and many others.

Tyler McKenzie is performer, director, choreographer, and educator who was last seen in “Hamilton.” He is the founder of Tyler McKenzie Creative Studio, an online musical theatre training space.

McKenzie is a Long Island, New York native with a B.F.A. in Musical Theatre from Western Carolina University, where he studied with three-time Tony Award nominee Terrence Mann and Charlotte d’Amboise, a two-time Tony nominee.

He has since performed regionally and in the Broadway and national tour productions of “Mamma Mia,” “Matilda,” and “Hamilton.” In 2019, McKenzie received the Western Carolina University Young Alumni Award celebrating his level of distinction in his field of work, his commitment to the service of others and his potential for future leadership/distinction.

McKenzie also recently received honorary acknowledgement and membership from the National Society of Leadership and Success. He has a major passion for education and has worked with young artists all over the country and online.

Stephen Frausto is joining the School of Theatre as the Associate Technical Director. Frausto comes to Penn State from Purdue University where he received his M.F.A. in Technical Direction.

Tonya Mitchell-Spradlin is joining the School of Music as director of wind band studies and assistant professor of Music. In addition to conducting the Symphonic Wind Ensemble, overseeing the graduate wind conducting program, teaching courses in wind band literature and wind conducting, she will oversee the concert band programs at The University.

Andreas Oeste is joining the School of Music as a lecturer of Oboe. In that capacity, he will teach undergraduate and graduate oboists in private lessons and reed-making classes, teach orchestral literature and chamber literature courses to upperclassmen and graduate students and he will coach student chamber ensembles. In addition to his teaching duties, he will perform with the resident faculty chamber ensemble, the Pennsylvania Quintet.

Oeste is coming to Penn State from the University of Wisconsin-Madison where he was an adjunct assistant professor of oboe.