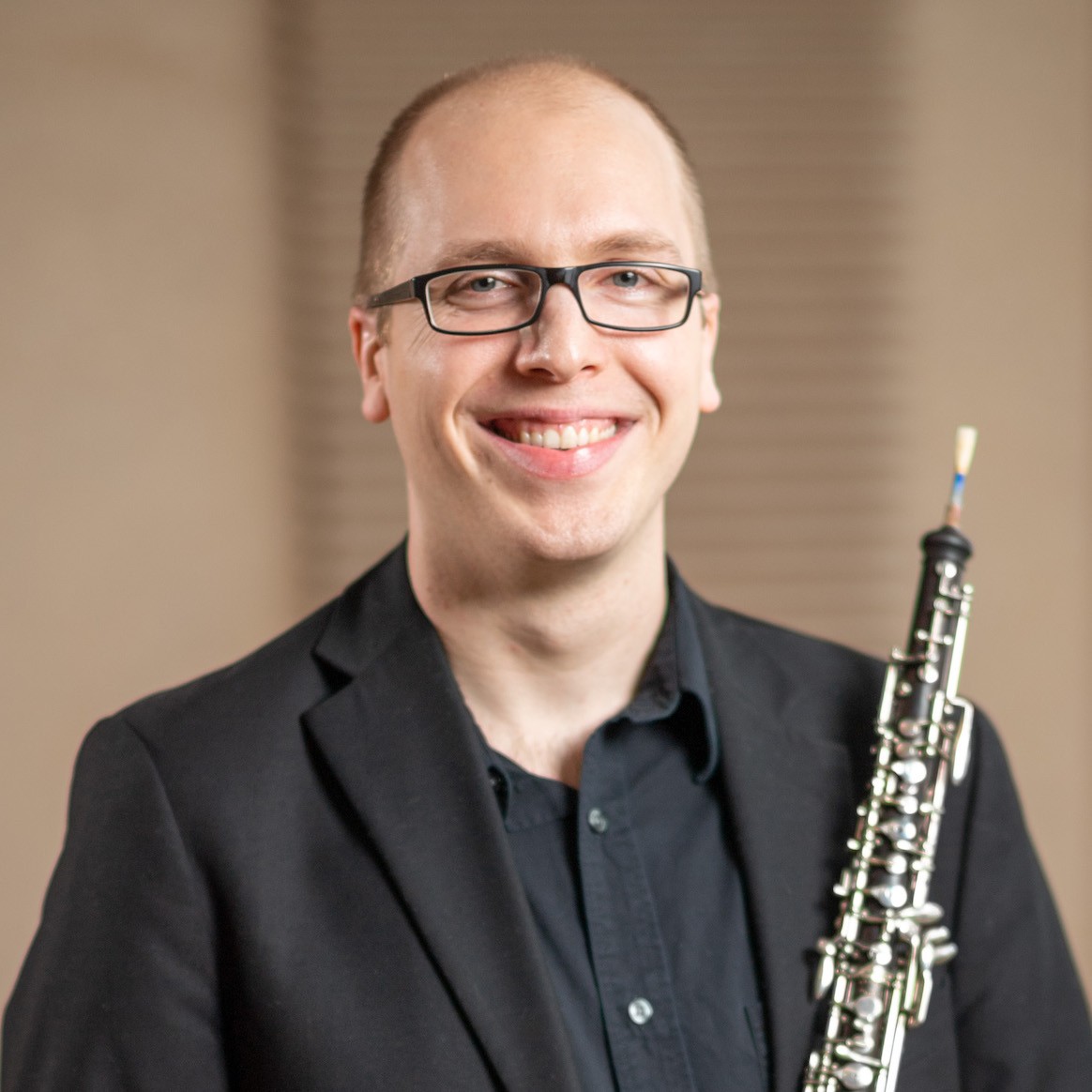 Andreas Oeste is an active performer and chamber musician, originally from the small town of Conway, Arkansas. He began his musical studies on the clarinet and cello, but was allowed to switch to the oboe when his band director noted that he was “nerdy enough.”