Providing outstanding education and performance opportunities to both majors and non-majors and enriching the campus and local communities through an extensive schedule of public recitals and concerts.

The School of Music offers a range of undergraduate and graduate degrees, as well as myriad performance opportunities, that prepare students for careers as performers, teachers, and scholars.

Students choose from a wide range of areas of study and benefit from individualized instruction by dedicated faculty whose teaching and performance experience spans the world. Both majors and non-majors have the opportunity to participate in numerous ensembles, ranging from small chamber groups to the marching Blue Band.

The Penn State School of Music – pursue your passion, nurture your talent, and prepare to take on the world. 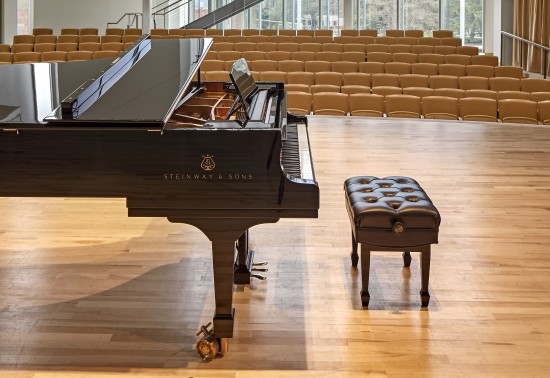 The B.M. in Music prepares students for a professional career as a performer or composer by offering specialized training designed to develop musicianship and celebrate creativity. 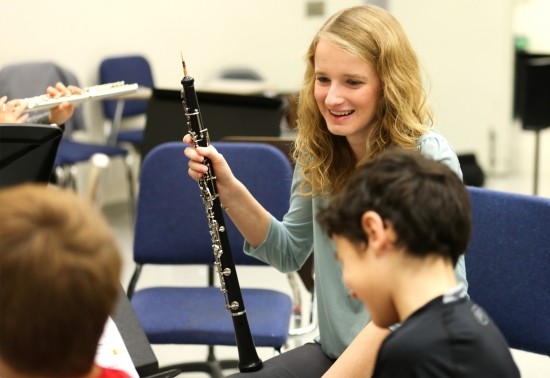 The B.M.E. in Music Education equips students with the tools to become music educators that profoundly impact the lives of elementary and secondary school children. 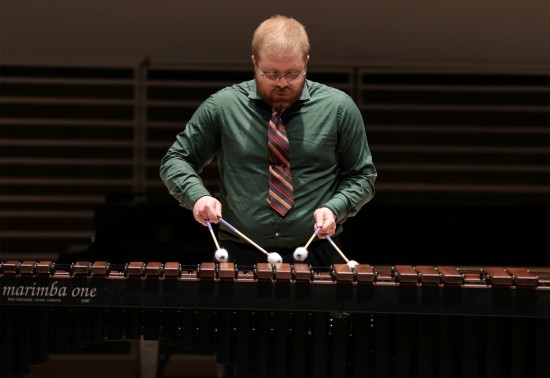 The B.M.A. in Musical Arts explores each student’s passion for music while offering endless cross-disciplinary opportunities to create a unique degree that prepares graduates for a professional career. 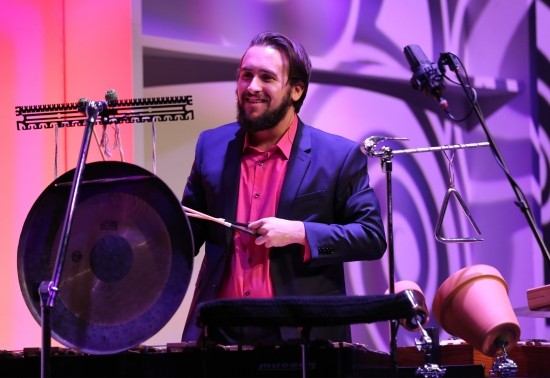 The B.A. in Music fosters musical creativity and skill while immersing students in a diverse educational experience that informs artistic growth and explores the profound importance of music. 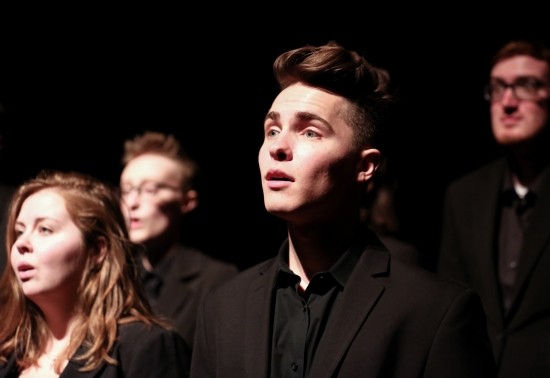 A minor in Music Performance lays the foundation for you to integrate your love and knowledge of music into any career path. 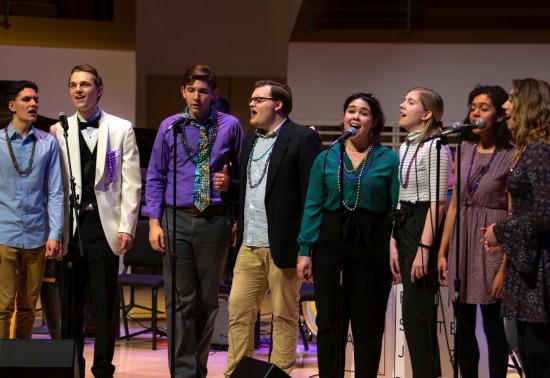 Blend music theory, composition, or performance studies with your major. The Music Studies minor can refine and balance coursework and studies across varied majors. 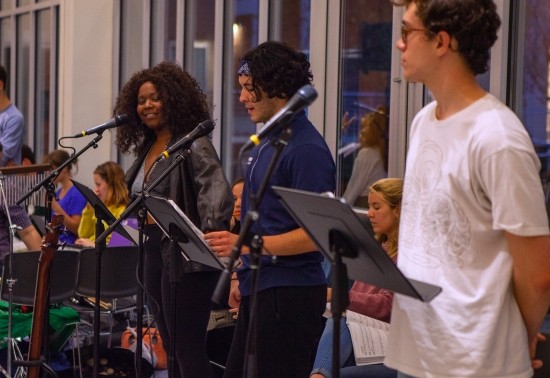 The Music Tech minor opens the study of musical acoustics, digital audio, sound design, and audio recording. You will apply domains of knowledge from your majors to the fields of audio production and digital technology. 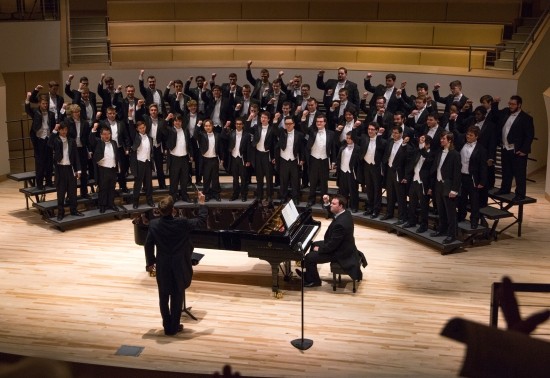 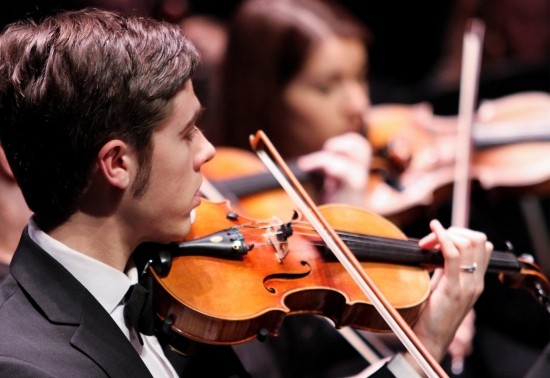 The Master of Music program prepares students for professional careers as performers or composers, or for doctoral study. The program is both rewarding and rigorous, with internationally known faculty providing... 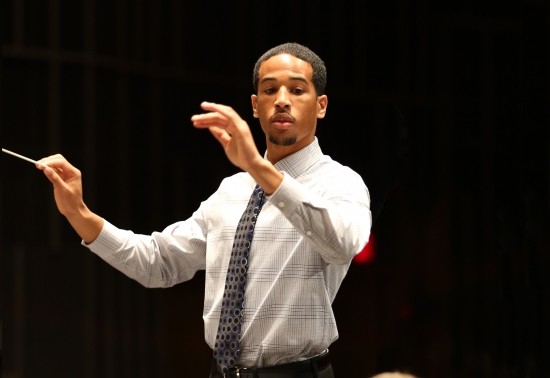 The M.M.E. program is designed to provide candidates with (1) a deeper level of musical skill and understanding, (2) an increased knowledge and skill in the pedagogy of music teaching,... 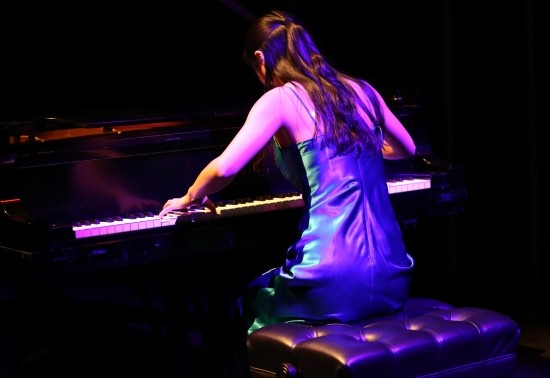 This program is for individuals interested in continuing their studies in piano performance and music theory, history, and analysis in order to teach at the university level. Degree requirements include... 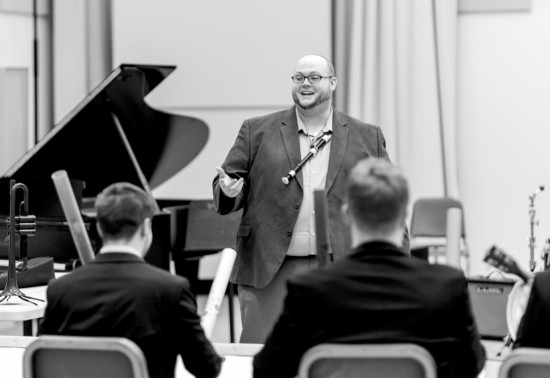 The Music Ed Ph.D. program, which offers advanced study of teaching and learning music from a research-based perspective, is aimed at individuals careers in higher ed and music administration. 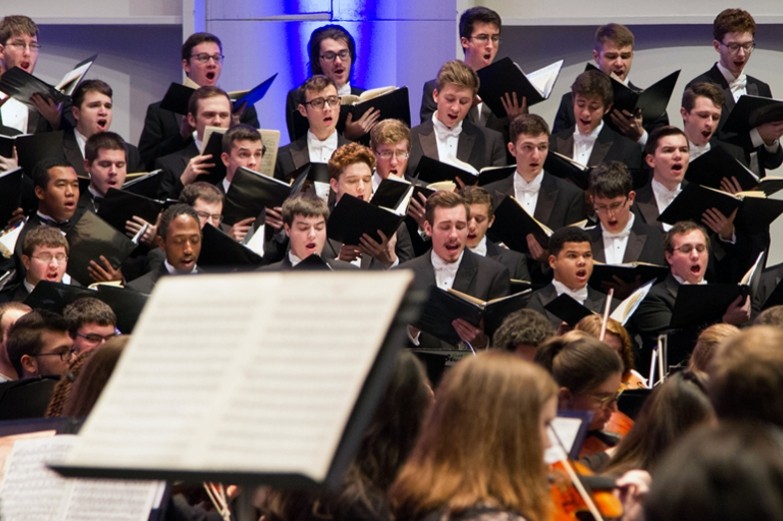 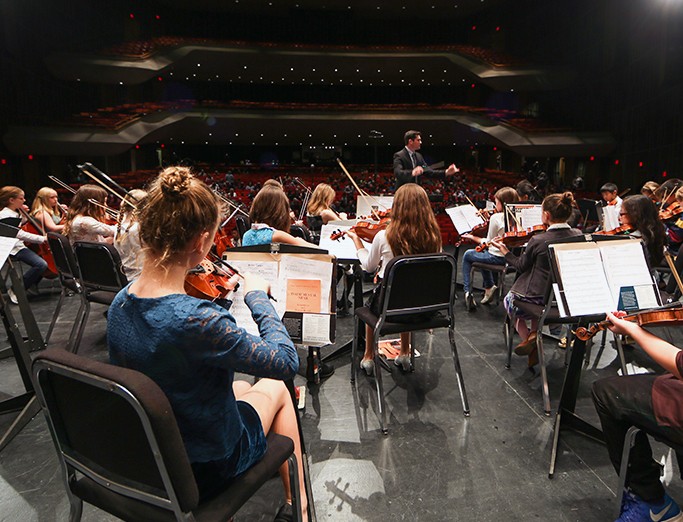 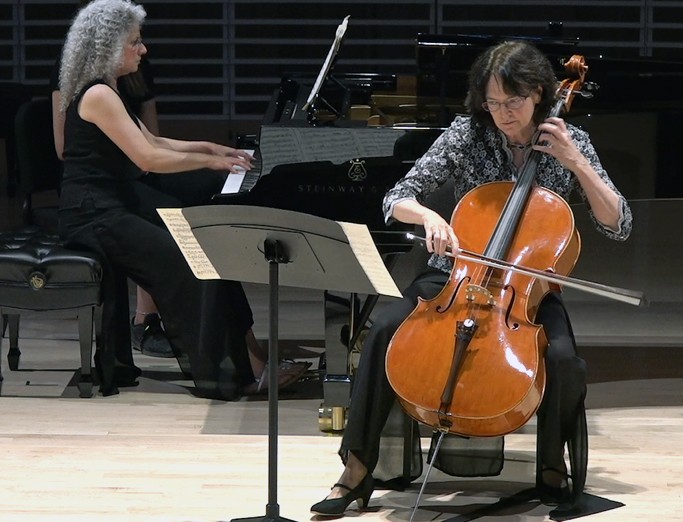 The School of Music scholarly community seeks to foster an environment of passionate curiosity informed by scholarly rigor. While our research areas are quite diverse, the primary themes tend toward musical expression and development, processes of music learning and teaching, deeper understanding of past musical practices, and global perspectives.

The Penn State School of Music has a tradition of research excellence across a wide range of disciplines including music theory, musicology, music education, composition/technology, and performance. Our faculty are highly regarded scholars and performers who share their research and creative expertise in professional journals, conferences, and performance venues throughout the world. The School of Music provides many opportunities for students to collaborate with the faculty as well as to receive guidance for independent research.

Beyond preparing students to develop and thrive as performers, teachers, and scholars, the School of Music offers more than 400 public events each year, and we also hear wonderful performances presented by the Center for the Performing Arts and the Center’s Classical Music Project. In addition, Penn State ensemble students regularly perform in the greatest concert venues on the east coast with our annual President’s Concert series. Expansive performance, research, and outreach opportunities are integral to the School of Music, and enrich the student experience.

School of Music ensembles, ranging from small chamber ensembles to large orchestras, bands, and choirs are open to all Penn State students, regardless of major. Participants receive one academic credit per semester. These credits fulfill General Arts credits in many colleges and majors. Graduate credit (500-level) may be granted in select ensembles at the discretion of the director/conductor.

The School of Music also includes a number of faculty ensembles that perform and record extensively, both in the United States and abroad. These ensembles are often invited to perform at professional association meetings and in educational settings.

Explore All of Our Ensembles

The School of Music’s engagement activities include ongoing concert series presented in the community and throughout the mid-Atlantic region, annual conferences and workshops designed for music professionals, and summer experiences designed for professional musicians as well as for developing performers.

Our concert series include the President’s Concert, an annual event showcasing our best performers in the mid-Atlantic region’s most esteemed concert halls. Beginning in 2007 with a concert hosted by the the University president at Heinz Hall in Pittsburgh, Penn State students have performed at the Kimmel Center in Philadelphia, the Strathmore Centre in Bethesda, MD, the Kennedy Center for the Performing Arts in Washington, DC, and at Carnegie Hall in New York. Closer to home, student performers are welcomed at the monthly “First Thursdays at the Village” series and also perform on weekly “Bach’s Lunch” concerts held each Thursday in Eisenhower Chapel on campus.

Convening each July, the Penn State Honors Music Institute is a one-week immersion in the art of music designed for highly qualified high school musicians. For professional musicians, the Penn’s Woods Music Festival is a two-week resident orchestra and chamber music festival that presents numerous concerts each June. In addition, School of Music students and faculty regularly perform and present their scholarly work throughout the country and the world.

As general director and CEO of Austin Opera, Annie has led the development of a new strategic plan and launched an artistic initiative – Opera ATX – which brings groundbreaking artists to unexpected and unique venues throughout Austin. Before switching her focus to administration, Annie performed with numerous opera companies and orchestras, and was a young artist with Des Moines Metro Opera. In addition to her performance successes, Annie has received many leadership accolades. 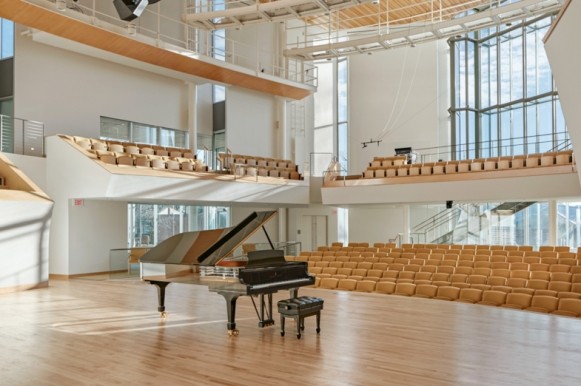 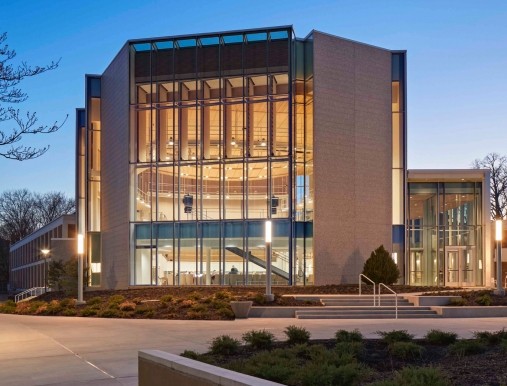 Located on the first floor of the Music Building, this 400-seat auditorium is the primary performance space for the School of Music’s solo and Learn More 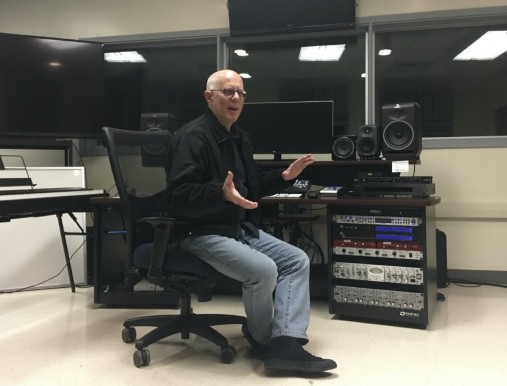 The Recording Studios at Penn State were created for the teaching and research needs of faculty, staff, and students of the School of Music Learn More 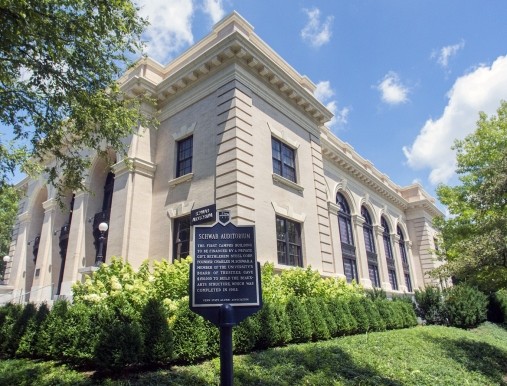 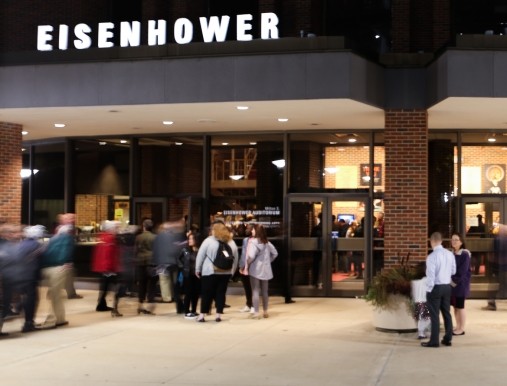 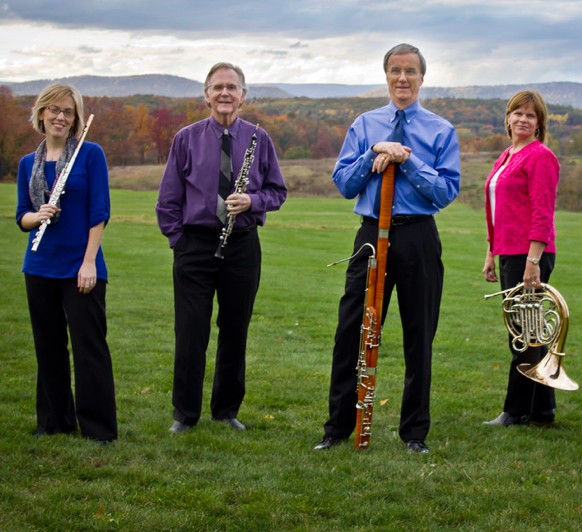 Naomi Seidman, with flute, and three members of a quintet.
See All Faculty

Assistant Professor Naomi Seidman joined the School of Music faculty in 2012. An accomplished solo performer, she has won the Mid-South Flute Competition and the Frank Bowen Young Artist Competition, and was first runner-up in the Myrna Brown Young Artist Competition. She was also a semi-finalist in the Beijing Nicolet International Flute Competition. She has performed as a soloist with the Pennsylvania Centre Orchestra, Santa Fe Symphony, Kingsville Symphony, and Ballet Austin. She has also been an invited performer, judge, and presenter at National Flute Association (NFA) conventions and is a member of the NFA Cultural Outreach Committee. 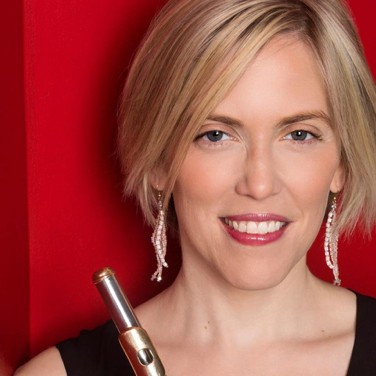 Mark Jarzombek is a professor of the history and theory of architecture at MIT. He works on a wide range of topics, both historical and 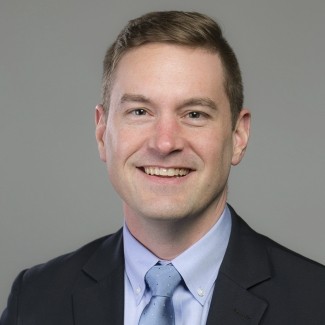 Bryan E. Nichols, assistant professor of music education, recently had an article, "Equity in Music Education: Access to Learning During the Pandemic and Beyond," published in Music Educators Journal. A former

Faced with unique, unprecedented challenges the School of Music takes a science-based approach to pedagogy during a pandemic. Read More

Members of Living Music, a student-run organization focused on promoting new music, have not let the COVID-19 pandemic squash their plans to launch a radio show on WKPS 90.7. Read More
SEE ALL NEWS