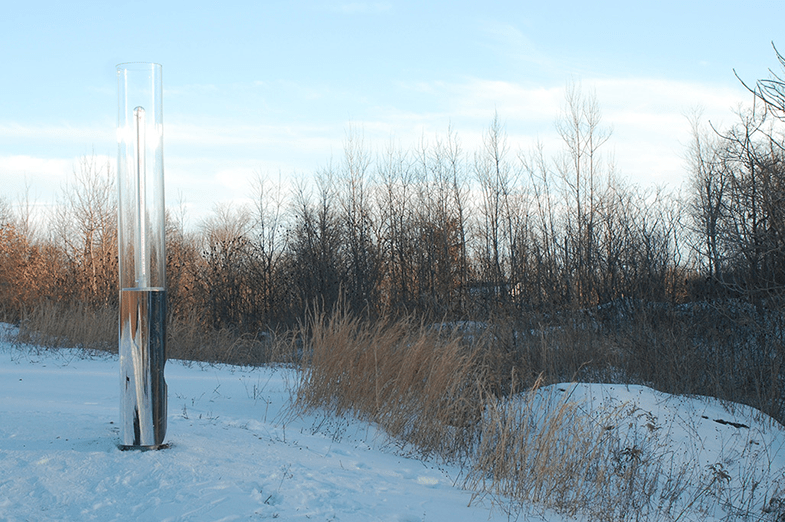 UNIVERSITY PARK, Pa. — A new exhibition examining the long-term spatial and ecological consequences of extraction economies and their impact on climate change will run Jan. 31 through March 4 in the Penn State Stuckeman School’s Rouse Gallery as part of the school’s Lecture and Exhibit Series.

“Sentinel Lands: The Geospace of Mine Fires” delves into the activities that caused the Buck Mountain anthracite vein under the town of Centralia in Columbia County, Pennsylvania to catch fire in 1962. Pep Avilés, one of the exhibition curators and an assistant professor of architecture, reminds that early attempts to extinguish the fire were botched by a host of political and technical miscalculations. As a result of those missteps, the former anthracite mine continues to burn to this day, nearly 60 years later.

“The state of Pennsylvania claimed Centralia under eminent domain in 1992, and most of the inhabitants were relocated using state and federal funds,” said Avilés, who holds the Stuckeman Career Development Professorship in Design. “Today, only three houses, a municipal building and three cemeteries remain.”

The show argues that Centralia should not be described as a near-ghost town, despite the frequent use of that term, but as a sentinel land, a reminder of the spatial consequences of our country’s economic model.

The exhibition builds on an interdisciplinary research project that was led by several Stuckeman School faculty members and 2018 architecture alumna Miranda Esposito. A previous version of the project, titled “Scorched Earth,” was featured in the 2019 Oslo Architecture Triennale.

Exhibition co-curator Cynthia White, adjunct research associate in the College of Arts and Architecture’s Arts and Design Research Incubator (ADRI) and a member of the Penn State Microbiome Center, explains that coal mine fires have always been a constant in human history but the number and impact of them has increased significantly, releasing more harmful levels of methane, carbon monoxide, carbon dioxide, sulfur and toxic particles into the atmosphere.

“Together, these contaminants contribute to climate change and increase the amount of atmospheric pollution affecting the planet,” White said.

Co-curator Laia Celma, assistant professor of architecture, explained that the exhibition concentrates on the cylinder as a formal metaphor for the relationship that our culture of extraction has established with nature.

“The series of objects, images, models, experiments and historical documents selected for the show address the environmental, cultural and social consequences of past and present modes of industrial extraction and present a series of critical spaces emerging at the intersection of geohistory, geobiology and biopolitics,” said Celma.

Celma and Avilés were assisted in the design of the “Sentinel Lands” exhibition by architecture students Audrey Buck, Brad Feitl, Xi Jin and Daniel Lopatka. Can Sucuoğlu, interim director of the Spatial Analysis and Visualization Initiative at Pratt Institute, provided digital and technical knowledge for the exhibition.

The exhibition, which is free and open to the public, will be open Monday through Friday from 8 a.m. to 5 p.m. in Rouse Gallery, located at the Stuckeman Family Building.