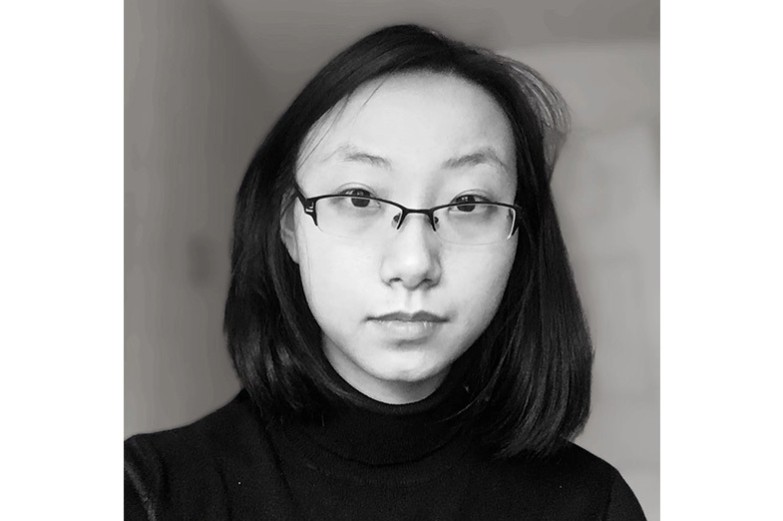 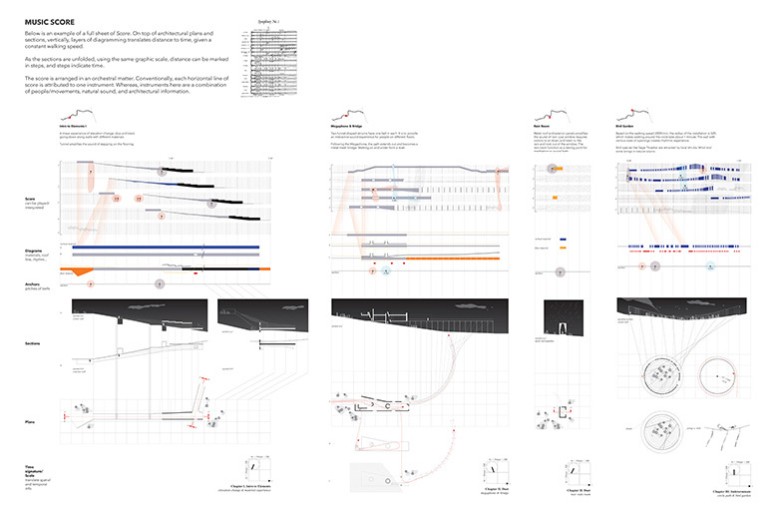 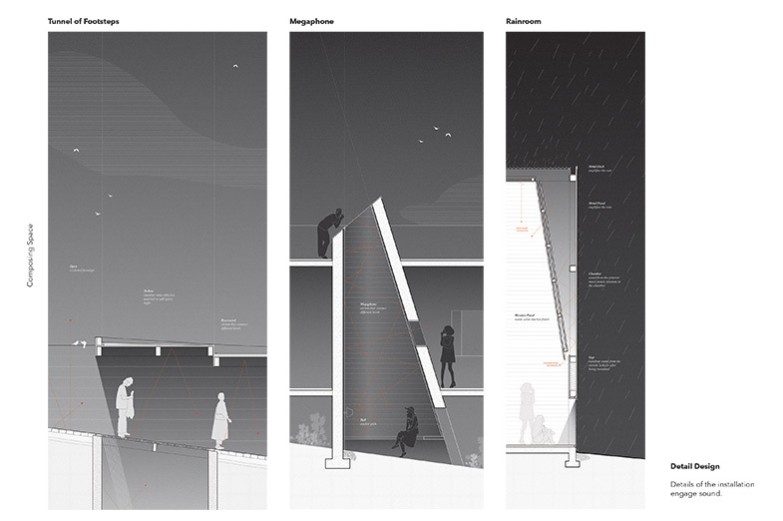 UNIVERSITY PARK, Pa. — Xi Jin, who recently graduated from the Stuckeman School at Penn State with a bachelor of architecture degree, was named the winner of the Department of Architecture’s 2022 Paul M. Kossman Design Thesis Award for her project that explores the similarities between the way music is composed and spaces are designed.

A native of Beijing, China, Jin said she drew on her interactions with music during her childhood when designing her thesis project, which is titled “Composing Space: A spatial and sonic experience.”

“I started learning about music when I was 4 years old so having the experiences of singing and playing instruments over the years gives me another way to see architecture and the design process. In my head, the two have always been close to each other,” she said. “Walking by columns, walls and different materials is musical, so in my thesis project, I wanted to do something to hinge the two realms together and explore the connection more.”

According to the thesis brief, Jin’s project serves as a device to connect the disciplines of music and architecture, and the project consists of two parts: from music to space and from space to music. Jin researched the connection throughout the spring semester by collaborating with composer Emily McPherson and conductor Christopher Kiver from the School of Music.

The first part of the project, explained Jin, is the process of designing acoustic and rhythmic experiences from musical ideas. The second part is creating music from the spatial experience and translating visual information from the “architectural score” to a vocalized choral composition.

Jin’s design itself is a series of sound installations on Antelope Island, Utah, which adds another layer of sonic effects due to the site’s natural soundscape.

“Similar to how architects find inspiration for their work from paintings or other types of arts, musical thinking may help designers to compose space beyond vision, leading to more complex and richer spatial experiences,” she said.

In ‘Composing Space,’ Xi convincingly showed us how musical composition can be a guiding principle for architectural design and, in turn, how architecture can be turned back into music.” — Adam Longenbach, jury member

Sierra Hogan and Sydney Yakowenko each earned honorable mentions for their thesis projects. In “Living Architecture,” Hogan expanded on her study abroad experience in Copenhagen, Denmark to explore a co-living solution for the United States. Yakwenko tackled the topic of the international movement of refugees in her project titled “Thresholds of Bureaucratic Limbo.”

“As a student, I remember Kossman weekend was always buzzing with emotions — a mix of excitement about completing the thesis but also nerves about presenting to the jury and preparing for life after college,” said Longenbach. “Returning to Kossman for the first time as an alumnus and juror, I was struck by how palpable that atmosphere was for me still, particularly when it came time to announce the honorable mentions and Kossman prize winner.”

Longenbach said the jury was particularly struck by Jin’s attention to detail and the thought she put into the full experience of those that would interact with her project.

“In ‘Composing Space,’ Xi convincingly showed us how musical composition can be a guiding principle for architectural design and, in turn, how architecture can be turned back into music. From her material studies on the acoustic properties and acoustic possibilities of steel, wood and concrete, to her careful attention toward her site and the sensory experience of her users, she crafted her project like a finely tuned instrument,” he said. “Consulting with a musician and composer on her project, Xi also demonstrated a set of essential but often overlooked aspects of architectural design: how to productively incorporate other disciplinary expertise into the design process, and more generally, how to be a good collaborator.”

“Xi is developing a synesthetic design approach to create ambiances, connecting architecture and landscape in a fundamental/profound way,” commented Abbas, who was Jin’s thesis adviser as well as her instructor for a Paris studio and thesis prep courses.

The annual Kossman Design Thesis Award is presented to the most deserving fifth-year student in the professional bachelor of architecture program for excellence in design based on their senior thesis, as recommended by the faculty and the jury to the head of the Department of Architecture.

Named for 1949 Penn State architectural engineering alumnus Paul Kossman, the thesis competition began in 1990 and has since become a coveted award among fifth-year architecture students.

“The end of thesis feels like a resting point and a new start,” said Jin, who graduated from Penn State with minors in geography and architectural history. “I’m grateful for the feedback and references I received from the jurors, and I feel encouraged to reach out to people out there who are interested in this topic to discuss and collaborate with them.”

Jin will begin her graduate studies this summer at the Columbia University Graduate School of Architecture, Planning and Preservation, where she will be pursuing a master’s degree in architectural design.