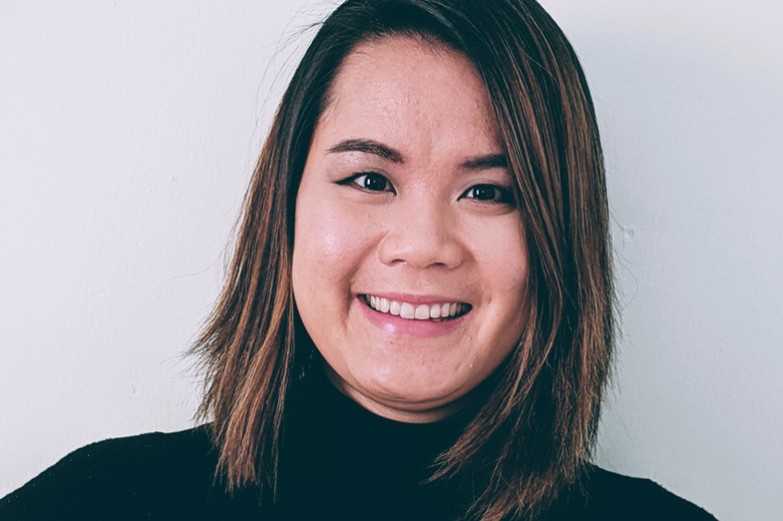 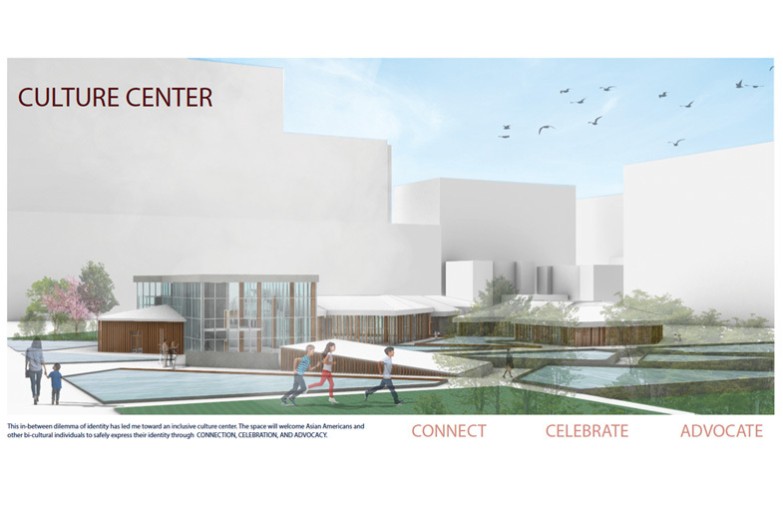 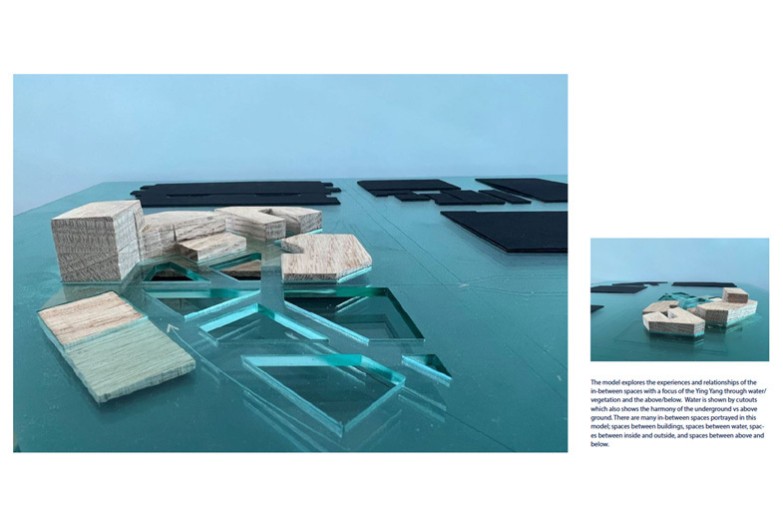 UNIVERSITY PARK, Pa. — LewYong Gerbrandt, who graduated in May with a master of architecture degree from the Stuckeman School at Penn State, drew from her own life experiences as an Asian American to explore one’s identity through society and space in her thesis project, which earned the Department of Architecture’s 2022 Jawaid Haider Award for Design Excellence in Graduate Studies.

In “The In-between Space through Identity,” Gerbrandt delves into the challenges Asian Americans face in the United States and the alienation they often experience by not neatly fitting into one culture or the other.

“My whole life, I’ve been asked, ‘Where are you from?’ and then I respond and get asked, ‘No, where are you really from?’ because my race doesn’t match my nationality,” explained Gerbrandt, who is from Butte, Montana. “This need for us as Asian Americans to explain our origins is bothersome as it creates a sense of identity confusion and makes us question our belonging in American society. Being in between two cultures makes me part of the Asian diaspora that I explore in my capstone project.”

In her project, she proposes a design for a cultural center that connects, celebrates and advocates for Asian identity through relationships of the “in-between” elements of yin and yang, which is an ancient Chinese concept that describes that all things in life exist as inseparable and contradictory opposites. The yin and yang elements that Gerbrandt explores in her project are above-below, vegetation-water, old-new and in-out, with each element paying homage to Asian culture and architecture.

“All of these yin and yang elements are celebrated and make this cultural center a space for Asian Americans to gather, to have a sense of belonging and to feel empowered to freely express themselves,” she said.

DK Osseo-Asare, assistant professor of architecture and engineering design and the master of architecture capstone instructor, says he was impressed by Gerbrandt’s exploration of such a personal issue for her thesis project.

“Lew bravely researched a complex topic, and her capstone design project presents interesting opportunities for architecture to operate both as nested public spaces and well as an enabling process for Asian American communities to co-create community formation variously at multiple scales,” he said.

The Haider award recognizes the most deserving master of architecture student for excellence in design, based on their culminating project/thesis. The award recipient is chosen by the head of the Department of Architecture upon recommendation by the faculty and the jury.

Now in its third year, the Haider Award for Design Excellence was established in honor of the late Jawaid Haider, a long-time architecture professor at Penn State who died in 2018, with support from his family, friends and colleagues.

“It means the world to me that my hard work has paid off and that through my work, people can start to understand the challenges Asian Americans have in this society, “said Gerbrandt. “It is my hope that my capstone design can encourage Asian Americans to connect, celebrate and advocate for themselves.”

Gerbrandt, who earned her undergraduate degree in interior design from Purdue University, will begin her professional career with Michael Graves Architecture and Design in Washington, D.C., with the hopes of eventually starting her own firm that focuses on the cultural aspects of architecture.

“It is important for architects to understand the people that they are designing/building for,” she said. “There is always something more unique and challenging below the surface of a person that could become a great solution or design for the architectural world.”