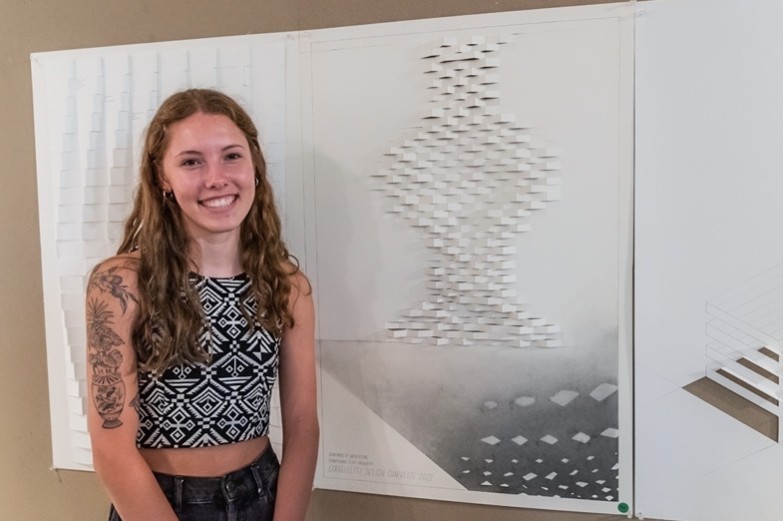 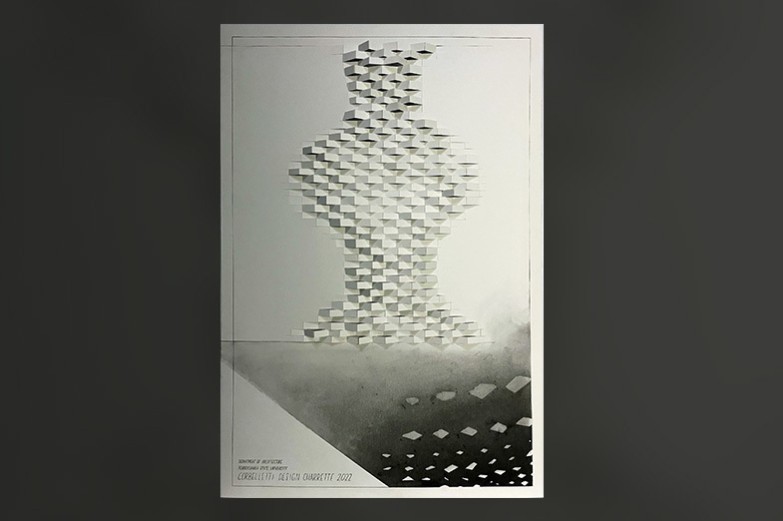 UNIVERSITY PARK, Pa. — Sophie Marks, a third-year architecture student in the College of Arts and Architecture’s Stuckeman School, was named the winner of the Department of Architecture’s 2022 Corbelletti Design Charrette.

A total of 188 entries were submitted by upper-level architecture students for consideration for the coveted Corbelletti prize.

“One of the hardest things in architecture school is being able to take the thoughts in your head and put them to paper in a way that your professor will understand,” said Marks, who is from Chester Springs, Pennsylvania. “Winning the Corbelletti prize means that I was able to articulate my ideas into a drawing, and that my intentions were understood by the audience and judges.”

Tsz Yan Ng, principal of Tsz Yan Ng Design and associate professor of architecture at the University Michigan’s Taubman College of Architecture and Urban Planning, was this year’s visiting architect and guest juror for the competition. Ng authored a brief that she presented to students on Monday, Aug. 22 that centered around the theme of “Façade Integration.”

In her brief, Ng challenged the students to “…employ kirigami techniques of paper cutting and folding to develop a façade design as a 2.5-dimensional relief. The cutting/scoring should be done by hand to observe how it captures shade and shadows (directly on the paper and in representation of intended design). The drawing and cutting should describe the façade, with the integrated qualities, especially in how it might direct light and air.”

“I wanted the kirigami aspect of the prompt to create an optical illusion, and cause viewers to hesitate as they tried to figure out how I accomplished the final look,” explained Marks. “This approach required a lot of test trials, so I was able to use one of my discarded models to cast a realistic shadow onto my paper, which is where I was able to incorporate the graphite aspect of the prompt.”

“There were some very creative examples of responses to Professor Ng’s prompt, many students really took on the challenge of not only doing a drawing using pencil or pen, but also using folding and cutting paper,” said Davis. “A number of the honorable mentions were strong in either paper manipulation or drawing; and finding the balance of an entry that combined both techniques to present the fullness of the prompt was what distinguished Sophie Mark’s response.”

Named for past Department of Architecture head Raniero Corbelletti, the annual Corbelletti Design Charrette traditionally marks the start of a new school year for Penn State architecture students and celebrates hand-drawn design. To see the past winning designs, visit the Corbelletti Digital Archives or stop in the Stuckeman Family Building on the University Park campus to view the framed originals.