The Raneiro Corbelletti Memorial Student Awards Fund was established by George H. Miller (’73 B.S. Arch.) and his wife, Anne Tichich, in memory of Corbelletti who was head of the Department of Architecture at Penn State from 1968 to 1988.

Additional support for the fund was established by Lou Astorino (’69 B.S. Arch.).

Corbelletti had a significant influence on many Penn State architecture students during his tenure at the University, during which time he also served as interim dean of the College of Arts and Architecture.

Winners typically use their awards to help fund their study abroad expenses. 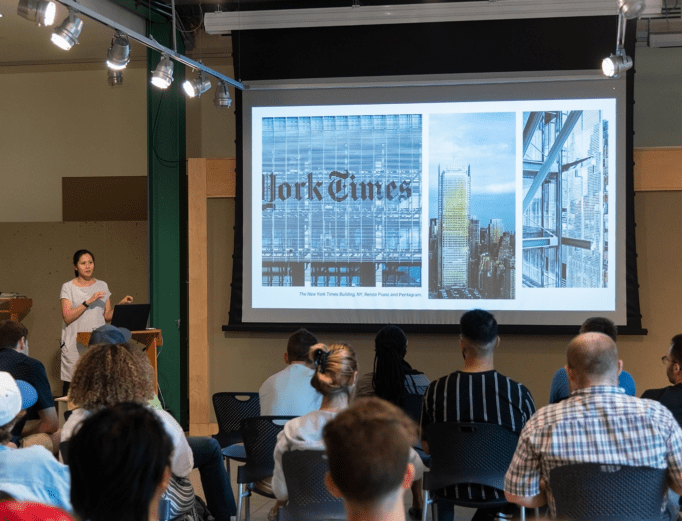 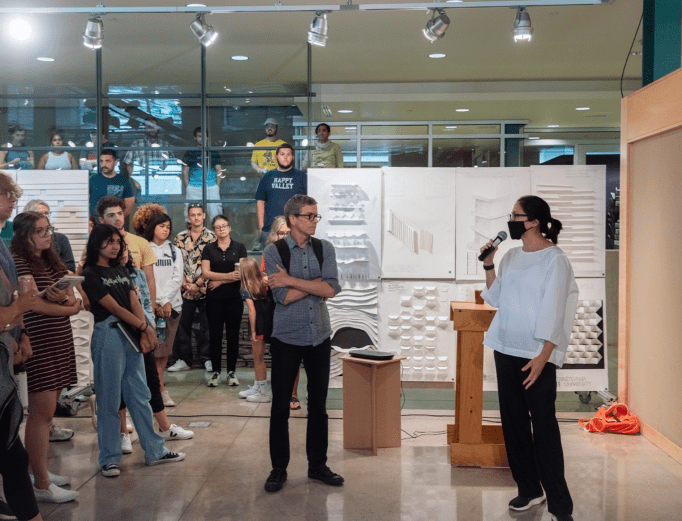 The annual Corbelletti Design Charrette traditionally marks the start of a new academic year for upper-level Penn State architecture students. A competition brief is authored and presented by at least one visiting architect to students within the first few days of the fall semester. The visiting architect hosts a lecture to delve deeper into the motivations behind the brief, and also serves as the guest juror of the competition.

Students are to consider the intellectual notions presented in the brief — along with historical precedents, projects, and relevant literature — as they undertake to craft a hand-drawn narrative and visual design response to the brief over the next several days.

Entries are due by the end of the week and are traditionally displayed in the Stuckeman Family Building Jury space for open judging. An awards ceremony is held following the judging session. Jurors award a first-place winner and may also determine second-place and honorable mention submissions.

The Corbelletti Competition is open to second-year through graduate-level architecture students.

Visit the Corbelletti Digital Archives to view the winning designs. 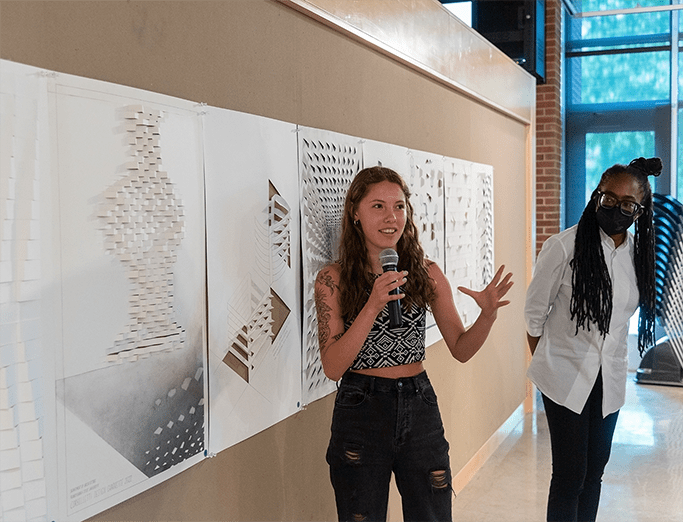