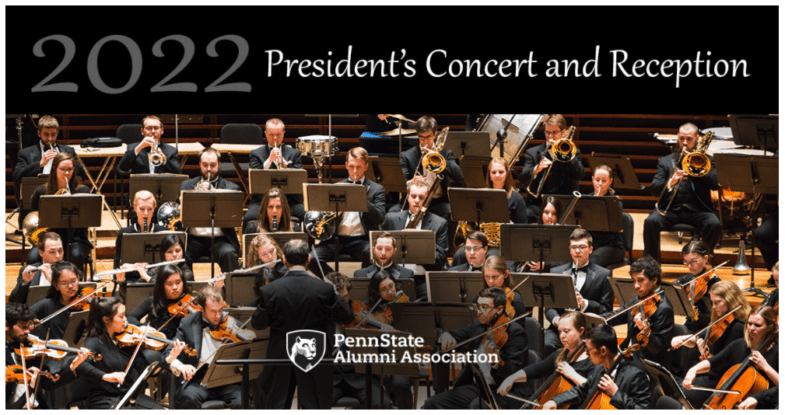 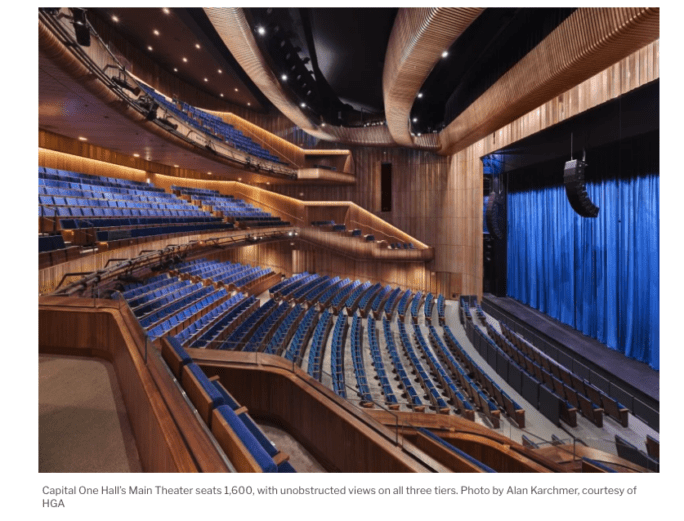 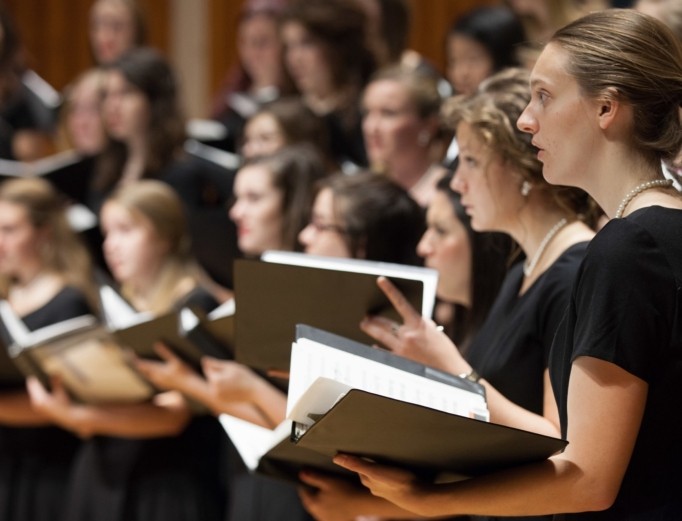 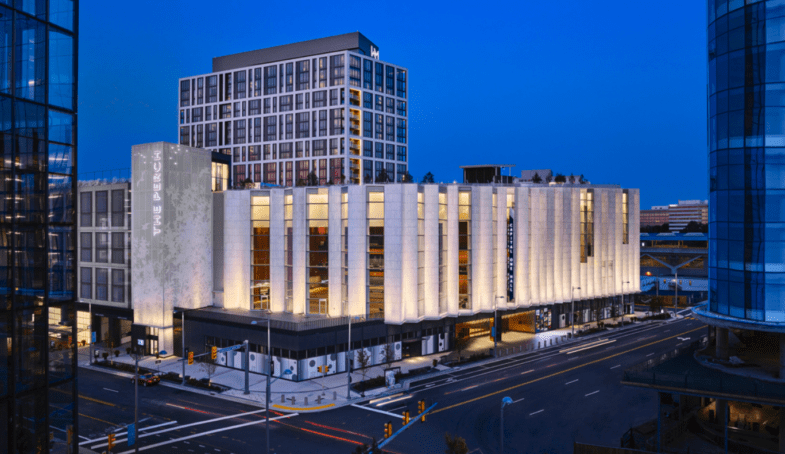 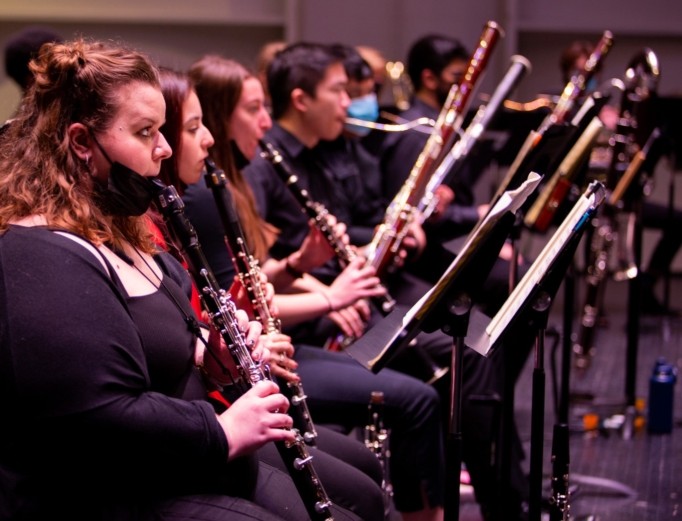 The 15th Penn State President’s Concert and Reception will be held at 7:30 p.m. on Wednesday, March 16, in the new Capital One Hall in Tysons, Virginia. The concert, the last to be hosted by retiring Penn State President Eric Barron, will include the Philharmonic Orchestra, under the direction of Professor Gerardo Edelstein, and Oriana Singers, conducted by Dr. Kathryn Hylton. The annual event is sponsored jointly by the Penn State Alumni Association and the School of Music, with a reception for alumni and friends preceding the concert.

This is the Oriana Singers’ first appearance at a President’s Concert. The treble voice choir was founded in 1995 by Dr. Lynn Drafall and has appeared both on and off campus singing music written for treble voices from the 16th to the 21st century: madrigals, motets, part-songs, folk songs, musical theatre, and music by female and underrepresented composers. Dr. Kathryn Hylton is associate director of choral activities in the School of Music. The choir is composed of 60 students representing a wide variety of majors at University Park.

The Philharmonic Orchestra has performed throughout the northeastern United States, including concerts at New York City’s Carnegie Hall, Pittsburgh’s Heinz Hall, Philadelphia’s Kimmel Center, and the MENC Eastern Division Conference in Baltimore. In March 2006, the orchestra participated by invitation in the Sixth International Orchestra Festival in Zaragoza, Spain. Enrollment, open to all University Park students, is by audition at the beginning of each semester. Gerardo Edelstein is the music director.

At 6:00 p.m., please join Penn State alumni and friends for a pre-concert reception in the The Atrium at Capital One Hall, hosted by Penn State President Eric Barron and the Penn State Alumni Association. Those attending the reception will be escorted to reserved seating for the President’s Concert. Admission to the concert and reception is $35 for Alumni Association members and students (ages 6-17), and $55 for non-members. Children under 5 are free. Business attire is recommended. For those wishing to attend the reception and concert, please use this linked online pre-registration form.

TICKETS TO CONCERT ONLY

If you are unable to attend the Alumni Association’s pre-concert reception but would like to attend the 7:30 p.m. performance, please visit the Capital One Hall website to purchase tickets. General admission tickets are $25 plus fees; discounted student tickets are $10 plus fees.

STUDENTS INTERESTED IN PENN STATE and the SCHOOL OF MUSIC

Concert tickets for music students and their guests are provided free of charge by the Penn State School of Music. To reserve tickets, please use this linked President’s Concert Ticket Order Form.

The annual President’s Concert series provides an opportunity for Penn State students to present concerts in the most renowned performance venues on the East Coast. In its history, Penn State ensembles have traveled to Heinz Hall (Pittsburgh), the Kennedy Center (Washington, D.C.), Carnegie Hall (NYC), the Kimmel Center (Philadelphia), the Strathmore Centre (Bethesda, MD), and the Forum Theatre (Harrisburg, PA).

COVID STATEMENT – All Capital One Hall event attendees over the age of 12 must provide proof of full vaccination (one J&J shot or two Moderna/Pfizer shots), the last dose of which was administered at least 14 days prior to entering Capital One Hall, or an approved* COVID-19 negative test taken no more than 48 hours before entering Capital One Hall. Proof of vaccination can be your physical vaccine card or a photo of your card. The name on the card or negative test must match the name on your photo ID. Entry requirements subject to change.

All attendees over the age of 2 must wear protective masks regardless of vaccination status while inside Capital One Hall except when actively eating or drinking.

READ ABOUT THE NEW HALL:
https://www.arlingtonmagazine.com/capital-one-hall…/

KNOW BEFORE YOU GO: https://www.capitalonehall.com/faq

PARKING: Garage parking will be available for every performance at Capital One Hall in the parking garage on Capital One Drive near the corner of Scotts Crossing Road. You can purchase a parking pass when buying performance tickets or on-site the night of the event for $10. Parking is available to patrons on a first-come, first-served basis. It is possible for the parking garage to become full on busy performance days. Parking will open 4 hours prior to show time.