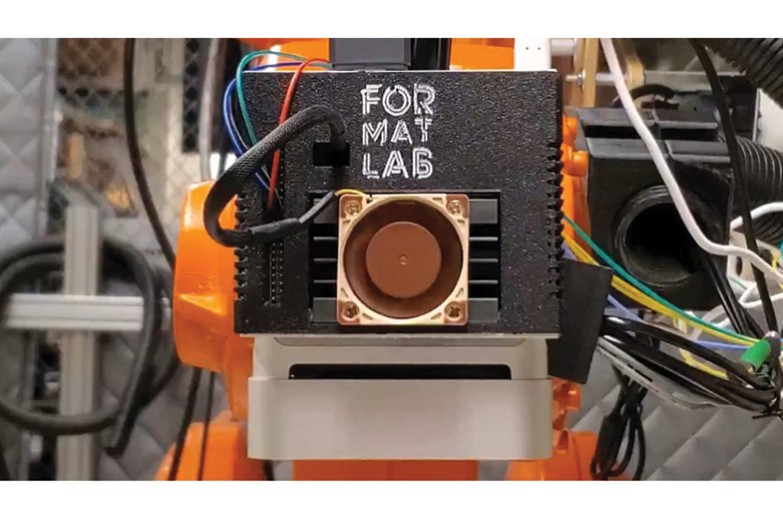 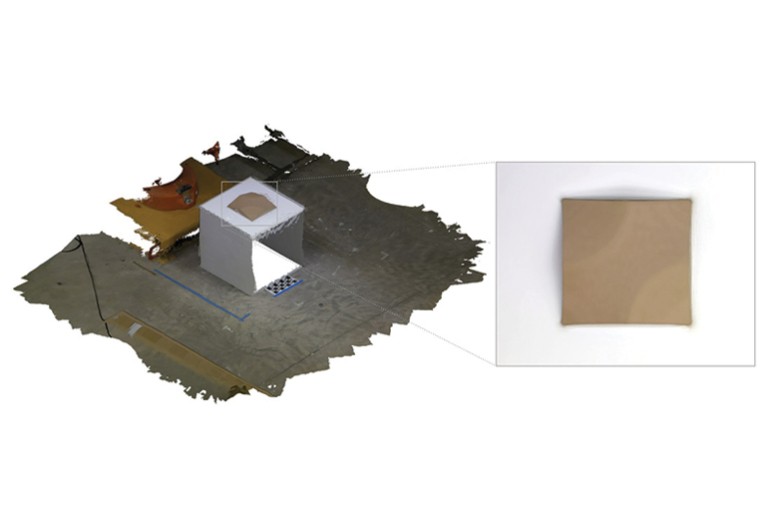 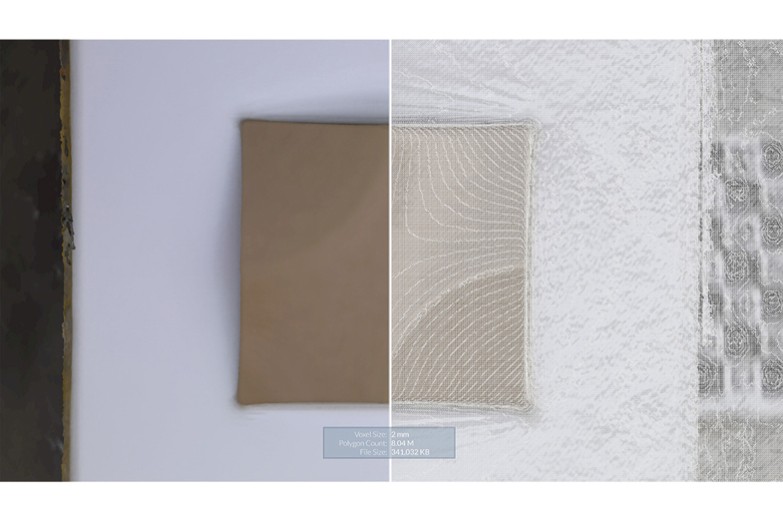 UNIVERSITY PARK, Pa. — Benay Gürsoy, assistant professor of architecture in the Stuckeman School, and Özgüç Bertuğ Çapunaman, an architecture doctoral student that she supervises, were awarded two grants totaling $50,000 from Autodesk, Inc. for proof-of-concept of their “See-Sense-Respond” research project, which focuses on adaptive robotic fabrication.

Gürsoy and Çapunaman’s collaboration with Autodesk began with an initial connection through Kreysler and Associates, a California-based company that focuses on the production of fiber-reinforced polymer architectural panels.

According to Gürsoy, who had previously visited Kreysler and Associates’ production centers in 2018, “​There was a desire – and a need – to automate the fabrication of large-scale architectural panels with double curvature.”

When Çapunaman started his doctoral studies at Penn State in Fall 2019, Gürsoy got in touch with Bill Kreysler, the director of the company, to initiate a collaboration for Çapunaman’s doctoral research.

“Bill Kreysler put us in touch with the former director of Autodesk’s robotics division, Erin Bradner. Özgüç and I made a presentation to Bradner about the ‘See-Sense-Respond’ project in March 2021,” said Gürsoy.

Following the presentation, Autodesk donated $25,000 to Gürsoy’s Form and Matter (ForMat) Lab within the Stuckeman Center for Design Computing to support research efforts on adaptive fabrication.

In July 2021, a second presentation was given to the new director of the Autodesk robotics division, Sachin Chitta. Following that meeting, another $25,000 was contributed to Gürsoy’s lab.

Çapunaman also had an opportunity to visit Kreysler and Associates’ facilities in July 2021.

“During my visit, I gathered insights into the current tooling processes,” he said. “I will visit their facilities again to test and gather data for future development stages.”

Çapunaman holds a master’s degree from Carnegie Mellon University in computational design, and he is now leading the research efforts on adaptive robotic fabrication within the ForMat Lab.

“Özgüç’s ultimate goal in his doctoral studies is to develop a ‘co-creative’ robotic fabrication framework,” explained Gürsoy. “Acknowledging that the ‘co-creative’ fabrication scenario first necessitates making the robots see, sense and respond to the physical environment in real-time, the research is devised in three sub-stages, each building on the previous with added technical complexity.”

According to Çapunaman, the research they are doing on adaptive robotic fabrication will help further research for other fabrication projects.​

​“We believe that such a framework can be easily adapted to different architectural robotic fabrication workflows and potentially integrated into larger robots for large-scale applications, including the on-going research efforts in our lab on 3D printing mycelium-based composites and various other research efforts in our department, including in-situ additive manufacturing of concrete structures,” he said.