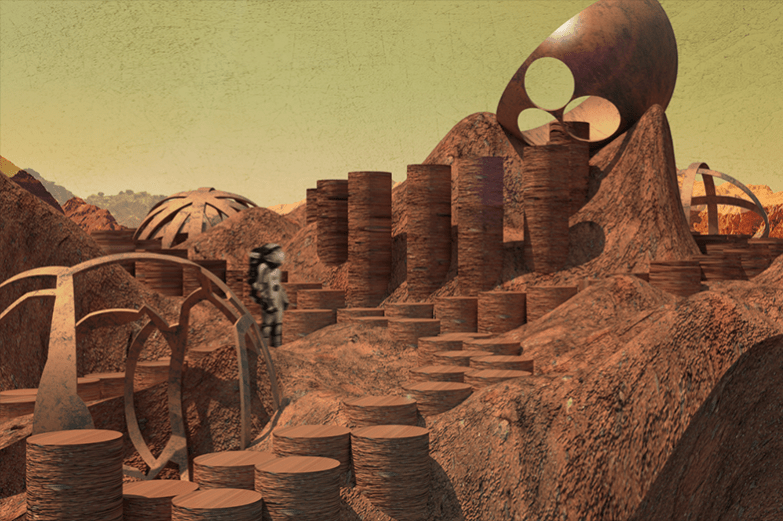 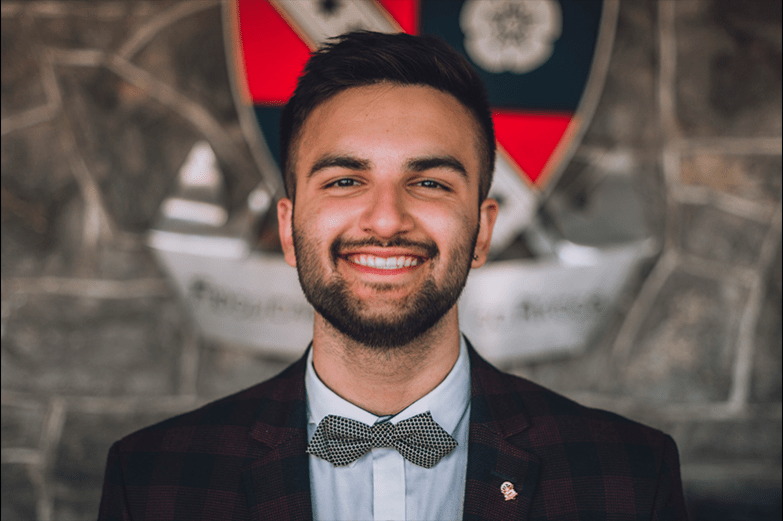 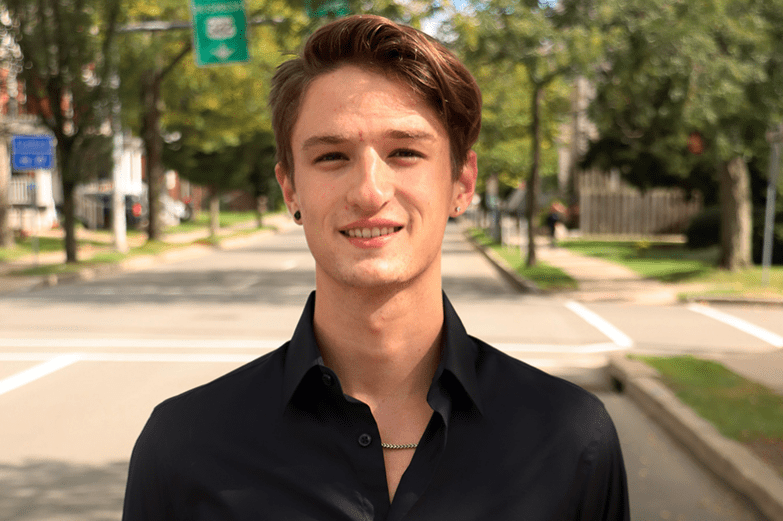 UNIVERSITY PARK, Pa. —  A pair of students pursuing their bachelor of architecture degrees from the Stuckeman School at Penn State earned fourth place/honorable mention honors in the Museum of Outdoor Arts (MOA) third annual national collegiate design competition as part of its Design and Build program.

Shwetanc Bothra, a native of Mumbai, India and a fifth-year Schreyer Honors College scholar in the Department of Architecture, and fellow fifth-year student Hunter Keene teamed up to earn a $500 prize for their submission.

In their proposal, Bothra and Keene proposed “Ascend,” a monument that “serves as a cautionary tale by reflecting on human existence so far.” It is, according to Bothra and Keene, “a journey that reflects on the highs and lows of human evolution ending in an ascension to a cognizant way of living. We challenge the preconceived notion of monumentality by creating a canvas on which Martian conditions could be expressed.”

According to the duo, it was important to them that Mars would have as much of an effect on the monument as the monument has on the Red Planet.

“By using Martian soil to form [the structure], we dictated the lifespan of the monument; as it came from the soil, so shall it return,” they explained. “The monument will change over time and eventually disintegrate, being left in the past as all our mistakes should be.”

Both Bothra and Keene said the experience of the MOA competition has them looking toward their future endeavors.

“As I prepare to be a space architect, which is my career goal, an honor such as this is rewarding and affirms that I am on the right path,” said Bothra, who is minoring in architectural history and art history. “This project is a culmination of five years of critical thinking. It has allowed me to reimagine what future worlds could look like and what [architectural] values they could retain.”

Keene, who is originally from Weehawken, N.J., said he was excited at the opportunity to pursue new design opportunities.

“This is such a rewarding outcome to an exhaustive, yet enjoyable, effort,” he said. “In the future, I strive to push boundaries with my designs so validation on this scale only invigorates those aspirations.”

Headquartered in Englewood, Colorado, MOA is a non-profit arts organization that is considered a forerunner in the placement of site-specific sculpture in Colorado. MOA’s Design and Build program was established in 1991 as an opportunity for emerging artists and students to express their creativity in collaborative art, architecture and design projects. Assisted by professional faculty and artists-in-residence, program participants have produced original site-specific art works for MOA’s gallery and public spaces throughout the Denver-metro area.

To learn more about MOA, the Design and Build program and this year’s design competition winners, visit moaonline.org/2021-competition-winners.