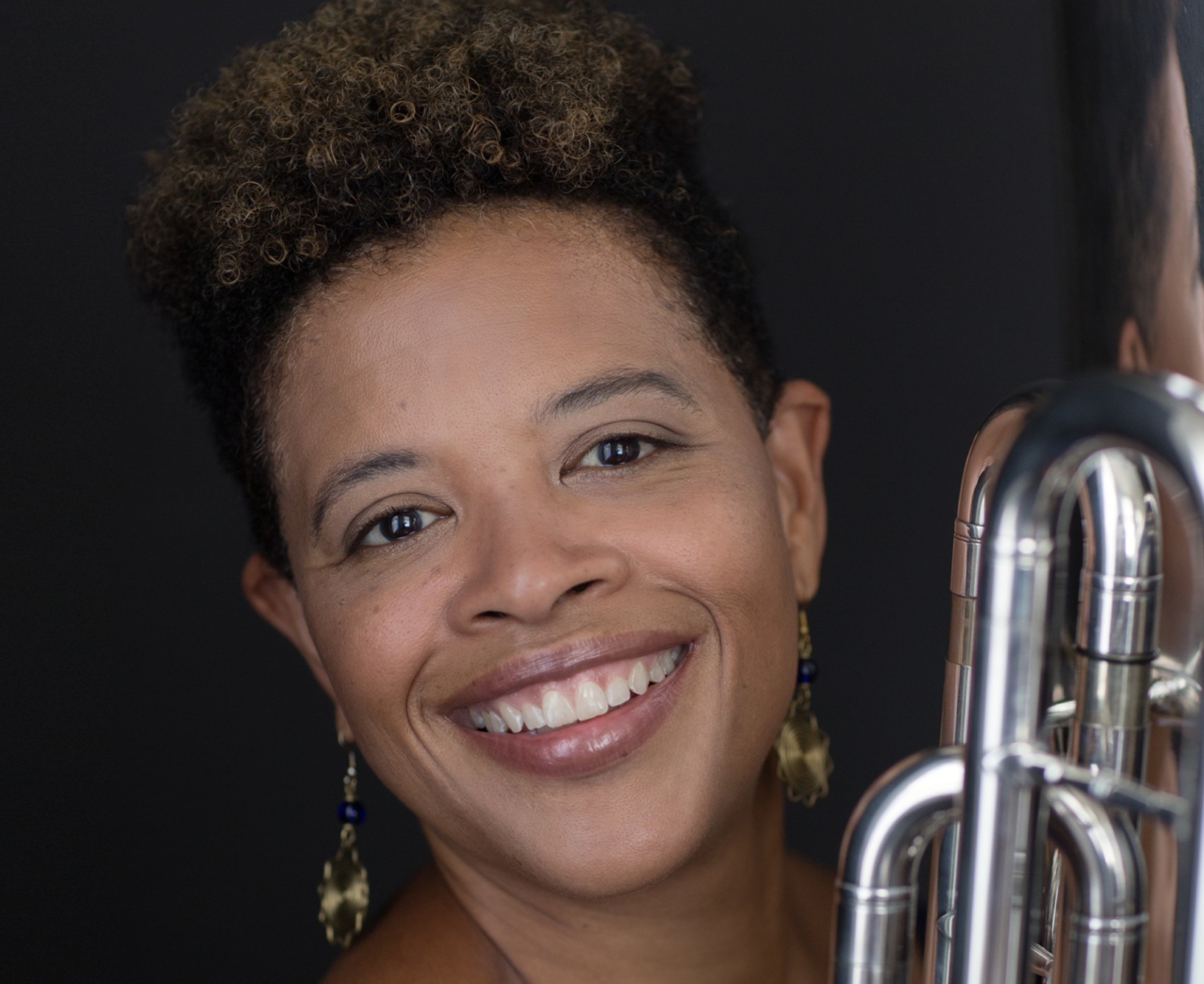 Velvet Brown, professor of music in tuba and associate director for equity, diversity and inclusion in the School of Music, has been named the inaugural David P. Stone Chair in the School of Music, an endowed position created through an estate gift from the late Penn State alumnus and donor to attract and retain world-class faculty.

“My School of Music colleagues and I are thrilled to receive the David P. Stone Chair and that the first recipient is to be Professor Brown,” said David Frego, director of the School of Music. “Velvet is a true global artist and educator. Her five-year plan for the use of the proceeds from the endowed chair will enhance the mission of the school and the college.”

Brown, who joined the Penn State faculty in 2003, enjoys a professional career as an international soloist, chamber ensemble performer, recording artist, composer, conductor and orchestral player. She recently served as principal tuba with the Hope and Harmony Ensemble, which recorded a video of fanfares for the 2021 Presidential Inauguration. Brown has made regular appearances throughout Italy, Switzerland, Austria, Germany, Finland, France, England, Hungary, Slovenia, Russia, Japan, Cuba, Canada and the United States. Many of her successful students have obtained prestigious playing and teaching positions and are prize winners at various regional, national and international competitions.

Influenced by personal experiences, she explores in music how life events shape one’s creativity, which involves soul-searching musical patterns and collaborations. As the David P. Stone Chair, Brown is planning a diverse range of projects that support the mission of the School of Music.

“I am honored and thrilled to be named the David P. Stone Chair in Music. This will allow me to continue my research and creative activities to elevate the expectations of performers and educators in today’s diverse musical world,” said Brown. “The projects and collaborations include working with Penn State Hershey Medical Center to use the sounds of the tuba to provide comfort for babies in the NICU, editing and publishing 25 compositions/arrangements by jazz great Howard Johnson, and continuing my initiative with instrument design for people with physical challenges, as well as commissioning and recording projects for the Tuba Euphonium Ensemble and recording tuba solos with orchestras around the world.”

My work will truly support the mission of the School of Music, focused upon collaboration, human interaction and the profound expression of human feelings and emotions. I am very excited!”
-Velvet Brown

Brown, who is also a visiting artist at the Peabody Institute at Johns Hopkins University, has served as principal tuba with the River City Brass Band, guest principal with the Lahti Philharmonic in Finland, the Detroit Symphony and San Francisco Women’s Philharmonic Orchestra, and tubist with the Saint Louis Symphony and Fort Wayne Philharmonic. She has been a featured invited solo artist or tuba solo artist adjudicator at the International Tuba and Euphonium Conferences since 1998. She has also served as guest conductor for festivals throughout the United States and abroad.

Brown has garnered high praise as a founding and current member of Stiletto Brass Quintet, Monarch Brass Quintet and Brass Ensemble, the Quintet of Americas and the Pennsylvania Brassworks. She is also a founding board member of the International Women’s Brass Conference and serves as the artistic director of the Chromatic Brass Collective.

Brown has released five solo CDs and has collaborated on several other recordings as a soloist and ensemble member. Her sixth solo CD recording will be released in spring 2021.