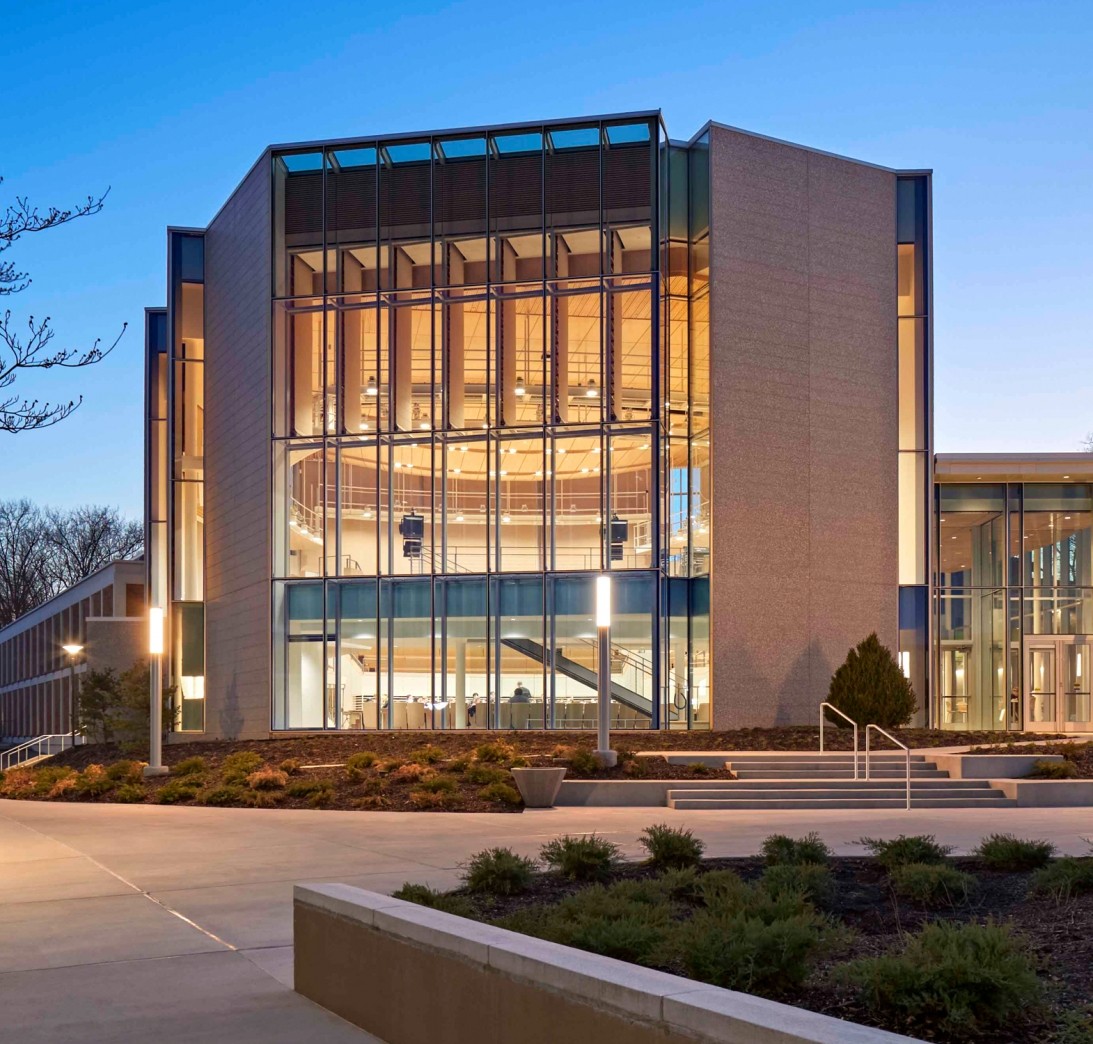 The David P. Stone Chair in the School of Music has been established in the name of the late Penn State alumnus, philanthropist and music enthusiast who was a fervent supporter of the school for almost 20 years.

Stone graduated from the College of Engineering in 1967 and began supporting the College of Arts and Architecture’s School of Music in 2000. His dedication to the school resulted in a major gift for the new Recital Hall, which features the Olsan-Stone Terrace named in honor of Stone’s parents.

In November 2017, Stone toured the Recital Hall construction site and imagined the view from the terrace. College of Arts and Architecture Senior Director of Development Don Lenze said Stone was thrilled with the aesthetic of the terrace, especially the idea of vibrant flowers, which reminded him of his family’s greenhouses in Iowa where he grew up.

That trip to Penn State would sadly be his last. Stone died in January 2018, prior to completion of the Recital Hall, from injuries suffered in an automobile accident.

“David was an incredible guy,” Lenze said. “He was thoughtful, reflective and a joy to be around. Naming the terrace after his parents was a true joy for him, and his generosity spoke volumes about the type of man he was.”

Although he began his professional life as a chemical engineer, Stone would eventually earn a law degree and serve as an attorney for the Environmental Protection Agency. His office was located just steps from Broadway, which allowed Stone, a saxophone and piano player, to stay connected with the music scene in New York.

“David loved to mention that he performed on Broadway,” Lenze said. “He would say, ‘My office is located on Broadway, and I get to play at the Christmas party every year.’”

In late 2017, Stone secured his Penn State legacy by joining Penn State’s Atherton Society through the generous inclusion of the School of Music in his estate plans. In September 2020, the estate was settled, and the $2 million gift to the school was realized.

School of Music Director David Frego said Stone was an advocate for students and faculty, and through his time visiting campus he became an irreplaceable friend and supporter of music.

“Because of David’s unwavering support for our school, we can expand our mission of excellence in teaching and scholarship,” Frego said. “While the purpose of a named chair is to attract and retain world-class faculty, the impact goes much further. In his name, we will be able to attract students to come and learn alongside a world-class faculty member and grow into the next great performer and scholar.”

This gift will advance “A Greater Penn State for 21st Century Excellence,” a focused campaign that seeks to elevate Penn State’s position as a leading public university in a world defined by rapid change and global connections. With the support of alumni and friends, “A Greater Penn State” seeks to fulfill the three key imperatives of a 21st-century public university: keeping the doors to higher education open to hard-working students regardless of financial well-being; creating transformative experiences that go beyond the classroom; and impacting the world by serving communities and fueling discovery, innovation and entrepreneurship. To learn more about “A Greater Penn State for 21st Century Excellence,” visit greaterpennstate.psu.edu