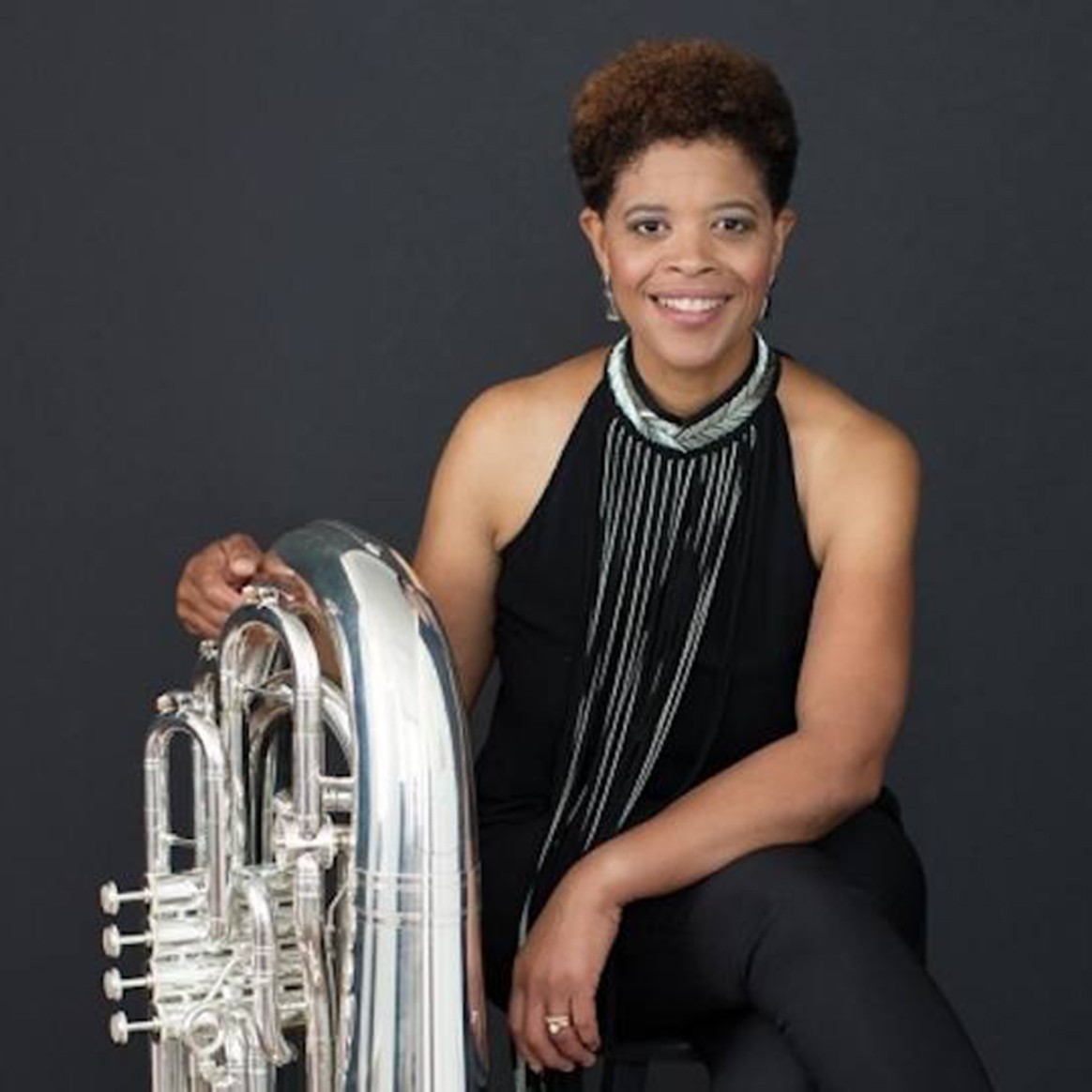 Velvet Brown is profoundly passionate about teaching and is a Distinguished Professor of Music at Penn State. She teaches applied tuba and euphonium and coordinates the brass chamber music program. Many of her students have obtained prestigious playing and teaching positions and were prizewinners at various regional, national, and international competitions. Brown also serves as the associate director for equity, diversity and inclusion in the School of Music.

Brown enjoys a career as professor, international soloist, chamber ensemble performer, recording artist, conductor, and orchestral player. She has performed and taught in Italy, Switzerland, Austria, Germany, Finland, France, England, Hungary, Slovenia, Russia, Japan, Cuba, Canada, and the United States. She is currently the principal tubist of the New Hampshire Music Festival Orchestra. Brown was honored to be principal tuba with the Hope and Harmony Ensemble, which recorded a video of fanfares for the 2021 Presidential Inauguration conducted by Marin Alsop. She has served as principal tuba with the River City Brass Band, guest principal with the Lahti Philharmonic in Finland, the Detroit Symphony, and San Francisco Women’s Philharmonic Orchestra, and as substitute or additional tubist with the Saint Louis Symphony and Fort Wayne Philharmonic.

Having performed and worked closely with jazz, commercial, and classical artists regarded as some of the most influential musicians of all time, including Howard Johnson, Bob Stewart, Marie Speziale, and Doc Severinsen, Brown felt inspired to explore new territories in her music career. As a consequence, influenced also by some personal experiences, she decided to explore in music how life events shape one’s creativity and thus started a veritable music renaissance, which involves soul-searching musical patterns and a more profound relationship with the audience. She is the co-founder of MOJATUBA: Tuba and Dance Fusion Project, and is in her 15th year as lead tuba with Howard Johnson’s “Gravity” Tuba Jazz Ensemble.

Brown has been an invited solo artist or tuba solo artist adjudicator at the International Tuba and Euphonium Conferences since 1998. She has also served as guest conductor for festivals in the United States in Maine, Kentucky, New Hampshire, Massachusetts, Ohio, Indiana, and Pennsylvania, as well as abroad in Austria, Italy, Slovenia, Japan, and Canada. Brown is also honored to be a visiting artist at the Peabody Institute at Johns Hopkins University. Prior to her tenure at Penn State, she taught at Bowling Green State University (Ohio), Ball State University (Indiana), and served as an associate director of university bands at Boston University.

Brown has garnered high praise as a founding and current member of Stiletto Brass Quintet, Monarch Brass Quintet and Brass Ensemble, the Quintet of Americas, and the Pennsylvania Brassworks. Moreover, she is also a founding board member of the International Women’s Brass Conference. Brown also serves as the artistic director of the Chromatic Brass Collective.

She has released five solo CDs, and has collaborated on several other recordings as a soloist and ensemble member, such as Stiletto Brass Quintet featuring Doc Severinsen, trumpet, on one of her original compositions; “Testimony” (Howard Johnson and Gravity) as lead tuba; and a solo tuba jazz recording with the Cleveland Jazz Ensemble with Paul Ferguson, director. Her sixth solo CD recording will be released in spring 2021. Brown is a Buffet/Crampon Performing Artist, performing on the MW 2250 and 2182 F tubas, and the MW 2000 and MW 3450 CC tubas. She is also a performing artist for Denis Wick mouthpieces, mutes, and accessories.