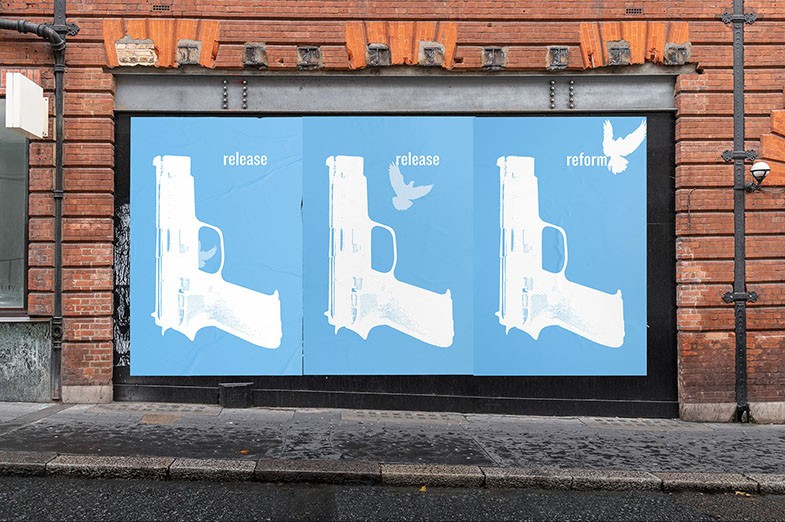 According to Russell, the campaign addresses the need for sweeping police reform in response to the use of violence by police that has caused civil and political unrest across the nation.

Described as “the most important design event” in Ecuador, the competition celebrates international creative works that uphold cultural, social, academic and professional values. Each year designs from professionals are showcased to a global audience.

For Russell, being among the few selected and exhibited pieces on an international stage is very humbling.

“I think the heart of what graphic designers do is create clear, concise messages through impactful visuals,” he said. “My work has always leaned into creating visual work that is often confrontational — communicating on an intellectual and emotional level, or at least that’s the goal.”

Dan Zolli is the third recipient of the College of Arts and Architecture’s Agnes Scollins Carey Memorial Early Career Professorship in the Arts.