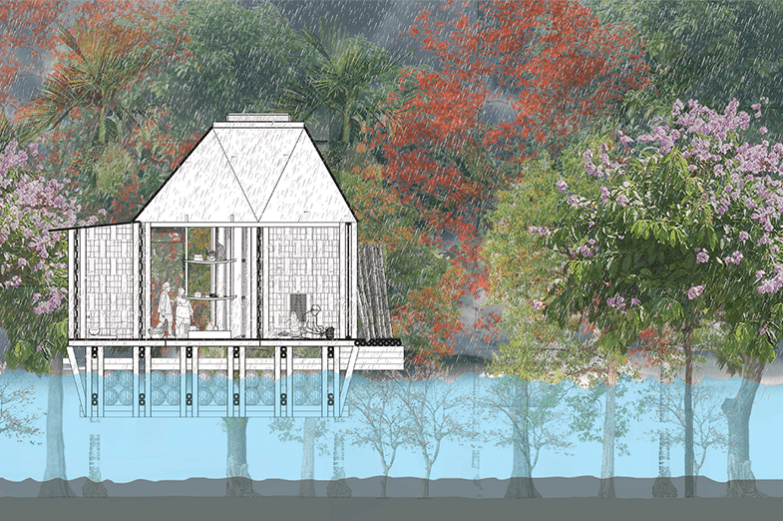 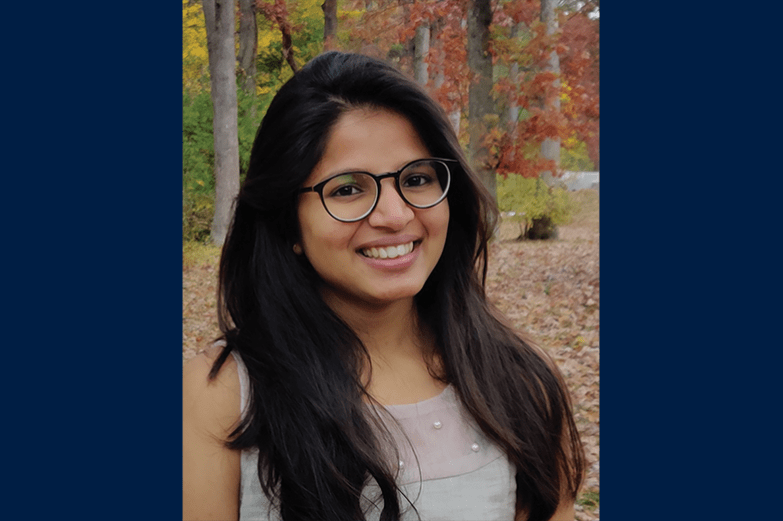 UNIVERSTY PARK, Pa. — Darshika Agrawal, a master of architecture student within the Stuckeman School, was named the recipient of the 2021 Jawaid Haider Award for Design Excellence in Graduate Studies for her thesis titled “Designing Resiliency for Perennial Flooding: The case of Majuli.”

The award recognizes the most deserving master of architecture student for excellence in design, based on their culminating project/thesis. The award recipient is chosen by the head of the Department of Architecture upon recommendation by the faculty and the jury.

According to Agrawal’s project brief, her capstone thesis “attempts to address marginalized ethnic minority communities exposed to the problem of frequent and severe flooding caused by a congruence of factors, followed by land erosion, and provide architectural and landscape solutions that would not only help these communities mitigate, adapt and recover from the adverse effects of the floods making them flood-resilient, but also lead to their social and economic upliftment in the society.”

“Darshika’s project was ambitious in that it scaled from planetary climatics to architecture as a community-crafted infrastructure for managing environmental systems,” said DK Osseo-Asare, assistant professor of architecture and engineering design and the capstone instructor. He is also Agrawal’s adviser. “Like a number of her classmates, she circumvented COVID-19 travel restrictions by employing internet-powered design ethnography to integrate traditional processes of land use and occupation into her proposal for an adaptive ecological architecture.”

The announcement was made during the Department of Architecture’s annual awards ceremony, which was held on May 2 via Zoom.

“Winning this competition was huge for me as I was competing with the best people — people I have known, worked with and learned from in these past three years,” said Agrawal. “I have come a long way since I started in architecture three years ago and it wouldn’t have been possible without the support of my parents and my friends, who never let me give up, and my professors at Penn State, especially DK, who has worked with me and guided me throughout this project.

“I am happy that this thesis and Penn State gave me an opportunity to dive deep into the type of project I have always wanted to complete.”

Jurors for this year’s competition were Ifeoma Ebo, founding director of Creative Urban Alchemy, LLC and an adjunct professor at Syracuse University and Columbia University; Quilian Riano, founding principal of DSGN AGNC and associate director of the Cleveland Urban Design Collaborative at Kent State University; and Anya Sirota, associate professor of architecture and associate dean of academic initiatives in the Taubman College of Architecture and Urban Planning at the University of Michigan and founding principal of Akoaki.

A native of Guna in the central state of Madhya Pradesh, India, Agrawal is currently looking for job opportunities in firms that deal in multi-disciplinary design projects engaging architecture and landscape architecture, as well as urban design, disciplines.

“I am interested in working on projects related to sustainability and community development,” she said.

Now in its second year, the Haider Award for Design Excellence was established in honor of long-time architecture professor Jawaid Haider, who died in December 2018, with support from his family, friends and colleagues.