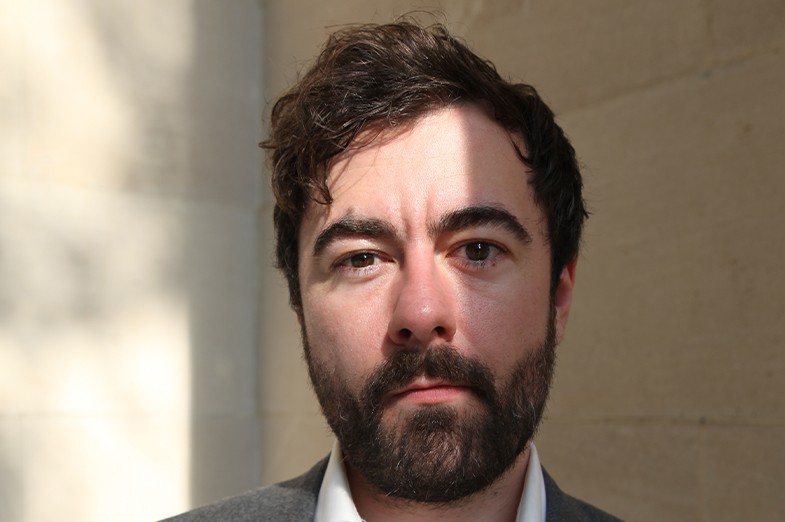 Daniel Zolli, assistant professor of art history, has been appointed the third recipient of the College of Arts and Architecture’s Agnes Scollins Carey Memorial Early Career Professorship in the Arts.

Zolli, who earned his Ph.D. at Harvard University and came to Penn State in 2017 after a residential fellowship at the Getty Research Institute in Los Angeles, teaches and writes on the art of Southern Europe, with particular interests in the history of materials and techniques, as well as workshops and worksites, between the 14th and 17th centuries.

Established in 2014 by the children of Agnes Scollins Carey, the goal of the endowed professorship is to help the College of Arts and Architecture compete for support and retain outstanding scholars and practitioners in the arts in the early stages of their careers.

During the three-year professorship, 2021-2024, Zolli will continue to study the artistic contributions, risks and creative energies of communities, and forms of labor, that have typically been obscured or downplayed in narratives of early modern European art.

“I was thrilled to receive the news of the appointment and humbled that my colleagues in art history, and across the college, would choose to champion this endeavor,” Zolli said. “I’m planning to undertake trips to archives and, along with several colleagues and collaborators, to historic worksites where artists’ materials were mined and processed, which will provide the empirical and experiential substance for a number of planned projects.”

The professorship provides a graduate assistant. Art history doctoral candidate Holli Turner will collaborate with Zolli, who said his work over the next three years will take the form of publications, undergraduate- and graduate-level teaching, a conference and a working group.

With the support of the Carey professorship, Zolli intends to complete his first monograph, continue work on his second, and expand his collaboration with Sarah Rich, associate professor of art history, with whom he is planning to co-author a book.

Elizabeth Mansfield, head of the Department of Art History, said Zolli’s research has the potential to reorient the study of the Italian Renaissance by revealing the complex world of the artist’s workshop, which offers a glimpse into a much richer and complex world of artisans and laborers.

“We’ve tended to see Renaissance art as the creation of a handful of exceptional geniuses, but what Dan is showing us is that the workshop was a site where technical innovations and aesthetic experiments arose out of a distinct culture and community,” Mansfield said.

Flashing cameras, glowing lights, and an array of clothing and props — it's just another day for students in Stephanie Thomas' Fashion Photography class.