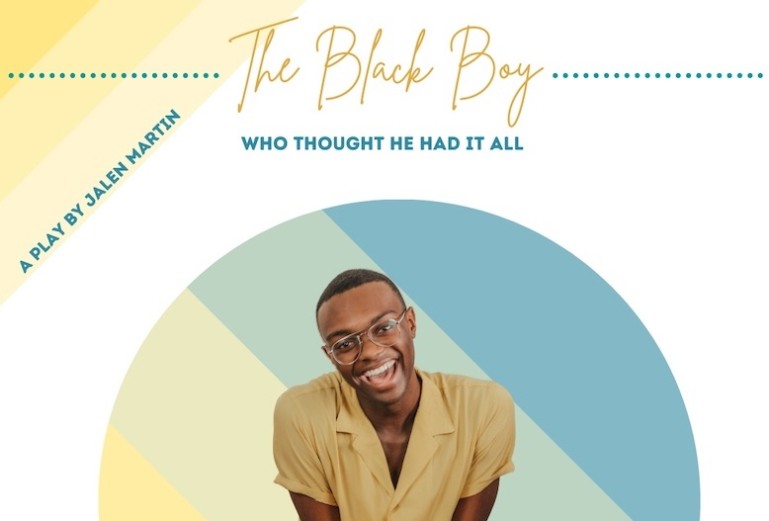 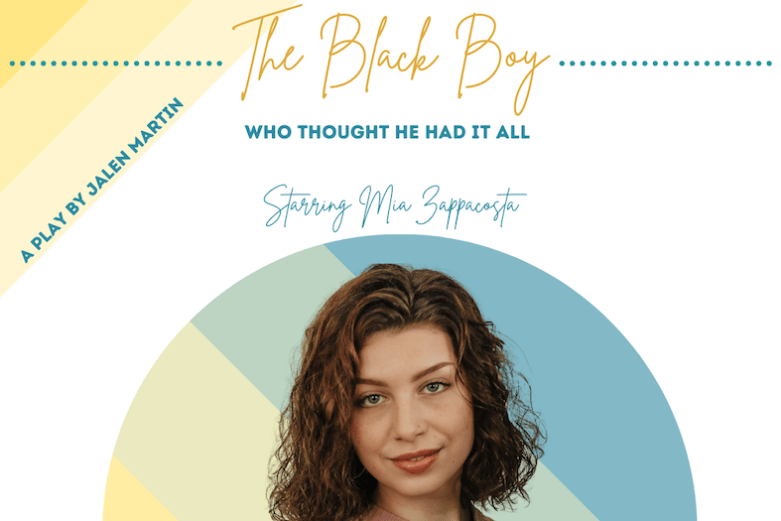 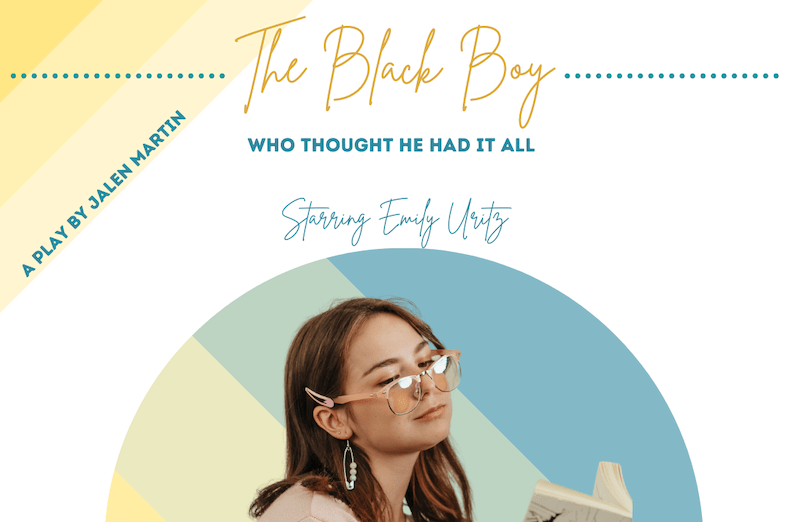 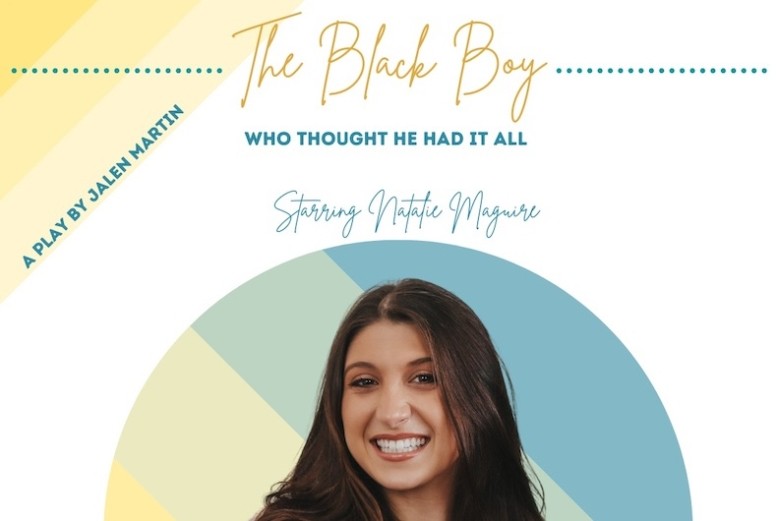 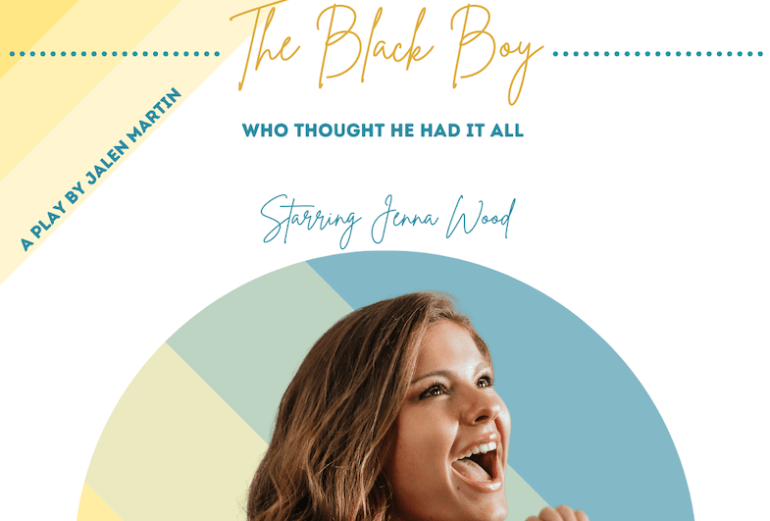 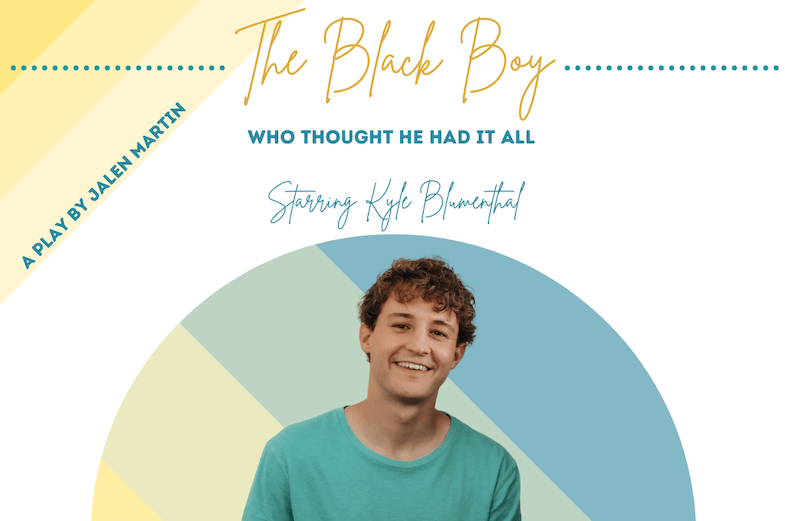 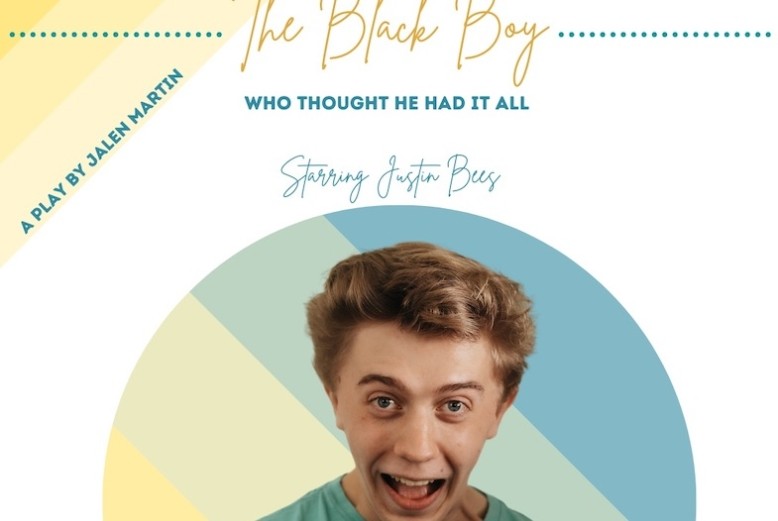 Senior B.F.A. Acting student Jalen Martin says he’s the type of person to step up and do the hard stuff, especially when his actions could make things easier for his peers.

That’s why he wrote a brutally honest account of his experiences as a Black student at Penn State, which is now being made into a short film that will kick off Penn State Centre Stage Virtual’s fall 2020 season. “The Black Boy Who Thought He Had It All” premieres at sites.psu.edu/pscsvirtual on Friday, October 16, beginning with a discussion with Martin and director Aquila Kikora Franklin, associate professor of theatre and dance, at 7:30 p.m., followed by the film. The film will remain available for viewing on the PSCS Virtual webpage after the premiere.

The film, initially conceived as a short play, evolved from Martin’s work in Franklin’s Hip Hop Theatre class, Theatre 420, in fall 2019. Franklin developed the Hip Hop Theatre course in 2006 and taught it for the first time in 2013 as a General Education offering. In 2018, she was awarded a Schreyer Institute for Teaching Excellence Teaching Transformation and Innovation Grant, which supported its further development.

The goal of the course is for students to develop their own artistic voice through exploring the elements and history of Hip Hop culture, explained Franklin, who also teaches courses in West African and Mojah dance.

“In the class we discuss how artists in this genre created the work they wanted to see in the world, because it did not exist otherwise,” she said. “There were folks who made a choice to express and release their emotions through their art. And that is what Jalen is doing with this piece.”

Martin wrote the original 15-minute play in a single sitting after a class field trip to New York City to see Dominique Morriseau’s “Pipeline,” a play about a Black mother’s experience with an educational system rigged against her son.

I was so inspired that I just sat down and wrote it.”
– Jalen Martin

“It’s scary to be in these predominantly white spaces and feel like you are not being seen. I wanted other students of color to know you are not alone, that there are students experiencing the same things you are. That you have support, people have your back.”

Martin said his heart has always been in this type of work, even before the killing of George Floyd and Breonna Taylor brought systemic racism and racial injustice even more to the forefront.

His experiences studying abroad in London in the early part of 2020 inspired him to expand his original piece and seek opportunities for presenting it.

In May 2020, he contacted School of Theatre Director Rick Lombardo to see if the school would support a staging of “The Black Boy Who Thought He Had It All.” Lombardo was on board, and after originally considering the piece for a studio production in spring 2021, the season planning committee decided to make it part of the “mainstage” virtual fall 2020 season.

“[During the summer] we made the decision that all of our fall programming should explore and amplify anti-racist messages, so Jalen’s play came into focus as something we wanted to commit to in a deeper way,” said Lombardo. “The School of Theatre is spending this fall examining our culture and amplifying Black voices through our speaker series and our productions. Jalen’s piece is a great example of this commitment.”

According to Franklin, who started teaching at Penn State in 2003, Martin’s own commitment has resulted in his work going from class project to the “stage.” She says her job as an educator is to provide her students with the tools, and then “get out of the way.”

“I see myself as the mama bird, feeding my little birdies. I give them the worms and soon they are ready to fly,” she said. “I’m so happy to be able to support Jalen in this way.”

For Martin, the experience of writing and producing “The Black Boy Who Thought He Had It All” has been cathartic and stressful, but also fun. The cast of seven includes Jalen, his two roommates and four other friends, all of whom comprise his “bubble” of close contacts on campus.

He originally conceived the piece as a one-man show, with audience participation.

“I honestly think the way I ended up redoing it is even more impactful and will be even more beautiful,” said Martin. “I had been adamant about not rewriting anything from the original work, but I ultimately rewrote a scene that had me speaking right to the audience. I think I had been subconsciously holding back, but I decided I’m going to speak my truth.”

He said filming that scene was particularly emotional.

The School of Theatre has dedicated its fall programming to examining racial injustice. All presentations are free. Updates on future presentations will be posted at sites.psu.edu/pscsvirtual.