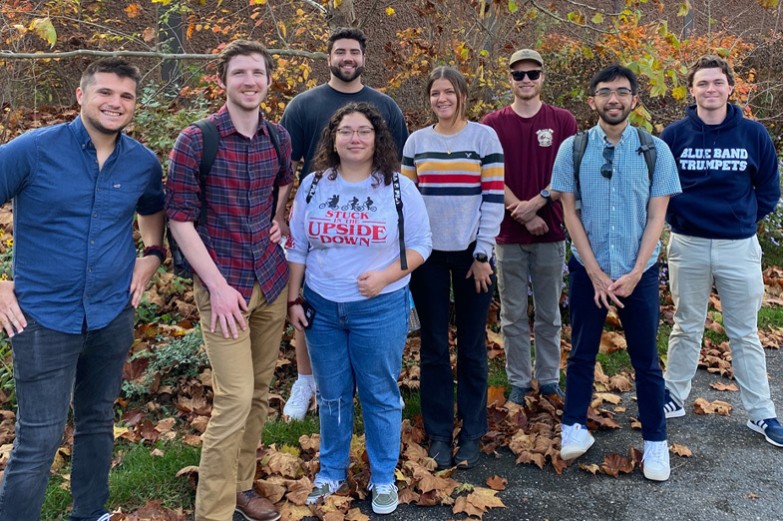 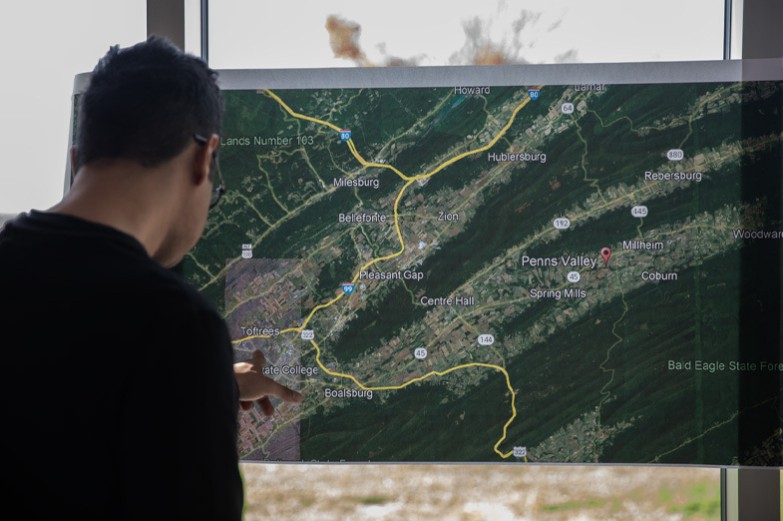 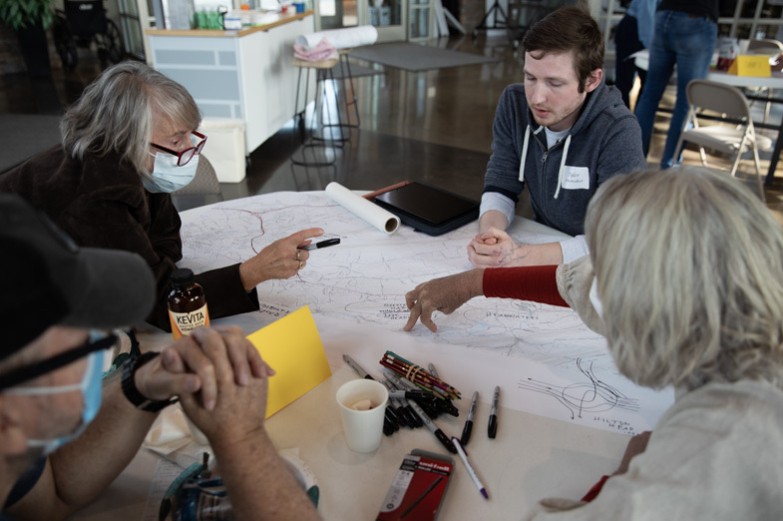 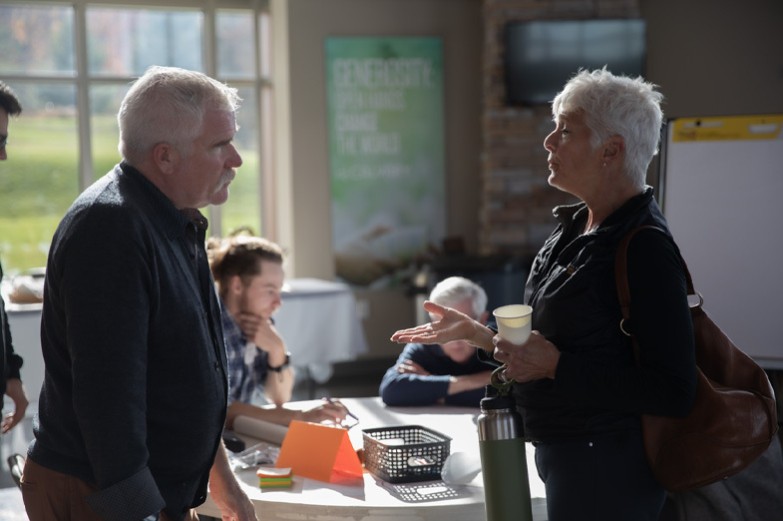 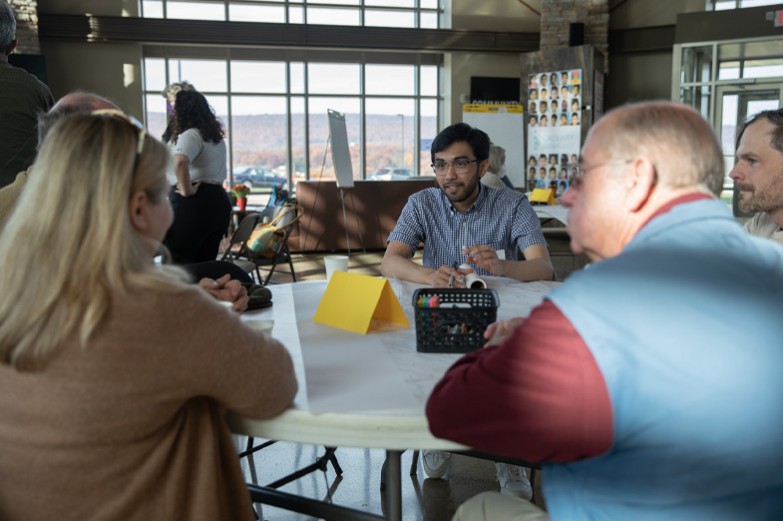 UNIVERSITY PARK, Pa. — Traffic congestion and safety concerns along the stretch of Pennsylvania Route 322 between Seven Mountains and State College have long plagued area residents and Pennsylvania Department of Transportation officials alike. It became apparent that the roadway was not equipped to handle the increasing volume of vehicles traveling through the area as early as the 1960s, and the issues came to a head in the early 2000s, spurring conversations for alternative highway designs and the development of the Penns-Brush Valley Rural Historic District.

It has been unanimously agreed upon by both sides of the issue that something needs to be done about the roadway.

With renewed funding for the project coming from then-Governor Tom Wolf in 2019, the “something” currently being proposed by PennDOT is the State College Area Connector, a four-lane highway that would stretch from the Seven Mountains area to the greater State College area.

Residents of both Harris and Potter Townships, however, fear that a superhighway would catastrophically diminish the value of their homes and businesses and, more importantly, would destroy the rural landscape that generations of residents took such pride in building. Residents are also concerned about the new safety issues that would arise with the introduction of a high-speed roadway. They have communicated their concerns regarding PennDOT’s plans at public meetings, yet the anxiety surrounding the uncertainty of their community is very real and palpable.

Enter in Paul Daniel Marriott, associate professor of landscape architecture within the Penn State College of Arts and Architecture’s Stuckeman School, a global expert on historic roads and roadways who has consulted with transportation agencies from Alaska and Hawaii to New York and New Jersey. Marriott started attending community meetings in the spring of 2022 at the urging of Tom Yahner, emeritus associate professor of landscape architecture, and the controversial project piqued his interest.

“I was hearing a lot of ‘We don’t want this, we don’t want that’ by the community but there was no vision of what they would like as an alternative,” said Marriott. “That’s why I got involved.”

Marriott, who also knew his connections with local and federal transportation agencies would be an asset to such a project, decided to focus the LARCH 414: Advanced Design Studio course he is teaching this semester on the issue, and to have his students engage with the community to inform design solutions for the area.

Marriott is running the studio like an office, he says, and he’s giving the graduate and upper-level students in the course a long lead on a complicated, politically charged topic that will not soon be resolved. Marriott said there is purposely very little structure to the course, but he’s giving the students the contacts they need to do a deep dive into an area of landscape architecture that interests them.

“We’re not advocating for any proposed corridor that PennDOT has raised right now,” said Marriott.

What I’m trying to make very clear through this studio is that regardless of where the road goes and regardless of what form the road takes, the community should have a very strong expectation about what they want as the solution.” — Paul Daniel Marriott

The goal, he says, is to “empower the community to understand that they should be a strong voice in determining what the future roadway should look like, including its aesthetics, its relationship to the landscape, bike and pedestrian facilities, wildlife crossings, etc.”

At least one or two students in Marriott’s studio have attended every public meeting that has been held on the project since the start of the semester and they are immersing themselves in the charged discussion by simply asking questions — of residents, PennDOT officials and highway administrators who have been involved in other community-engaged projects.

“I’m so proud of my students, who have had to learn politics very fast,” said Marriott.

Marriott and his class traveled to Baltimore in October to speak with designers at Floura Teeter Landscape Architects, Inc., which worked on the Intercounty Connector/Maryland Route 200 project. The ICC is an 18-mile, all-electronic toll road that connects Interstate 270 in Gaithersburg, Maryland, and U.S. Route 1 in Laurel, Maryland. It is considered one of the most controversial roadway projects in Maryland’s history and its design was a multi-year process that has yielded numerous awards.

“The students were walked through the project from all aspects of landscape design by Floura Teeter and we brought them out to the site to look at the sound barriers, bike trails, plantings and the land bridge that were all part of the project,” said Marriott.

Keith Faminiano, a master’s degree student from Corcuera, Philippines, said that hearing from Joan Floura and Jeff Stump (from Floura Teeter) about the ICC made him realize that landscape architects are capable of completely transforming contemporary transportation design.

“Sometimes you need to think outside the box to produce brilliant solutions,” he said.

As part of the studio course, students facilitated a community design charrette on Oct. 30 to help advocacy organizations and residents reconsider options for the area. Co-sponsored by the Centre County Historical Society and the Hamer Center for Community Design in the Stuckeman School, the charrette gave students the opportunity to present some of the options they are exploring — from truck safety to land conservation to wildlife interests — to residents and representatives from groups such as the Sierra Club, ClearWater Conservancy and the Nittany Valley Environmental Coalition.

“People had some pretty specific issues that were aligning with the students’ interest areas, so it really worked out well,” said Marriott. “People who were there said, ‘We never really knew we had these options,’ and ‘We didn’t know these could be possibilities,’ so it was a fantastic experience that I look to build on next year.”

Abby Rodgers, a fourth-year student from Lititz, is focusing her studies for the area on land conservation with the goal of providing the community with research on current conservation easements and farmland trusts, as well as insight on the best potential areas for future easement properties. She said she learned something new about the study area from each member of the community she spoke with at the charrette.

“One of my most in-depth conversations [at the charrette] was with Dorothy Blair, president of the Nittany Valley Environmental Coalition. Dorothy is an active biker and community member in the valley, and she shared with me some of her favorite trails in the area along with her hopes for something similar in the new State College Connector Project, as well as her comments and concerns about the project that she and her organization have made to PennDOT,” said Rodgers.

Fourth-year student David Wasson, who originally hails from State College, is focusing on context-sensitive solutions or how a roadway is designed to fit within the landscape where it is located. The Federal Lands Highway Office, which is part of the Federal Highway Administration, defines context-sensitive design as: “A collaborative, interdisciplinary approach that involves all stakeholders to provide a transportation facility that fits its physical setting and preserves scenic, aesthetic, historic and environmental resources, while maintaining safety and mobility.”

Wasson said the most challenging aspect of the studio has been realizing this is a multi-year project with his class laying the groundwork from which future students will build upon over the years. He realizes, however, the importance of the work he and his classmates are doing and says he has enjoyed working with the community on a very real project.

“The most rewarding aspect of the project for myself, and many of my peers will likely agree, has been seeing how receptive the community has been to new ideas,” said Wasson.

I believe we are planting seeds in the heads of the community in regard to what is possible with the project, and how they can have a real hand in the total process in order to achieve a better outcome for all parties!” — David Wasson

Faminiano agrees that working directly with the community and getting immersed in their concerns has benefitted him as a designer.

“I learned how to engage in more meaningful conversations with the community and draw the line between what I’m capable of as a designer and what they want to see,” he said.

Following the community design charrette, representatives from PennDOT came to campus to visit with the students and discuss the motivations and goals behind the State College Area Connector project proposal.

“They explained how they thought about this project, which is guided by state policy,” said Marriott. “So, it was good for the students to hear how they approached the study area.”

Rodgers says the studio has opened her eyes to the different aspects of landscape architecture she can pursue as a career.

“I never envisioned myself working in transportation or having the opportunity to learn about highway design, but now through this project, I have decided this might be a future career path I want to take after graduating in the spring,” she said.

Wasson said the studio is preparing him for a career in the management of public lands after graduating from Penn State.

“Seeing such a controversial and conflicting project in its early stages of development has given me a great inside view of how to manage the interests of various groups who have very different goals associated with a project,” he said.

Students will present their final projects to the community on Dec. 1 from 6-8:30 p.m. at Centre LifeLink, 125 Puddintown Road in State College.

The final presentations by the eight students in the course will not mark the end of the debate nor the participation by Marriott moving forward.

“I see this continuing for many years but the strides we made this semester by hosting a community charrette and really engaging with people will go far in contributing to the growth and success of our students in future studio courses,” he said.