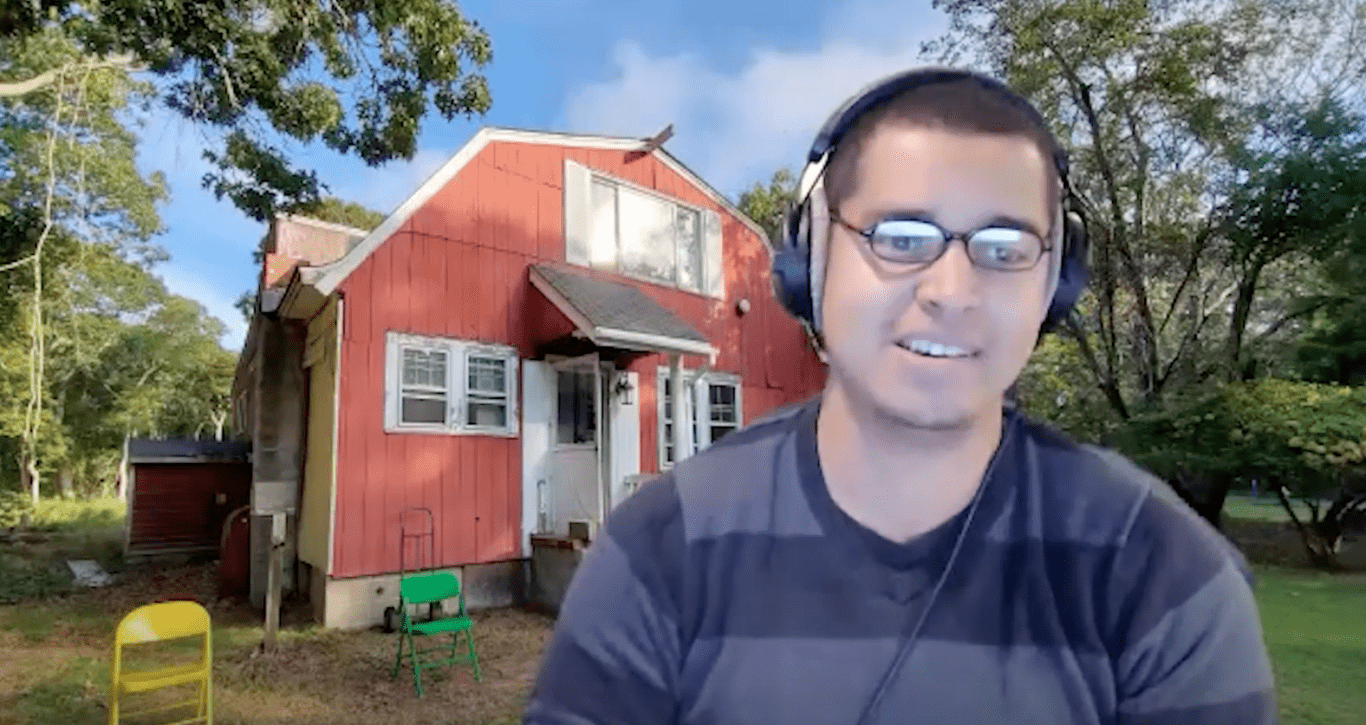 Fine art photographer Jeremy Dennis, a tribal member of the Shinnecock Indian Nation who explores indigenous identity, culture and assimilation in his work, is featured in the latest “Movers, Shakers, Designers, Makers,” the College of Arts and Architecture’s interview series highlighting alumni making an impact across the arts and design disciplines. Dennis received his M.F.A. in photography from Penn State in 2016. His interview is available on the college’s YouTube channel.

Dennis is the leader of Ma’s House and BIPOC Art Studio Inc., a communal art space and residency program he founded in 2020 on the Shinnecock Indian Reservation, where he was raised and currently lives. In 2016 he was one of 10 recipients of a $10,000 Dreamstarter Grant from the national non-profit organization Running Strong for American Indian Youth, which he used to pursue his project, On This Site, which uses photography and an interactive online map to showcase culturally significant Native American sites on Long Island. He also created a book and exhibition from this project. In 2018 Dennis received the Creative Bursar Award from Getty Images, which allowed him to continue his series, “Stories—Indigenous Oral Stories, Dreams and Myths,” which he began in 2013. Inspired by North American indigenous stories, Dennis stages supernatural images that transform these myths and legends into depictions of an actual experience in a photograph.

The work that represents my portfolio today was really shaped in those two years.”
-Jeremy Dennis

Dennis has had numerous solo exhibitions throughout the state of New York and has participated in group exhibitions across the United States. He received the “40 Under 40” award from his undergraduate alma mater, Stony Brook University, in 2018. His photography is included in the collections of the New York State Museum, Center for Photography at Woodstock and Amon Carter Museum of American Art (Fort Worth, Texas), among others.

“The work that represents my portfolio today was really shaped in those two years [at Penn State]. I would consider myself imitating other artists before that time, just trying to get the basics of my medium a little bit more understood or mastered,” said Dennis. “But it was really during that two-year period, through attending art criticism classes and writing about my own art and writing criticism about other artists, that I was able to actually narrow down what resonated with me …”

“Movers, Shakers, Designers, Makers” was launched virtually in spring 2020 to give alumni a way to discuss their careers and accomplishments, in a format that could be shared broadly. Previous interviews featured, among others, Graphic Design alumnus Adam Cohn, vice president of global design for Converse; School of Visual Arts alumnus and ceramic artist Roberto Lugo; and Architecture alumna Samantha Josaphat-Medina, founder of Studio 397. All interviews are available at https://arts.psu.edu/aadean/#msdm.