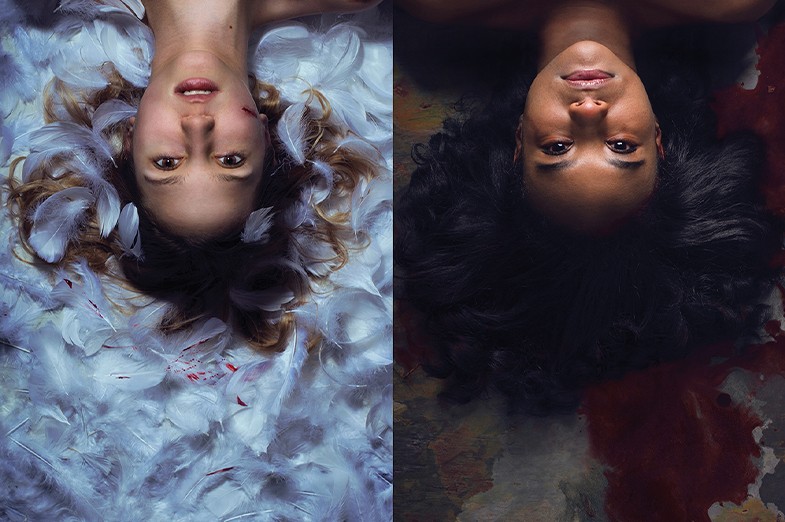 Shipton’s submission features portraits of two women in Greek mythology – Leda and Medusa – who were raped by Olympian gods. She says she drew inspiration from her interest in women’s studies and from looking at history and old texts, which she “dissects from a woman’s perspective.” According to Shipton, old texts are often written from the male gaze, where rape is frequently glorified.

Her portraits aim to “retell the classical stories from the female gaze,” and to bring attention to the fact that rape “often goes unpunished, back in history and even today.”

“We are so heavily influenced today from what we have read and passed on,” Shipton said. “Part of my goal is to focus on the ongoing erasure of women’s voices and trying to project empathy onto people.”

Shipton’s portraits were among 300 submissions in this year’s Graphis international photography competition. Graphis promotes talent in advertising, design, photography and illustration/art and awards work with platinum, gold and silver awards.

Shipton’s passion for photography stems from the idea that photographs can shape people’s perception while also eliciting empathy from an audience.

The portraits that won Shipton the Graphis award are part of her ongoing personal project.

“For me, it’s a huge feat and really rewarding to see a personal project that I put my time and passion into receive a gold award when a lot of the other work featured comes from creators and companies who are submitting projects that they’ve done for big clients with a lot of resources at their disposal,” she said.

For Shipton, the attention her project received is encouraging as it shows how perspectives are changing in society.

“To be able to see that my portraits are receiving appreciation says to me that people are listening to women and seeing their perspective of things instead of focusing solely on the perspective of men,” she said. “It’s nice to see that progression, and I hope to continue to contribute to its expansion.”

Corey Gracie-Griffin, an affiliated faculty member within the Hamer Center for Community Design, was recently honored by the ACSA with a 2021 Architectural Education Award.