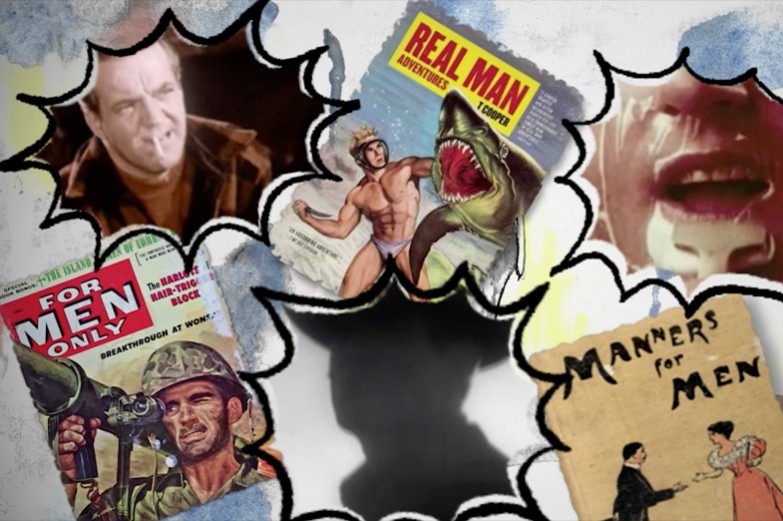 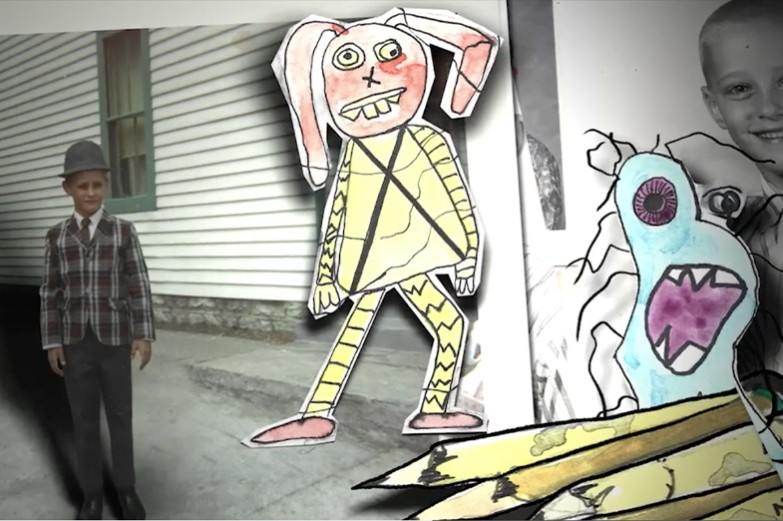 With the animated short film “Sticks and Stones,” William Doan, director of the College of Arts and Architecture’s Arts and Design Research Incubator, explores his relationship with his stepfather and reveals that the idea of masculinity he was exposed to as a young boy fueled his depression and anxiety.

The film is Doan’s second produced in the last year as part of his “Anxiety Project,” which was conceptualized by him as a way to share his story through visual and performance art. Since its inception, the project has yielded, in addition to two films, 500 drawings and two original performance pieces, which Doan presented around the country as Penn State Laureate during the 2019-2020 academic year.

“Sticks and Stones” has been accepted into five film festivals so far and in January 2022 was named the winner of the Art with Impact Short Film Competition.

“It’s been affirming and gratifying to put this work out there and have people respond to it,” said Doan, professor of theatre at Penn State. “At the watch parties you get people’s raw emotional responses to the work and it’s just beautiful. It has also been a great reminder to me about the power of collaboration.”

Doan’s team remained intact after the success of the first animated short film, “Inhale, Exhale, Draw,” released in 2021, which he said has resulted in a family-like production team that is developing a strong artistic vision for the work.

Cindy White, an adjunct research associate in the College of Arts and Architecture, directed the film. Alexander White, Cindy’s brother, served as the animator, and her son, Leo, provided the voice for a young Doan.

“The ways in which the members of the team have helped me to tell my story has provided me with another layer of confidence,” Doan said. “They value these stories as much as I do, and they want to tell them. That rediscovery of the importance of good collaboration has been a win for all of us in this experience.”

Throughout the four minutes of “Sticks and Stones,” Doan leans on the trust in his team to tell the story of his childhood interactions with his stepfather, allowing him to introduce the idea of “toxic masculinity” into his work.

“This is something I’ve been building into my work more and more,” Doan said. “This film helped me to explore a type of masculinity that I didn’t want to live by, and it was incredibly freeing to tell my truth with this work.”

Doan expects the film to be accepted into additional festivals over the coming weeks and while he and the team wait, production on the next project has begun.

In 2021, Doan teamed with Dr. Michael Evans, assistant dean for undergraduate nursing education at the Penn State Commonwealth Campuses, to conduct research and gather stories from frontline nurses during the COVID-19 pandemic. The animated film will take excerpts from the stories the nurses told to offer a glimpse into the life of frontline nurses in the midst of a public health crisis. The film is expected to be released later this year.

“As we created these films and I learned more about filmmaking, there was a moment when I thought, ‘oh my gosh, I’m starting to think like a filmmaker,’” Doan said. “That’s been incredibly cool and it is starting to push me and my work in new directions.”

SoVA alumnus Roberto Lugo dedicates part of his current exhibition at Grounds for Sculpture to his mentors, including several Penn Staters.