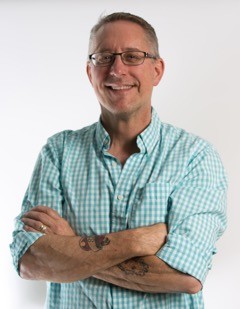 William J. Doan holds a BA from Gannon University, an MFA from Virginia Commonwealth University, and a Ph.D. from Case Western Reserve University. In addition to articles published on the plays and theatre of George Bernard Shaw, Doan co-authored Prophets, Performance and Power, Twice Used Songs: Performance Criticism of the Songs of Ancient Israel, and The Story of Noami—the Book of Ruth: From Gender to Politics with Terry Giles. His solo performances have been featured at national venues including the DePauw Undergraduate Ethics Symposium, the SETC Theatre Symposium, ATHE’s Micro-Fringe, and the Cincinnati Fringe Festival. His play Drifting, received a workshop at Dixon Place Theatre in NYC in March of 2014, followed by performances for The Doctors Kienle Center for the Study of Humanistic Medicine at the Hershey Area Playhouse. In the past year, Doan workshopped a new solo performance piece, A Brief Anatomy of My Anxiety, in the Dixon Place Lounge and launched the new solo performance version of Drifting at the Royal Family Performing Arts Space, NYC in May, which resulted in multiple opportunities for upcoming performances. Several of his graphic based performance works have been published in the Annals of Internal Medicine/Graphic Medicine. He came to Penn State in 2008 as the Associate Dean for Administration, Research, and Graduate Studies for the College of Arts and Architecture before joining the School of Theatre full time in 2013. Doan served as President of the Association for Theatre in Higher Education from 2011–2013, and will be inducted into the College of Fellows of the American Theatre in April 2018.