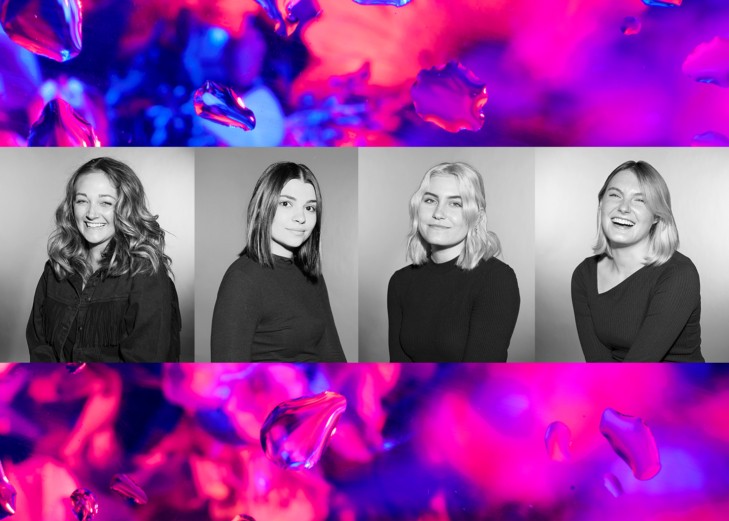 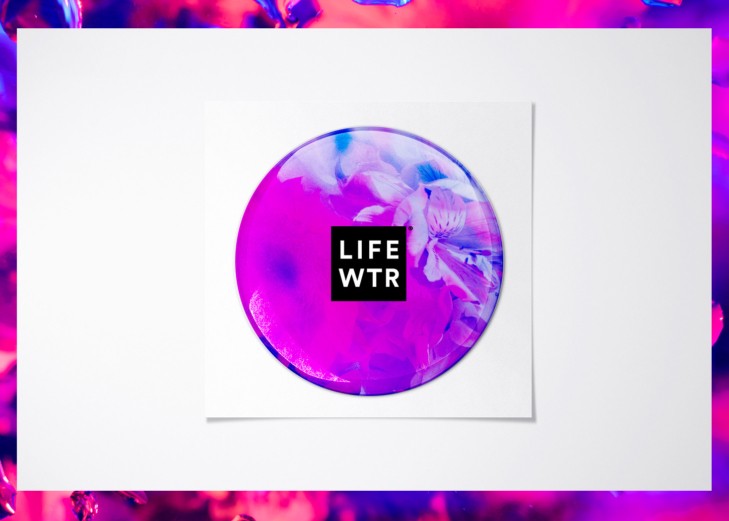 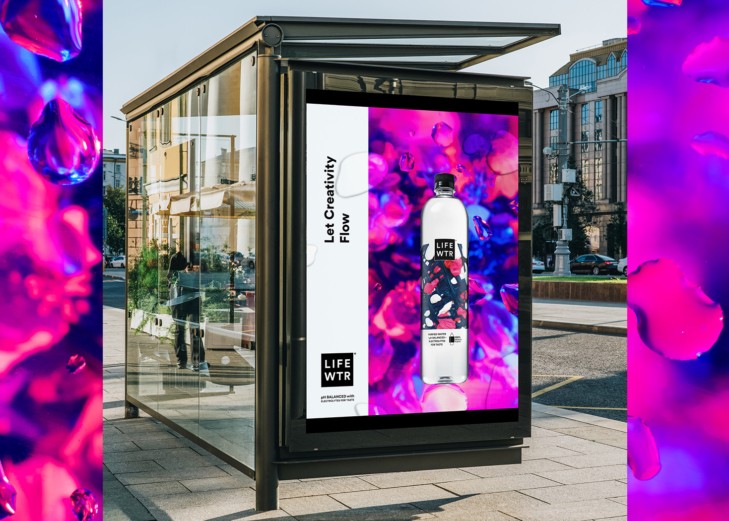 UNIVERSITY PARK, Pa. — Penn State graphic design students who were finishing their third year in the program last spring said they felt disappointed, cheated even, when their internships were canceled due to the pandemic. After all, they had been looking forward since they were freshmen to the internship experience that graphic design students are required to take during the summer before their fourth year for the bachelor of design degree.

Each fall since they arrived in Happy Valley, the students watched the internship show that the fourth-year students would put together based on their experiences the previous summer, working as interns with some of the biggest names in entertainment, fashion and hospitality in cities like Los Angeles, New York and Chicago. They watched, wide-eyed, at the cutting-edge designs, websites, social media campaigns and motion graphics that the upperclassmen worked on for some of the most recognizable brands in the world, and they were finally to have their own shot at that big-time design experience, in the summer of 2020.

“Our graphic design students are required to do an internship every summer between their third and fourth years, GD 495. During this time, students traditionally travel to a number of cities to work with companies, studios and design firms as interns,” said Taylor Shipton, assistant teaching professor of graphic design. “We always see students thriving as a result of these opportunities and they often lead to collaboration – whether it be full-time positions, internships or studio projects here – with us down the line.”

Then, last March, COVID-19 hit and hit hard. The pandemic stopped everyone in their tracks, and it was clear early on that the summer internship the then-juniors were looking forward to for the past three years just could not happen.

“I was a bit devastated when I found out I wouldn’t be having the internship I had planned for,” said graphic design student Ron Feinberg. “I had an internship lined up on the West Coast in Burbank [California] and I could almost taste being there.

“I can’t say I didn’t expect it [to be canceled] when the first few internships got canceled early on but when I did get word that mine was off, too, it was upsetting,” he continued. “It was like this big life step that I was about to take was closed off indefinitely.”

The overall feeling of disappointment, however, quickly turned into action as faculty within the Department of Graphic Design set out to find an opportunity these students could count toward their internship requirement, one they could use to boost their portfolios and get excited about in the face of a crippling global pandemic.

That’s when the power of the Penn State graphic design network showed its strength.

Ryan Russell, associate professor in the department, recalled that John L. Mondock, director of purchasing, housing and food service at Penn State, had reached out to the College of Arts and Architecture during the winter of 2019 to inquire about a student art competition. As a result, Russell and Phil Choo, department head of graphic design, met with Tom Osborn, senior marketing manager at PepsiCo, in April 2020 and developed an internship project in response to the COVID-19 pandemic.

“It was important for us to establish a mutually beneficial relationship and construct a project that would enhance the student experience for those involved,” explained Russell. “After a few meetings with various members of the PepsiCo team, we were able to create some strict functional parameters to work within and this project was officially launched in fall 2020.”

PepsiCo partnered with faculty and the now-fourth-year students on a semester-long design project for one of their most popular beverages on the Penn State campus – LIFEWTR. PepsiCo calls the campaign “Let Creativity Flow at Penn State.”

“PepsiCo has been involved with Penn State since 1992 and it’s one of our prestige partners so we were excited and honored to do a project with the design students and faculty,” said Umi Patel, chief marketing officer with PepsiCo Beverages North America (PBNA) North Division. “We were told that LIFEWTR is considered one of our ‘cool brands’ on campus and so we collaborated with the [graphic] design faculty so students had the opportunity to create graphics that emulate that brand.”

Shipton led the class of fourth-year students who were divided into groups of four. Each group selected the design of an existing LIFEWTR bottle from which to draw inspiration in developing marketing campaign materials, including posters, vending snipes and merchandise. The winning team’s design are now being used in advertising and promotional materials exclusively on the Penn State University Park campus and in select local retailers.

“The students ended up creating point-of-sale pieces for LIFEWTR,” Shipton said. “They were provided with the bottle design and from there the students were able to develop concepts for the key imagery that they later expanded on to other collateral.”

As the student groups collaborated to flesh out their designs and their campaigns during class and outside of the studio via Zoom, they checked in several times with the PepsiCo team to get feedback and make adjustments.

“There was one point when I was Zooming with my teammates and we were all talking about the progress we had each made and I realized that I really felt like I was a real-time designer, working in a real job with a team on a real project,” said student Tamar Najarian. “Getting that experience is just not something I could have gotten anywhere else.”

The opportunity for the students to have their work seen by other Penn State students on campus was also a big motivation throughout the semester.

“It was an incredible honor for our class as a whole to be able to work alongside PepsiCo on this LIFEWTR project,” said Emily Parker. “Having the opportunity to see our designs actually used in this campaign at Penn State, and being able to see how people respond to them, is not something that usually happens for students and it was such a unique experience to have gone through together.”

The student group comprised of Parker, Emily Watkins, Cassie Luzenski and Taylor Mazzarella was deemed the winner of the challenge for their concept titled “Clarity within Chaos.”

“This concept relates to the water bottle itself but also the pandemic,” explained Watkins. “I think that this idea really spoke volumes because all of us are trying to find clarity within our own chaotic lives, especially during this pandemic.”

In addition to working through the design process with the students and the critiquing their work, PepsiCo lined up guest speakers for the students and made introductions to employees in other departments to give them a sense of the company’s scope.

“We were working with the Pepsi marketing group, the PR team and even an outside design firm PepsiCo works with, which was really exciting for such a big company to be able to offer those kinds of resources to us,” Mazzarella said.

The design project itself was certainly not the only obstacle for the students to conquer. In addition to creating their concepts, students had to find ways to connect and collaborate while social distancing inside the studio and out.

“The biggest challenge for me was being able to design at a level and capacity that we would before the pandemic,” Mazzarella said. “I think my team was able to do that by opening our lines of communication using Zoom, email and, when we could, meeting in studio and working there.”

For Amber Lai and Feinberg, communication proved to be critical to their team’s collaborative process as their other two teammates were in Asia. To them, it was a constant reminder of how different this experience was from any in-person project they had done before.

“There is a 12-hour time difference so beyond working individually and potentially using the wrong version of a file, there was also some disconnect with our teammates because they couldn’t always come to our classes or our meetings,” said Lai. “But we did our best to meet as often as possible and some of us didn’t hesitate to spend a little bit more time, do a little bit more, just to keep our team moving forward while collaborating across countries.”

Patel said the PepsiCo team was able to monitor the students’ progress throughout the internship project and found the designs from Penn State students exceeding everyone’s expectations.

“The quality of work and the dedication that the students put into the project was absolutely amazing; we were blown away,” she said. “Despite being in a remote environment, we saw students completely engaged, interacting, asking questions and we were absolutely honored to be part of the work. We are looking forward to continuing our relationship with Penn State as we move forward.”

Students in the course expressed their gratefulness for the opportunity to work with such a large company on a brand that is so well known. They also say working for such an organization provided them with the confidence boost they need to begin their careers when they graduate this spring.

“It was really exciting to get the opportunity to work with such a large company and have that hands-on experience that bridged the gap from those lost experiences over the summer that we missed out on,” Parker said.

In addition to the work of Parker, Watkins, Luzenski and Mazzarella being featured on vending machines and posters across campus, the motion graphics they created for the LIFEWTR campaign will be on display in the Collaboration Commons, located on the ground level of West Pattee Library, later this spring.

“To be able to have this experience and work with a team to create something that’s going to appear around campus is a huge accomplishment for us,” Luzenski said. “It makes me feel proud and also more prepared to take on being a designer in the real world.”