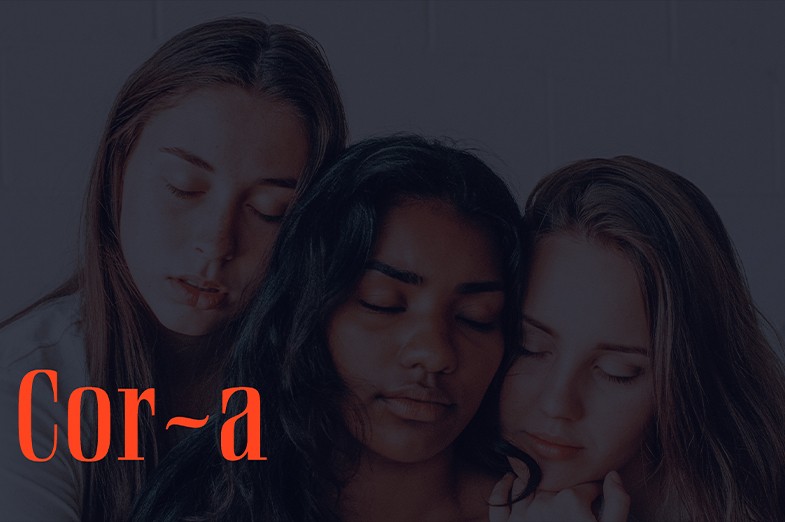 When Madison Urich, a 2020 Penn State Graphic Design graduate, was researching ideas for her senior graphic design capstone project, she made an unsettling discovery about the care received by some victims of sexual assault.

As Urich searched the internet she came across a blog post written by an emergency room nurse. The post was accompanied by a photo of a basic undergarment and was captioned “the underwear that no woman wants to wear.”

The blog went on to explain the process of recovering physical evidence from victims of sexual assault, which Urich said ends with the need for clothing and underwear. The blog also described scenarios where victims are provided only with undergarments and end up leaving the hospital in just a hospital gown.

“I read it and couldn’t believe that it was 2019 and we were letting sexual assault victims walk out of a hospital in paper gowns,” Urich said. “I just thought it was absolutely absurd and I was determined to address what I thought was a real need.”

As part of the Graphic Design Program capstone project, students are tasked with designing a business idea complete with branding, marketing and technical elements. Motivated to use the opportunity to create a business that matters, Urich developed “Cor-a,” a non-profit social justice initiative with an artistic focus to support victims of sexual assault following the physical evidence recovery examination.

Developed from the Latin word “cor,” which means heart, and softened with the “a” to create a more personal connection, Urich’s organization looks to partner with medical facilities that conduct the exams and to provide victims with care packages, including new undergarments, clothing and essential personal care items.

As she was developing the idea, Urich reached out to numerous victims of sexual assault through various social media support groups to hear their stories and to develop a more well-rounded and empathetic approach to creating the care packages.

“It became clear the messaging within the kits was just as important as the contents. There is a real need to avoid the toxic-positivity and to simply help the victims as they begin to heal,” Urich said. “Whether it’s clothes or even just a bottle of water, I want Cor-a to comfort these victims in a very traumatic situation.”

Supported by grant money earned by being named a winner in the College of Arts and Architecture’s 2020 Arts Business Ideas Competition, Urich began to connect with medical facilities in the State College area to pitch the idea and establish partnerships. After speaking with an official from Mount Nittany Medical Center, Urich found that the logistics of distributing the care packages were going to be tough.

The hospital expressed to Urich that just storing the boxes would be an issue, but the official thought that if she partnered with a victim’s advocacy organization the idea could work.

Urich reached out to Centre Safe, formerly the Centre County Women’s Resource Center, which has helped and empowered victims of sexual and relationship violence for 45 years.

Meredith Hall, director of volunteer programs at Centre Safe, has been working with Urich to establish a partnership between the organizations that will advance the missions of each and help the victims during what Hall said is “overwhelming adversity.”

“I think Cor-a could be seen as an extension of the services that Centre Safe provides for our sexual assault clients,” Hall said. “We want to restore power and control by supporting the victim through a traumatic experience and restoring their ability to make choices, like which parts of the exam do they want to complete, which questions do they want to answer, and which follow-up services do they want to take advantage of. The simple act of putting on clean clothes that don’t smell like their rapist’s cologne, aren’t torn from the attack and cover any injuries would be priceless.”

The two organizations are working out the logistics of storage and delivery of the items, but Hall and Urich said the partnership is promising and could provide a much-needed resource for victims in Centre County.

In addition to Centre Safe, Urich has begun to establish connections with various victim advocacy agencies and medical facilities, which she said could move her closer to the goal of having Cor-a available in urban settings. While the need is unfortunately great throughout the country, Urich said urban areas obviously have larger populations, which leads to larger sexual violence numbers.

“The needs are different everywhere, so the model will be somewhat flexible,” Urich said. “Dreaming big, I hope to open Cor-a art therapy centers and spaces where survivors can continue to heal, but whatever Cor-a looks like, it will always exist to help women who are experiencing unimaginable trauma.”

Ryan Russell, associate professor of graphic design, was recognized by the University & College Designers Association for the “Mind Your Mask” initiative he launched in March.