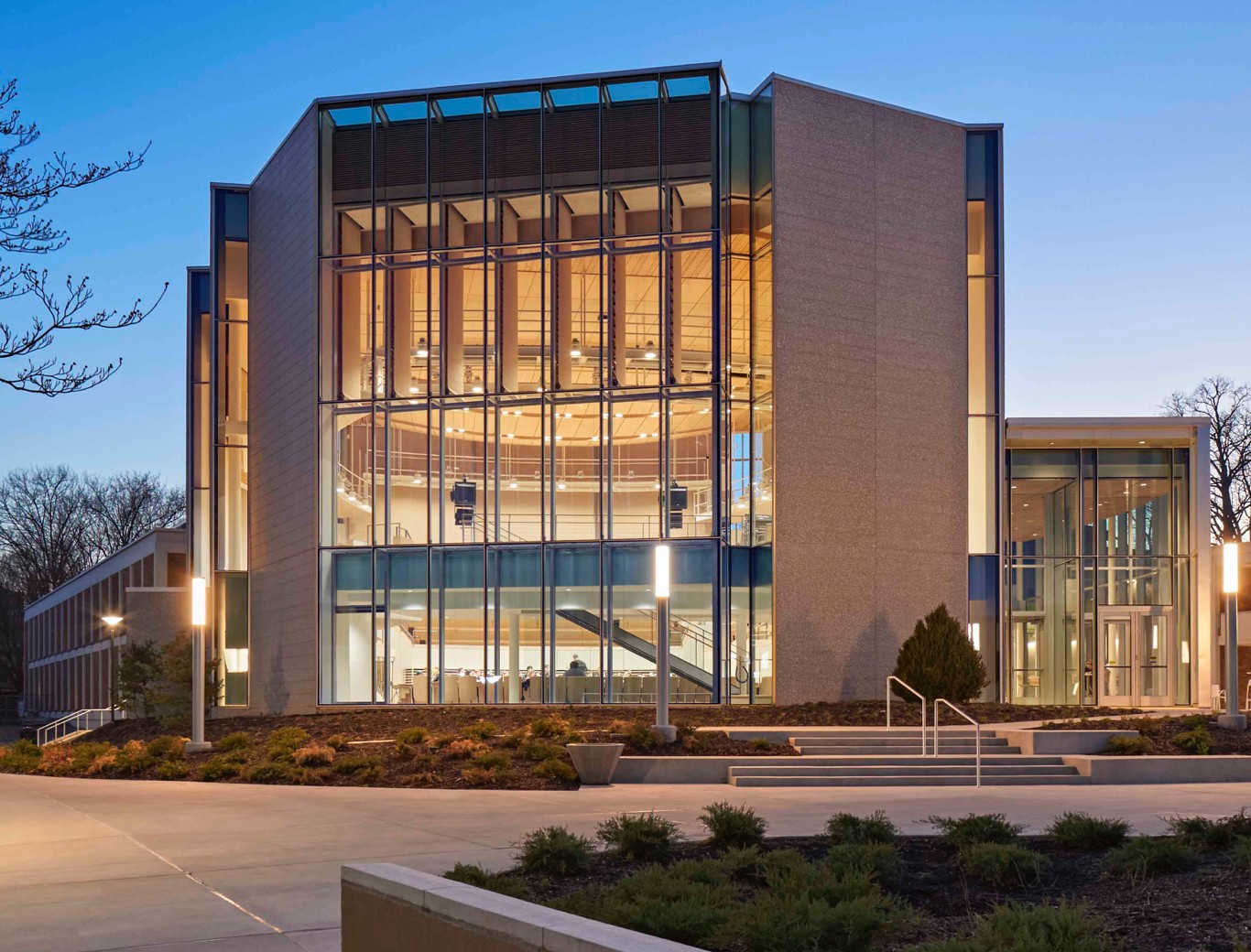 Hailed as an acoustically superb design, the new Recital Hall has quickly distinguished itself as one of the centerpieces for the arts at University Park campus. Completed in the fall of 2018 the hall has been recognized and awarded for its interior and exterior design by the University, the State College borough, and numerous architectural associations. This 420-seat vineyard style concert hall is home to over 300 performances each year.

When sound encounters architecture, it is reflected or absorbed, depending on the properties of the material.

What makes the hall acoustically perfect is over 200 individual custom wood ceiling panels – which varies in depth – suspended 6 feet below the roof in total weighing more than 170 parked cars. The sculpted ceiling is a masterpiece. The convex shaped – turtle shell – ceiling above the stage is designed to reflect the sound evenly into the audience. Every angle in the hall has a purpose. The interior walls are multiple layers of plaster and acoustic materials installed for sound reflection or absorption. Even the catwalks have an acoustic function – those catwalks on the sidewalls have a angular wood bottom to offer reflection and, in the hall itself, catwalks have cable grid to offer transparency. The seats have wooden backs and bottoms with engineered padding and fabric to meet the acoustic design. Portable custom acoustic towers were designed for soloists and chamber groups, to offer closer reflective surfaces than the side walls.

The hall was designed, with the understanding that most of our concerts are solo and chamber music concerts. But the hall is also needed to serve our mid-size instrumental ensembles and our choirs, thus, acoustic banners were included to allow adjustments – including different settings for rehearsal vs. performance  due to an audience impacting the acoustics.

The vineyard style design (mimicking the terraces on a side hill) has been used successfully for large concert halls – Disney, Berlin Philharmonic, and New World Symphony Halls. We believe ours may be the only vineyard style hall of its size.

Air is supplied to the hall very slowly, coming out of openings in the ceiling and dropping down using gravity to hidden air returns behind the stage –  providing an absolute silent space. Massive building materials were designed to block out external sounds – the massive pre-cast concrete walls and thick glass, with air spaces between the panes of glass – provide for acoustic isolation. And to eliminate projection noises, a rear-screen projection system is used.

The design achieves an intimacy for the audience and performer, and it works extremely well in this relatively small footprint.

The Hall is also home to two identical Hamburg Steinways. These magnificent instruments built in Germany with sequential serial numbers where most likely built by the same Craftsman and using wood from a similar source thus giving them a matched sound.

Whether you are a undergrad doing a solo recital, member of a small ensemble, participating or attending a master class, or attending one of our many 300 concerts in the space the Recital Hall is your home.

A beautiful atrium runs parallel to the hall. Named for retired emerita flute professor Eleanor Duncan Armstrong, this space is one of the common gathering places for students and audiences not only before a concert but every day of the week. The Olsen-Stone terrace named for David P. Stone has quickly become a gathering place for students throughout the University. It’s unique landscape and multilevel design provides opportunities for concerts and productions while also giving students a space to gather to relax or study.

The School of Music’s Recital Hall, Esber Rehearsal Hall, and Olsan-Stone Terrace, are located near the northwest corner of the campus, and visitor parking is available at the Nittany Parking Deck for an hourly rate. All surface lots on the University Park campus are reserved. Please use one of the parking decks designated for visitors.

Most of the 300+ performances annually are free of charge and open to the public. The bands, choirs, orchestras, and other designated performances may have an admission charge. These fees help cover the operating costs of the Recital Hall and provide modest resources for our ensembles to purchase or rent music that is performed in the concerts.

Tickets are availble throught the Arts Ticket Center in advance or at the Recital Hall Box office, one hour prior to the start of the performance.

We can send your tickets to you via text message or email. When you arrive at the venue on the day of a performance, you can scan your own ticket. Pedestals will hold the scanners. You just need to place your phone (or printed ticket) under the scanner. The scanner will light green and instruct you to “GO,” at which point you can continue to your seat. If it doesn’t indicate “GO,” a staff member near the pedestals will assist you.

Please turn off electronic devices during the performance. Audio and visual recording devices are not permitted in the auditoriums. Uploading video and/or audio recordings of ay portion of a performance to social media sites such as FaceBook, Instagram, or YouTube violates copyright law and is prohibited.

Penn State reserves the right to inspect all items being brought into performance venues. During certain events, additional restrictions might be implemented at the discretion of facility management. Questions? Ask an event staff member on the day of a performance.

Food and Beverages are not permitted inside the Recital Hall.

If an evacuation is warranted, Recital Hall staff will make an announcement and provide instructions and assistance to patrons.

Smoking is not permitted in facilities.

Recital Hall seats may be individually dedicated with an engraved brass plaque. Add a name, message, or tribute and support music at Penn State.
Seat plaques can be engraved with a President’s Club-level gift of $2500. All funds raised from the plaques will support scholarships and high-priority projects within the School of Music. Establish your legacy and help to fill the house with appreciation for Penn State artists past and present – and create real opportunities for future generations of Penn Staters. To arrange for a seat plaque, please contact Robyn Krause-Hale at rmk50@psu.edu or call 814-863-4079.

We’re committed to making the arts accessible to all patrons. Wheelchair seating is available in Recital Hall. A number of appropriately located seats have been reserved for patrons with disabilities. For hearing-impaired patrons, Recital Hall is equipped with an infrared listening system. Publications, including performance programs, are available in large-print or alternative media upon request prio to the event.

Penn State encourages persons with disabilities to participate in its programs and activities. If you anticipate needing any type of accommodation or have questions about the physical access provided, please contact the Schol of Music in advance of your participation or visit.

The School of Music’s Recital Hall and Olsan-Stone Terrace is located near the northwest corner of the campus, and visitor parking is available at the Nittany Parking Deck for an hourly rate. ALL SURFACE LOTS ON THE UNIVERSITY PARK CAMPUS ARE RESERVED. Please use one of the parking decks designated for visitors. 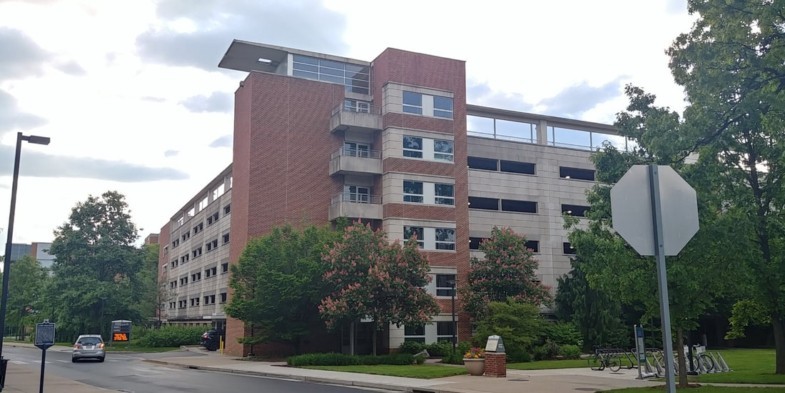 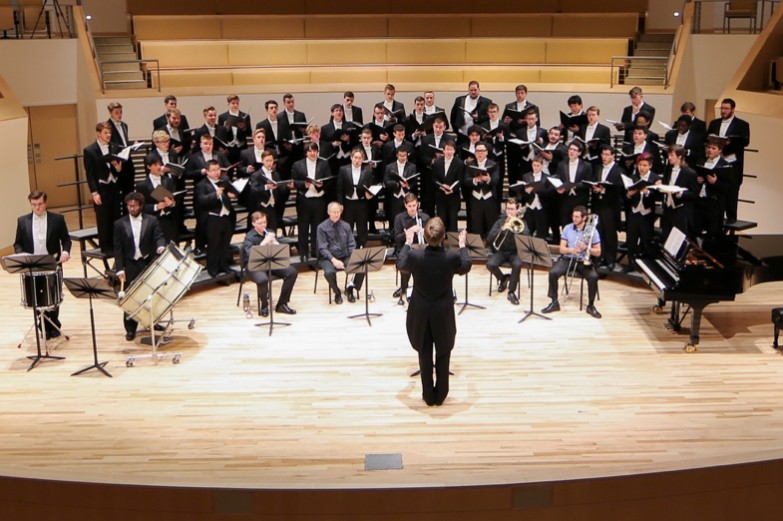 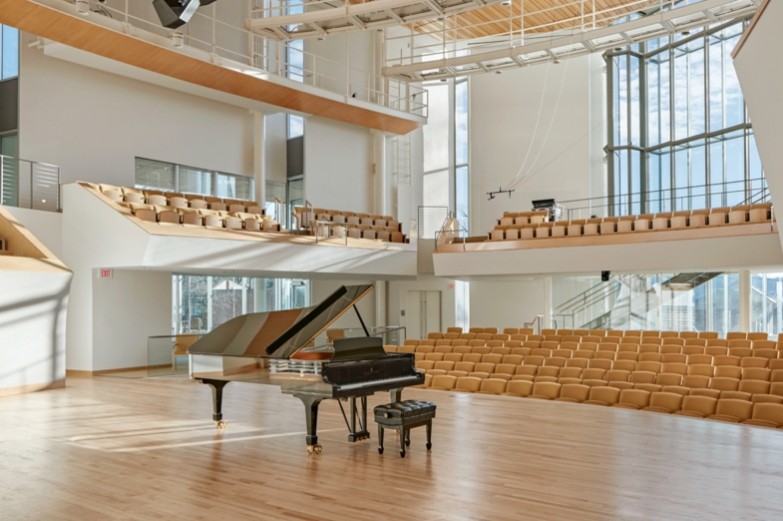 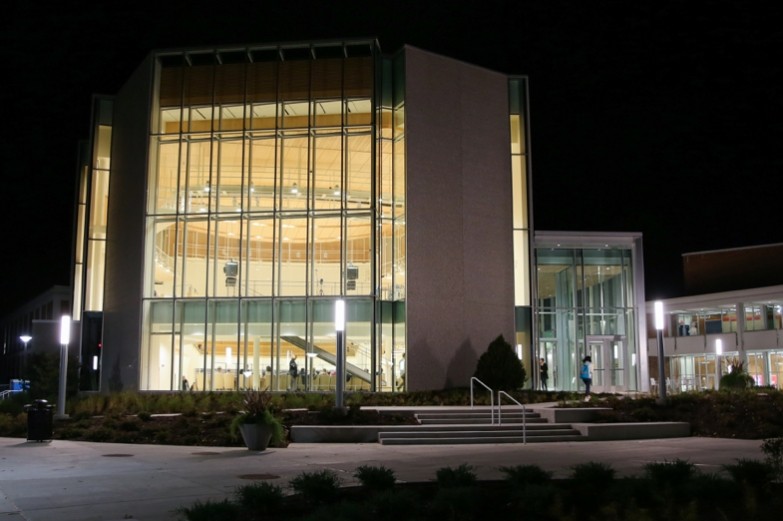 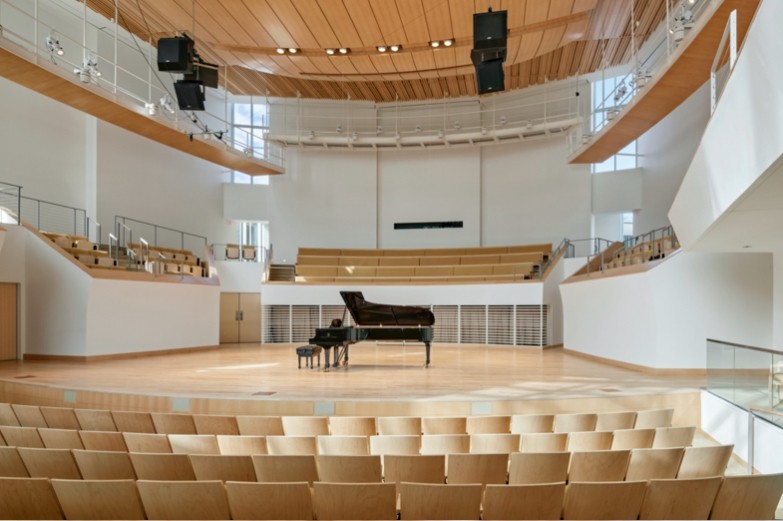 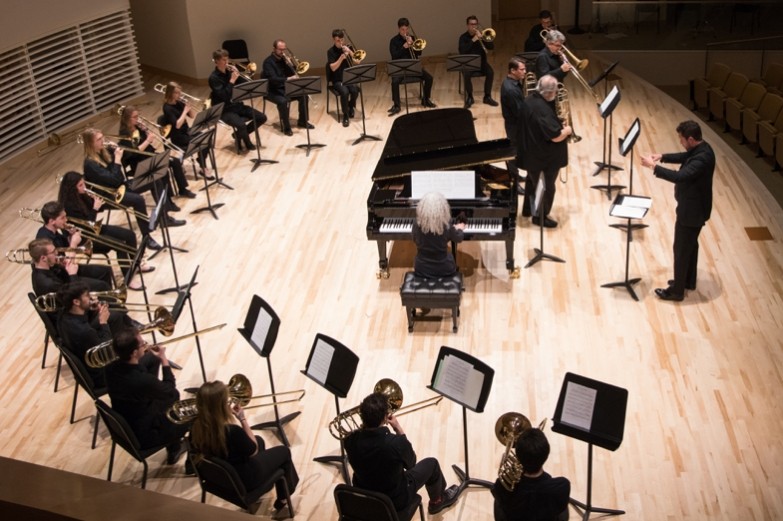 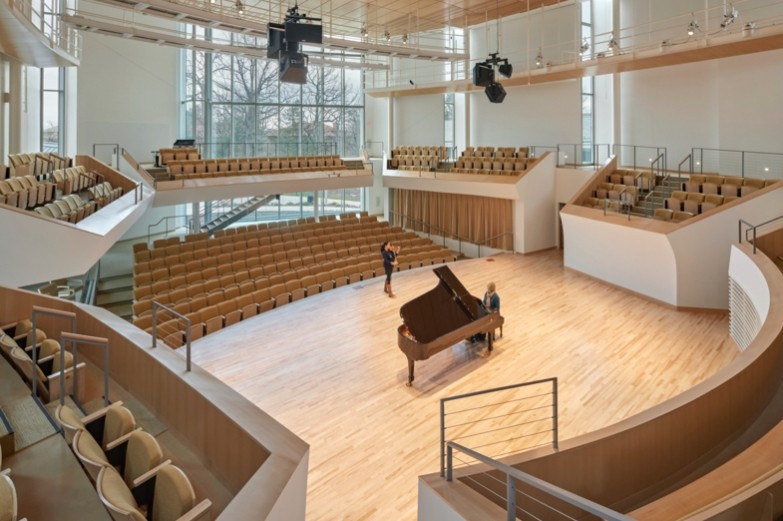 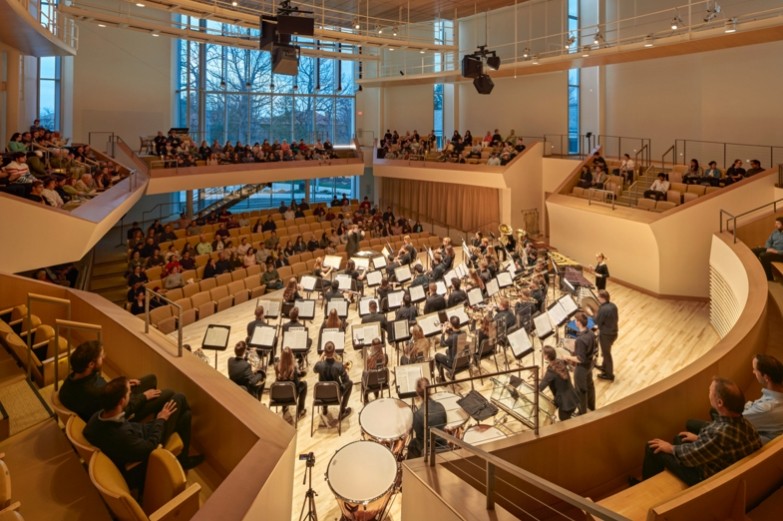