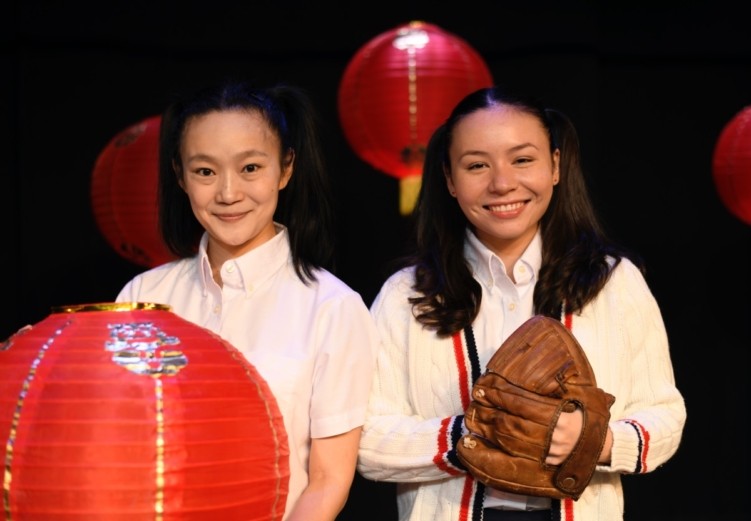 ‘Year of the Boar’ celebrates a blossoming America Feb. 5 in Eisenhower Auditorium

An immigrant girl learns to love her new homeland, with a little help from America’s favorite pastime, in “Year of the Boar and Jackie Robinson.” The Honolulu Theatre for Youth’s family-friendly stage performance will be at 2 p.m. Sunday, Feb. 5, in Eisenhower Auditorium.

Tickets are $15 for an adult and for a person 18 and younger, and $5 for a University Park student. They are available for purchase online. Tickets are also available by calling 814-863-0255 or in person, weekdays from 10 a.m.–4 p.m., at Eisenhower Auditorium.

In 1947, Shirley and her family start a new life in America, but she finds it to be more challenging than she expected. She’s the only person in her class who doesn’t speak English, and she worries she won’t make any friends. After discovering a love of the Brooklyn Dodgers (especially her hero Jackie Robinson), Shirley begins to feel at home.

The event is based on the award-winning novel by Bette Bao Lord and adapted for the stage by playwright Mark Branner. The story is told through humor in Chinese and English and honors the bravery and sacrifice of those who bring new perspectives to our country.

Honolulu Theatre for Youth was founded in 1955 and is one of the country’s oldest professional theater companies for young audiences.

A family-friendly activity, free to ticket holders, will take place one hour before the performance. Due to space and time restrictions, participation is limited.

Visit “Year of the Boar” for more information about the events.

Watch a preview of “In the Year of the Boar and Jackie Robinson.”