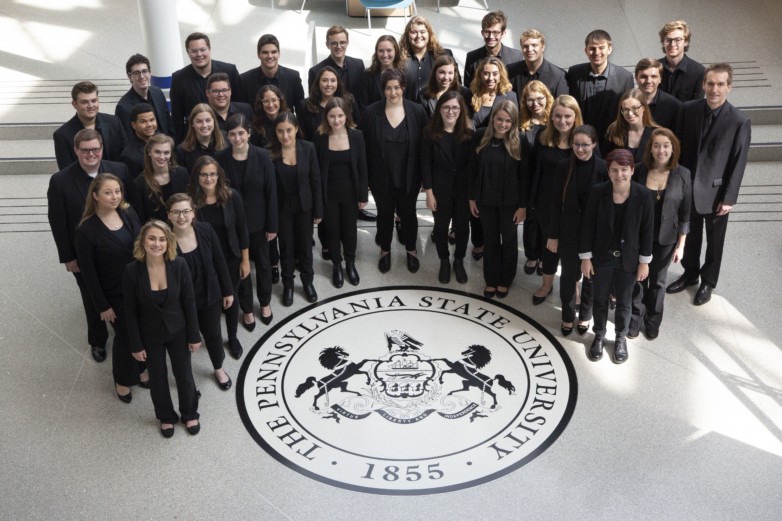 Voces8 returns to Penn State for ‘After Silence’ Oct. 12

British vocal ensemble VOCES8 will return to Penn State with “After Silence,” a program of choral works inspired by Aldous Huxley’s thoughts on the essential force of music.

The live ticketed concert will start at 7:30 p.m. Tuesday, Oct. 12, in the Penn State School of Music Recital Hall.

Tickets—$46 for an adult, $15 for a University Park student, and $36 for a person 18 and younger—are available online at cpa.psu.edu. Tickets are also available by phone at 814-863-0255 or in person at Eisenhower Auditorium from noon to 4 p.m. weekdays.

Read more about the “After Silence” concert and accompanying community Classical Coffeehouse event.

VOCES8, which the Center for the Performing Arts previously presented in 2016, aims to share the joy of singing by touring globally to perform a cappella repertory. The ensemble also has led collaborations with leading orchestras, conductors and soloists. A celebration of diverse musical expression is central to the ensemble’s performance and education ethos.

A writer for Gramophone said in Britten’s “Hymn to St. Cecilia,” VOCES8 takes risks with time and tempo, “but always pulls them off.” A BBC Music Magazine writer described the ensemble’s strengths on the album release of “After Silence”: “a velvety voluptuousness prevails, caressing everything with the choir’s impeccable blend and tuning.”

The Penn State Concert Choir performs music from the Renaissance era to the present in regular campus concerts. In 2017, the ensemble collaborated with Bang on a Can All-Stars to perform Julia Wolfe’s Pulitzer Prize-winning “Anthracite Fields” on the Eisenhower stage.

Kiver is associate professor and director of choral activities at Penn State, where he directs the Concert Choir and Men’s Glee Club. He also is director of music at the University Baptist and Brethren Church in State College. He received the 2017 Penn State President’s Award for Engagement with Students.

Members of VOCES8 will perform excerpts of “After Silence” and will discuss their creative process during a Classical Coffeehouse event at 8 p.m. Monday, Oct. 11, in Hintz Family Alumni Center’s Robb Hall. Seating is limited, but standing room is available when seating is full.

The coffeehouse is presented by the Center for the Performing Arts and the Penn State Alumni Association in partnership with the Blue & White Society, the PSU Music Service Club and the Penn State Coffee Club. The event is free to Penn State and high school students. A $10 donation is suggested for each non-student patron.

Visit All Events for more information about the fall 2021 season events.

The Center for the Performing Arts has health and safety of our patrons in mind. Penn State requires that masks be worn in all University buildings and emphasizes its commitment to cleaning and ventilating its spaces. In addition, the center will work to ensure the safety of its patrons by positioning contactless ticketing kiosks and hand-sanitizing stations throughout the venues. Visit Covid Precautions for more information on the center’s safety protocols.

Penn State has issued rules and precautions that follow, or might exceed, guidance from the Centers for Disease Control issued in response to the COVID-19 pandemic. Visit Penn State Event Attendance Policies prior to attending a University event to ensure you are familiar with the rules and expectations.