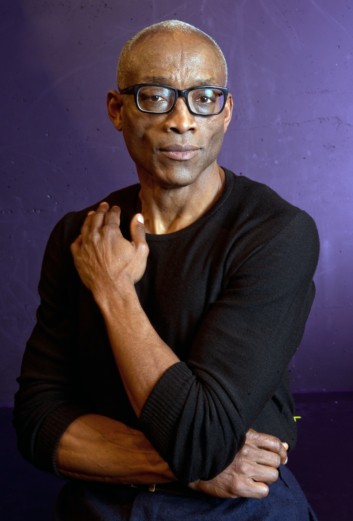 Jones, artistic director of New York Live Arts, and Wong, the New York City dance theater venue’s associate artistic director, will join the free event starting at 7:30 p.m. Wednesday, April 28. It will be broadcast via the Zoom conference app, and questions will be taken in real time from audience members via the chat function.

Contributions from the members of the Center for the Performing Arts and a grant from the University Park Student Fee Board help make the program free of charge. Meghan R. Mason Program Endowment and Richard Robert Brown Program Endowment provide support.

The program is part of the center’s “Up Close and Virtual” 2020–21 season. “Meeting the Moment” also is the keystone event of the Fierce Urgency Festival, the center’s commitment to celebrating Black artists and sharing their stories.

Early in his career, Jones perfected an improvisational dance technique that focuses on physical partnership and balance. His body of work is experience-driven, including works inspired by his interracial gay relationship, reaction to being diagnosed HIV-positive and digressions on social issues.

Jones co-founded the Bill T. Jones/Arnie Zane Dance Company in 1982, for which he choreographed more than 100 works. He also has created works for companies such as Alvin Ailey American Dance Theater and Axis Dance Company. He has choreographed for theater and Broadway, including “Spring Awakening,” for which he won a 2007 Tony Award. He also is co-creator, director and choreographer for “Fela!”, which won three Tonys in 2010.

He has collaborated with various artists, including Toni Morrison and Max Roach, Keith Haring and opera singer Jessye Norman.

Wong leads the performance and humanities programming with Jones at New York Live Arts, a theatrical performance and classroom space. She has worked with the Bill T. Jones/Arnie Zane Company since 1996.

Mwenso has performed for the Center for the Performing Arts with The Shakes in concert live and virtually. As curator and events programmer at Jazz at Lincoln Center, he has shared the stage with Cécile McLorin Salvant, Jon Batiste, Aaron Diehl, Sullivan Fortner and Jamison Ross.