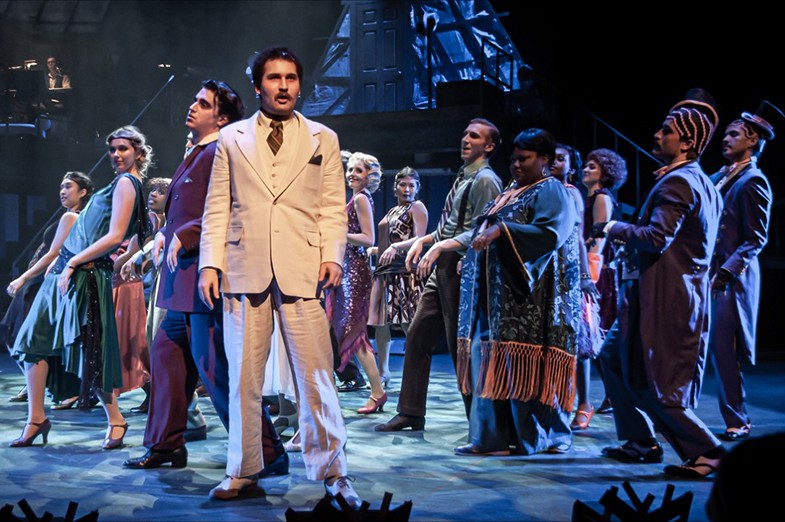 “They cared more about me as a person”: Musical Theatre student grateful for connections made at Penn State

When Musical Theatre fourth-year student Alex Wind visited campus for the first time in the summer of 2019, he knew he was in the right place.

“The past is something that makes people who they are, but it is not the defining feature of that person,” said Wind, a budding musical theatre artist, a student leader and a survivor of the shooting at Marjory Stoneman Douglas High School in Parkland, Florida.

As he prepared for college following the tragedy at his school, Wind applied to several arts programs while navigating the challenges of being a co-founder of March for Our Lives (MFOL), a youth-led anti-gun violence movement.

His audition for Penn State, he said, changed everything.

Following his audition, he waited anxiously for the call from Penn State. He missed the first one, but a day later he connected with the head of the Musical Theatre program, John Simpkins, who told him, “Welcome to Penn State.”

While the acceptance he hoped for was a cause for celebration, continuing his day-to-day work with MFOL was going to be nearly impossible.

“In my heart, I knew that I couldn’t be at Parkland and at Penn State at the same time,” Wind said. “Moving on is an important thing.”

Wind began his journey at Penn State in the fall of 2019 and ever since he took his first steps on campus, he has been active in student life. For him, the college experience off the stage was equally as important as artistic expression.

Whether it has been taking advantage of student organizations, volunteering for Camp Kesem (a camp that supports children of parents who have cancer) or cheering on the Nittany Lions on fall Saturdays, Wind has embraced the Penn State experience.

His efforts and leadership qualities certainly did not go unnoticed. This year Wind was invited to be a part of the College of Arts and Architecture Leadership Council. He is the first student ever to be invited and has been a part of crucial conversations and decisions aimed at making the college a better, more inclusive place.

“Penn State has been everything I expected it to be and more,” Wind said. “Our generation is the one that is going to change things and there is no way that we are going to do that unless we are in the rooms.”

On stage, Wind has been a prolific performing artist honing his skills throughout a college career that started in person, moved online during the pandemic and will end in May just like it began.

Freshly shaven following his role as the bearded character Herr Schultz in “Cabaret,” Wind’s beaming smile reflects the pride in what he has accomplished at Penn State while recognizing that his dreams are becoming a reality.

“The School of Theatre wanted me for me,” Wind said, “and Penn State gave me a place where I could just be Alex.”