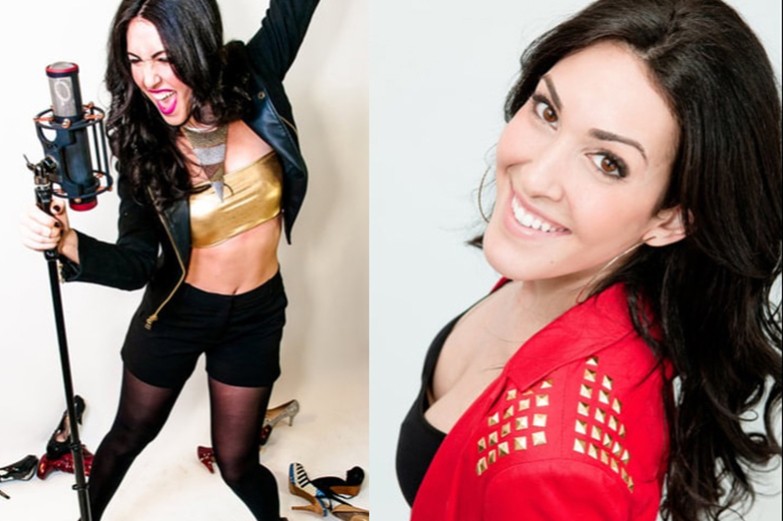 In early 2020, Stiletta, an all-female a cappella group based in New York, was headed for what some would say a big year. But the COVID-19 pandemic forced the cancelation of all their performances, and School of Theatre alumna and member Jaymee Frankel started losing hope.

After months of feeling stagnant, Frankel’s hope was renewed when the group—while still physically separated—recorded a cover of Adele’s “Remedy.”

“The song has always been powerful,” Frankel said. “But it really took on a whole new meaning in this pandemic.”

A song like “Remedy” is emblematic of Stiletta, which Frankel said represents “fierce and female empowerment.”

The sextet was formed in 2013 by Judy Minkoff, who arranges different songs in unique ways to make each part fit the six voices.

The group, featuring pop leads, dance beats and hip-hop choreography, was named National Harmony Sweepstakes Champions in 2016, and in 2018 released their debut album, which was named “best album of the decade” by the Recorded A Cappella Review Board.

“We all have these nicknames,” Frankel said. “They call me the smokey soul person, and you got a girl like Hayley who’s more like the musical theater.”

Frankel said the arrangements help highlight their talent, but what really makes them stand out is “MC Beats,” Meghan Costa, who specializes in beatboxing.

“The sounds that come out of her mouth are not even from this world,” Frankel said. “She’s brought such a cool element to our group.”

Frankel, 31, said her love for a cappella started when she joined Penn Harmonics while she was a student at Penn State. She said being part of the group opened her eyes to what a cappella really meant.

“It felt like this is where I was meant to be,” Frankel said. “It was unlike anything I’ve ever done before.”

Moving to New York City fresh out of college was a huge step for Frankel, but it was worth it because she found a group of women in Stiletta that make her feel at home.

Pre-pandemic, Stiletta performed and travelled often and Frankel said they have experienced success in many different ways beyond the awards.

Performing in North Carolina at the SoJam A Cappella Festival was the last performance Stiletta headlined before the devastating news of the pandemic.

“We were kind of on pause for a while,” Frankel said.

But now Stilletta is back—recording until they can tour again. They are in the process of recording “Dangerous Woman” by Ariana Grande and the group hopes to create an online assembly program to bring to different schools.