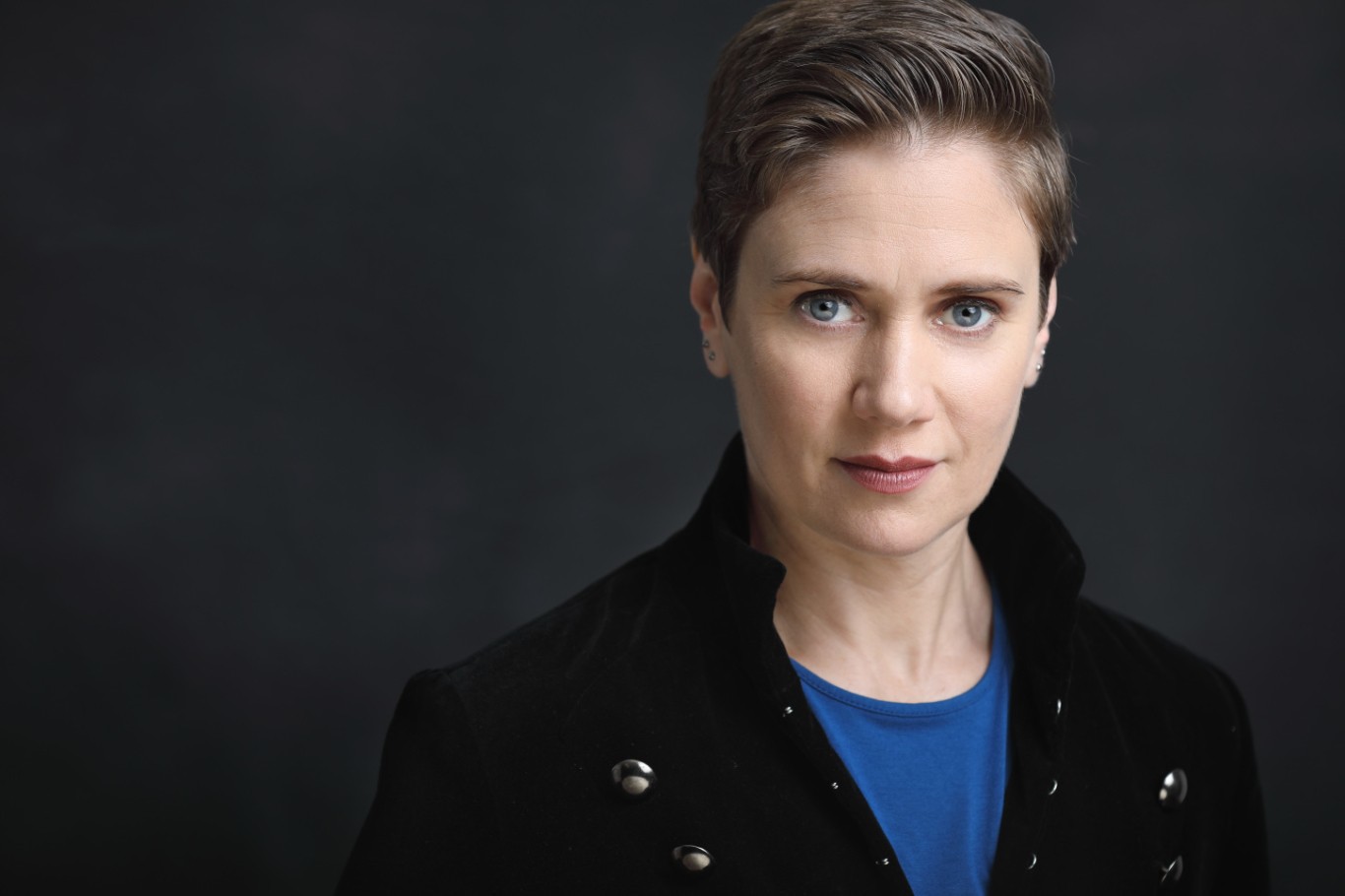 Theatre alum “fights” her way back to her first love

Growing up in Hatboro, PA, Jennifer Christa Palmer (’96 B.A. Theatre) had little doubt that she wanted to be an actor. When it came time to look at colleges, she knew that her father would be pleased by her choice of Penn State, himself a 1966 graduate of the College of the Liberal Arts.

The summer after her sophomore year Jennifer accepted an apprentice contract at the Pennsylvania Renaissance Faire in Manheim, PA. She had a passion for historical dramas, so the environment provided by the faire was “a nugget of awesome where she could learn a whole lot in that realm.”

The following summer, she was offered a contract with the professional company that included training in Shakespeare, stage combat, music, and dialects, in addition to housing and a paycheck. Jennifer worked the faire during the summer and fall and, in the spring, piled on the credit load at Penn State to complete her degree in 1996.

After graduation, Jennifer continued at the Renaissance Faire for two more seasons, earning her SAFD fight certification in multiple weapons and eventually serving as the assistant fight director. She met her now-husband Ryan, and when the two decided in 1997 that it was time to move on, they developed a comedy sword-fighting show called “To the Hilt” and toured the renaissance festival circuit for the next five years as one of the many independent acts that festivals hire to fill their stages.

Their fight show developed a following, but the demands of being on the road—working under difficult conditions on makeshift stages, and performing in every possible kind of weather—led to the decision to make some changes and to do something different.

During their travels, Jennifer and Ryan met several performers who had found full-time work as actors in Orlando theme parks. They followed suit. Jennifer immediately got a contract at Universal Studios, where she performed for an audience every day, playing several different characters. Few performers in Orlando have just one job, and they were no different. Jennifer and Ryan picked up other work ranging from dinner theatre, to corporate events, to themed entertainment. Their weapon and fight skills were perfect for pirate-themed fight shows and similar gigs.

In 2007, she spent a full year as a cast member with Walt Disney World, where she earned her Equity card, which allowed her to audition for larger roles at area theatres. The Orlando area is dotted with theatres that hire Equity actors per the Orlando Area Theatre contract with Actors’ Equity Association.

Jennifer recalled the challenge of working at Mad Cow Theatre at night on top of her day job at the theme parks, but said it reunited her with her first love, the theatre. She hoarded vacation time at Universal to do shows with longer contracts at Fall Theatre in St. Petersburg, Actors’ Playhouse in Miami, and American Stage.

Along the way, she was awarded Best Performance by a Female Actor in The Daily City’s Best of Orlando 2013, and was twice awarded Outstanding Featured Actress in a Play (2013 and 2016) at the Theatre Tampa Bay awards.

At Universal she met other actors who were going on commercial auditions and learned about the many opportunities developing for Orlando actors to do television and film. She began taking a Meisner-based acting class with actor and coach Lauren O’Quinn (later ClassAct Studios), and said she may not have considered this class if not for the introduction to Meisner during her undergraduate education at Penn State. She signed with an Orlando talent agent and continued working with coaches Lauren O’Quinn and Rus Blackwell to help translate her skills as a theatre actor to on-camera work. Her first bookings on both “Army Wives” (Lifetime) and “Homeland” (Showtime) were through her Florida agent, but the explosion of work in television and film farther north led her to sign with her Atlanta agent in 2017.

She soon found herself getting a lot of auditions, booking work, and traveling to Atlanta regularly. After going back and forth for more than a year, she and a friend decided to rent a place in Atlanta. She has since booked roles on “The Outsider” (HBO), “Bluff City Law” (NBC), “Lodge 49” (AMC), “Black Lightning” (CW), and “Greenleaf” (OWN), among others. She continues to spend her weekdays in Atlanta, returning to Orlando on the weekends to see her husband and pick up work at the parks.

She achieved another big goal in 2019 by joining SAG-AFTRA and continues work as a consultant with other actors, offering one-on-one work sessions helping them polish their online actor profiles and resumes.

Jennifer is often cast as an authority figure: a cop, a detective, a judge. She has also had the opportunity to work in period film. She plays a woman possessed in the horror/thriller indie short film “Whistler’s Mother” (now available on Amazon Prime video) and has a small supporting role in the remake of “Lady and the Tramp” (currently streaming on Disney+). Her first guest star role was on “Superstition” (Syfy), directed by Mario Van Peebles.

Jennifer explained that in the Atlanta market, some projects are so shrouded in secrecy that her audition requests will be under code names, and she is asked to audition with dummy sides, with little or no context. Once cast, she often gets the first clue to what the actual project is at her costume fitting or in an email from production.

Jennifer is now auditioning for larger, named roles and aims to be part of an ensemble cast on a television show. She explained its similarity to her first love, theatre—going to work day after day and collaborating with the same team of people. She loves the fast pace of television, and the knowledge that everyone is working at the top of their game towards a common goal.

Her seeds of growth were sown during her years at Penn State. That is where she began the process of discovering and reinventing herself, and the place that first allowed her to experiment and to try different things to ultimately find out where she belongs.

Perhaps she has found it.

Check out Jennifer’s IMDB page, or her website for clips and more information about her career.

Interviewed by Allison Lee (‘95 B.F.A. Stage Management), who spent one season as a stage manager at the Pennsylvania Renaissance Faire alongside Jennifer, cleaning dunk tanks, making buckets of fake blood, and learning just enough pyro to regularly blow up a life-sized chessboard.