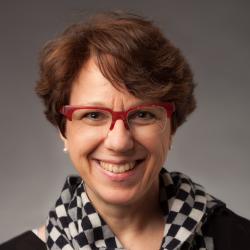 UNIVERSITY PARK, Pa. – Alexandra Staub, associate professor of architecture, was recently published by The Conversation for her take on Amazon’s choice of cities for its two new locations.

On Nov. 13, Amazon announced that it will build new headquarters in Northern Virginia and New York City, vowing to create 25,000 jobs at each site and ending a year of intense speculation and competition.

The company launched the project in fall 2017, dubbing it “HQ2” and issuing search criteria for “a second corporate headquarters [to join Seattle]” with as many as 50,000 jobs and an investment of $5 billion.

Staub, whose research focuses on how culture shapes – and is shaped by – our built environment, points to examples of gentrification that occurred in similar situations in the past, and states that the social costs of Amazon’s decision should not be ignored.

Read the article: The Conversation: Amazon’s move will gentrify neighborhoods – at what social cost?