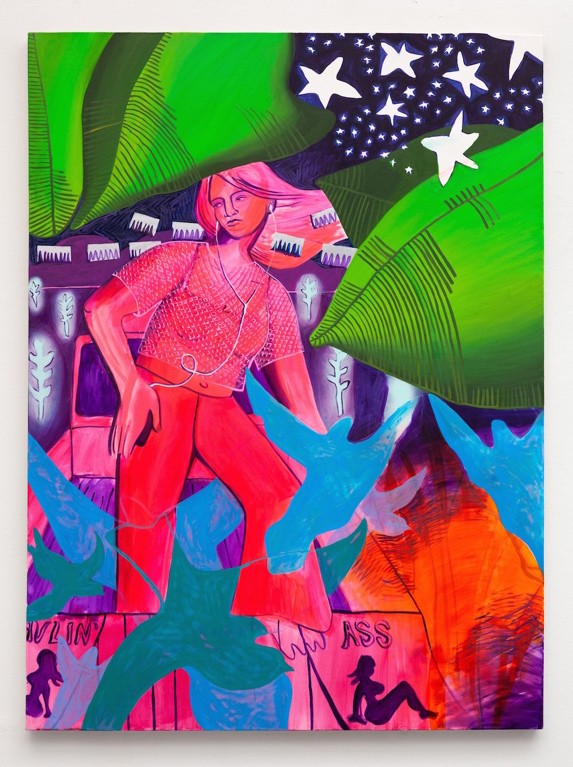 It?s awards season at Penn State! Congratulations to the following School of Visual Arts students who were recently honored for their achievements:

Schreyer Scholar Lindsey Kircher will graduate in May with a B.F.A., concentration in drawing and painting, and minors in Spanish and arts entrepreneurship. During her time at Penn State, she was nominated and selected to attend the Yale Norfolk School of Art. In January, she held her senior thesis show, ?Babe Cave,? in the HUB-Robeson Galleries. This year, she serves as president of Painting Club. She has been recognized with the Kara D. Berggen Award for the ?most outstanding piece of artwork? in the undergraduate juried show and the Alfred/Christy/Fink/Davis Creative Innovation Award, and selected as the exhibiting artist at the College of Arts and Architecture?s annual donor luncheon. After graduation, Lindsey plans to attend artist residencies and build a strong portfolio in preparation for applying to M.F.A. programs.

Ryana Lawson is currently working on completing her M.F.A. with a focus in ceramics. She received her B.F.A. from the New York State College of Ceramics (NYSCC) at Alfred University in 2015. Upon graduation, Ryana received a post-baccalaureate position at the University of Colorado at Boulder. After one year, Ryana returned to her hometown of Rochester to pursue a yearlong residency at the Flower City Arts Center in 2017. In both 2014 and 2019, Ryana was the recipient of the Kiki Smith Scholarship to attend the Haystack Mountain School of Crafts. She has worked as an apprentice at the Moravian Pottery and Tile Works in Doylestown, Pa., and assisted ceramic artists such as Lisa Naples and David Eichelberger. In her own studio, Ryana works fluidly between making illustrative functional and sculptural ceramics and occasionally dabbles in the fantastical world of papier-m‚chÈ.

Ashlyn Pope, M.F.A. candidate in ceramics, is an African American sculptor of Gullah descent mainly working with ceramics and textiles. She has exhibited her work regionally and nationally. Ashlyn champions for diversity and is an advocate for young people in the arts. In 2017, she was elected to serve on the board for the National Council on Education for the Ceramic Arts as student director-at-large. Her position allows her to effect change by advocating for diverse representation and visibility in the ceramics field. Ashlyn recently received the Kiki Smith Scholarship to attend Haystack Mountain School of Crafts.

Luke Fasano was one of seven recipients college-wide to receive an Alumni Society Scholarship. He will graduate in fall 2019 with a B.F.A. in ceramics and B.S. in art education. Luke has served as secretary of the Clay Club and as an art instructor and camp counselor for the Penn State Center for Arts and Crafts. He has also worked as a studio assistant to Penn State ceramics instructor Bradley Klem. In addition, he has been a volunteer studio assistant at Watershed Clay Studio and a volunteer art instructor at Hort Woods Childcare Center.

The School of Visual Arts had three Graduate Exhibition winners in the Visual Arts option: