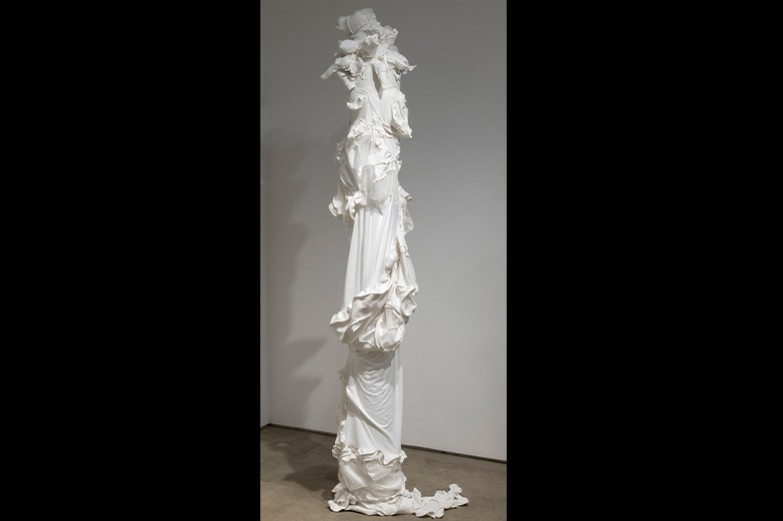 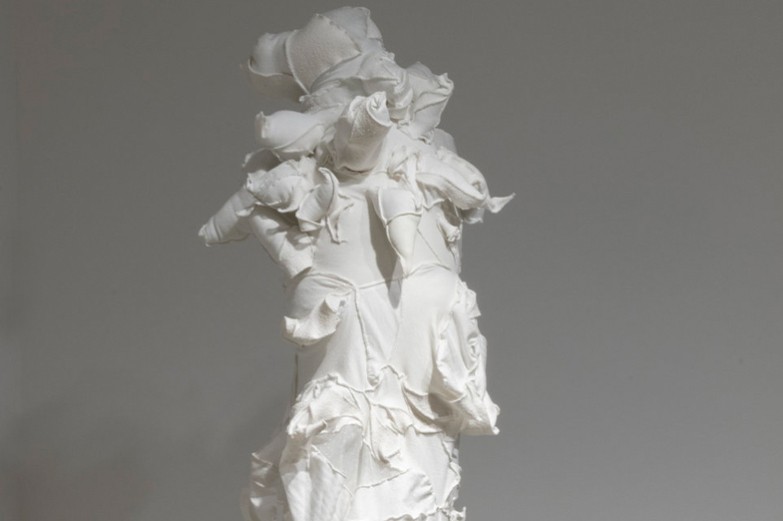 Curated by Sasha Chavchavadze and JoAnne McFarland, the exhibit is named after Sarah “Sally” Hemings who, according to historians, had six children with Thomas Jefferson.

Showstrom’s six-foot tall, mixed-media sculpture is named after the Greek mythological figure Hippolyta, who had a magical girdle given to her by the god of war, Ares. This belt signified her authority as Queen of the Amazons, a tribe of women warriors related to Scythians and Sarmatians who dwelt in the region of modern-day Ukraine. Hippolyta’s lover, Heracles, fulfilling his Twelve Labors, killed her and took the girdle.

“At this critical juncture when women’s autonomy is once again under attack, “Hippolyta” speaks to us from long ago,” Shostrom said.

While a teenager in France with Jefferson’s family, Hemings had a chance at full freedom, but returned to America with Jefferson in 1791. Many historians believe that Hemings was already pregnant with her first child when she returned. She lived out most of her life as a slave on Jefferson’s Monticello plantation, in quarters adjacent to his, that have recently been restored.

“SALLY,” a collaborative interdisciplinary project, brings together artists, writers, performers and historians intrigued by women whose destinies are inextricably interwoven with those they knew and whose lives have often been erased or forgotten.

“The exhibit explores how artists confront issues of agency and social justice and use collaboration to construct lives of integrity and purpose,” Shostrom said.

First presented in fall of 2019 in three Brooklyn, New York venues, “SALLY” has traveled to several community-based and academic settings and will be at SUNY Adirondack Visual Arts Gallery through Jan. 28, 2022.

“There has been a high level of engagement wherever it has traveled,” Shostrom said. “Each iteration of “SALLY” reflects local history and concerns and includes artists from the community.”

After its run at SUNY, the exhibit is scheduled to be featured at The Brickbottom Gallery in Somerville, Massachusetts, in September 2022.