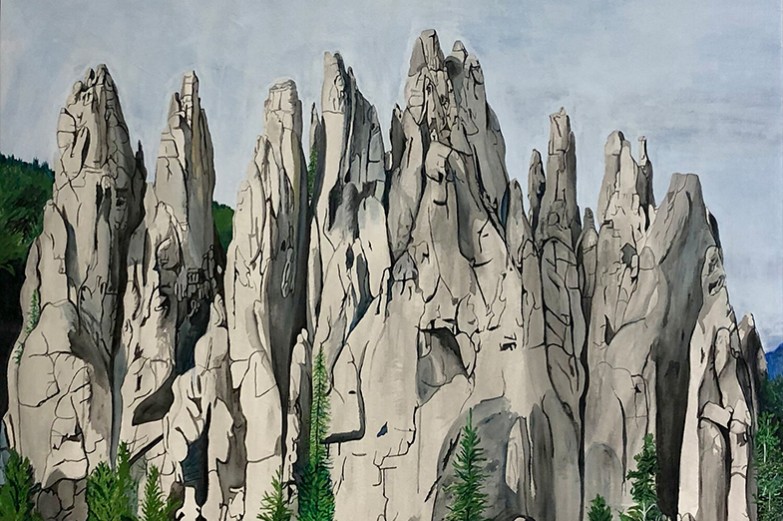 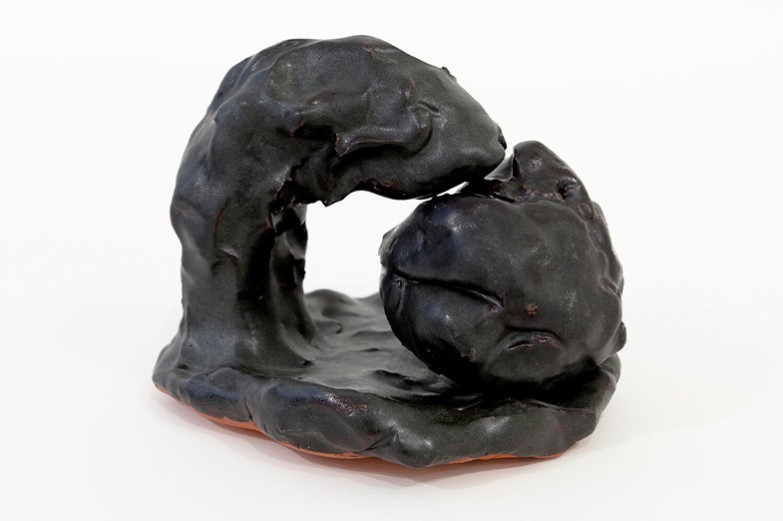 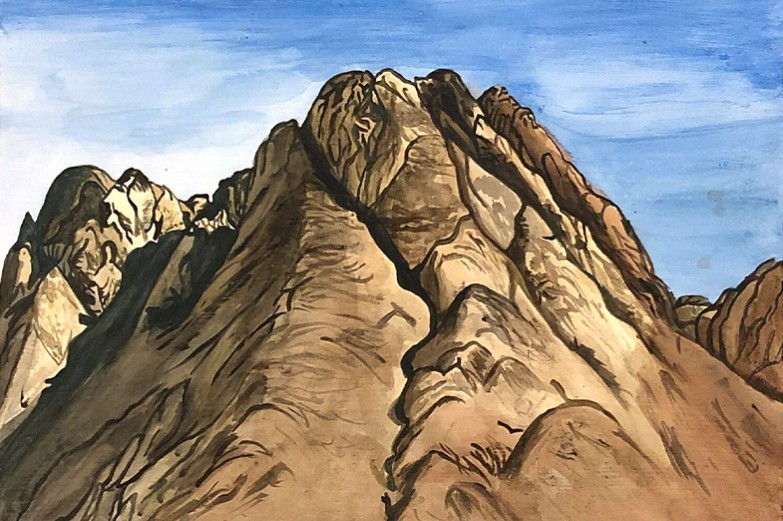 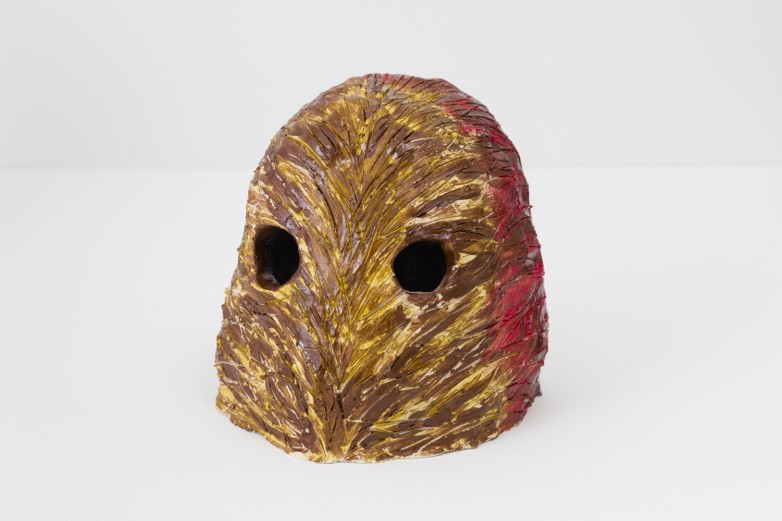 “Calling all Gods,” a solo exhibition by Rudy Shepherd, Penn State School of Visual Arts associate professor, is open to the public at LatchKey Gallery through Oct. 16, 2020.

The mixed-media exhibit aims to counter the tragedies, and conflicts, that Shepard said pervade society. Shepherd’s work employs art as a “healing mechanism” creating objects and paintings with the power to heal personal and social ills and to awaken consciousness.

Outlining the gallery, located at 323 Canal Street in New York, are Shepherd’s “Holy Mountain Series,” a collection of paintings honoring mountains from around the world beheld as sacred to various cultures, faiths and traditions.

At the center of the exhibition, a series of “Black Rock Negative Energy Absorbers,” which Shepherd said are used to extract negative energy in the form of prejudice, racism or even quotidian disdain – they help bring harmony to life.

“The idea of the Black Rock Negative Energy Absorber is to make an artwork that offers up a simple spiritual solution to the complicated, scary problems of our world,” Shepherd said.

For the gallery’s Canal Street Window Series, Shepherd created a video that features the character he calls “The Healer” born out of the Black Rock Negative Energy Absorber sculptures. The Healer is a shadowy figure, inhabiting the interstices of good and evil, public and private, seen and unseen, that moves through the landscape barely visible. Neither fully engaged nor detached, The Healer leads exhibit visitors to contemplate liminal spaces and the idea of negative energy being transmitted throughout the world.

Based in New York, Shepherd earned bachelor of science degree in biology and studio Art from Wake Forest University and a master of fine arts degree in sculpture from the School of Art Institute of Chicago.

The College of Arts and Architecture will host the 2021 Summer Institute on Contemporary Art, a professional development opportunity for preK–12 teachers, virtually June 21–25.

Combined with donations in her memory, more than $60,000 has been endowed to create the Melanie Buffington Memorial Scholarship to support art education.