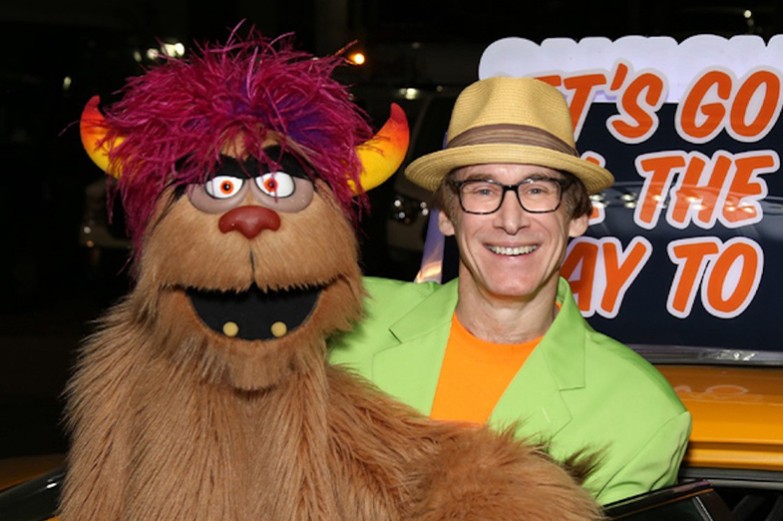 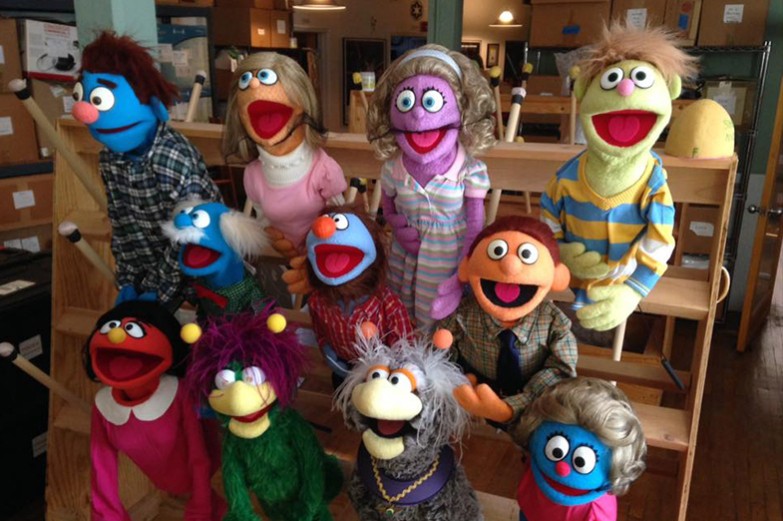 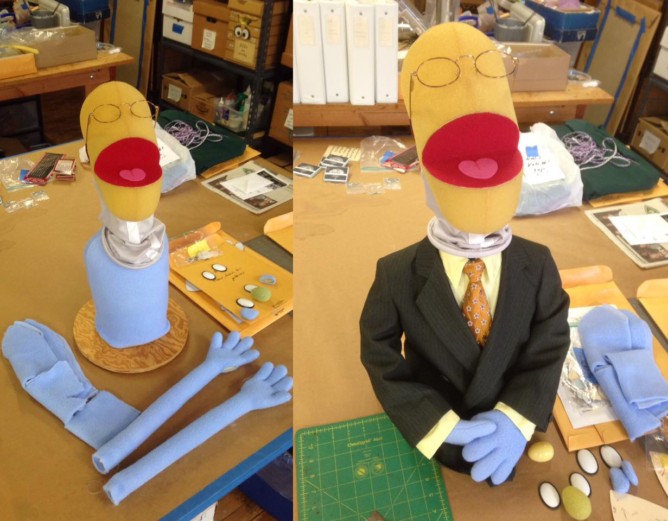 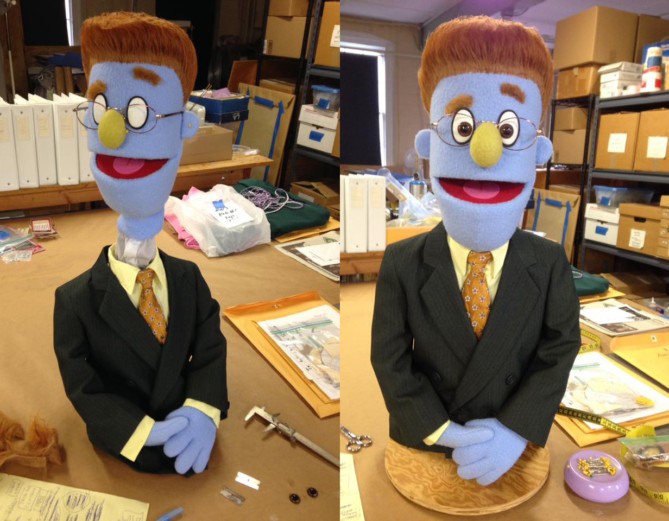 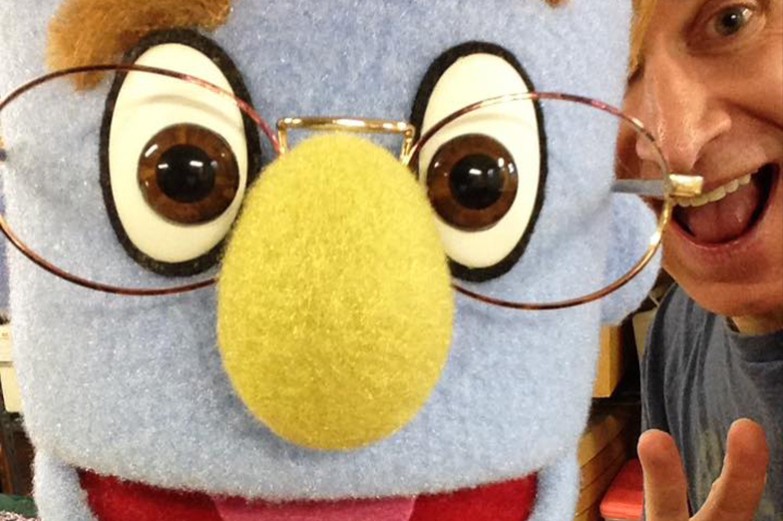 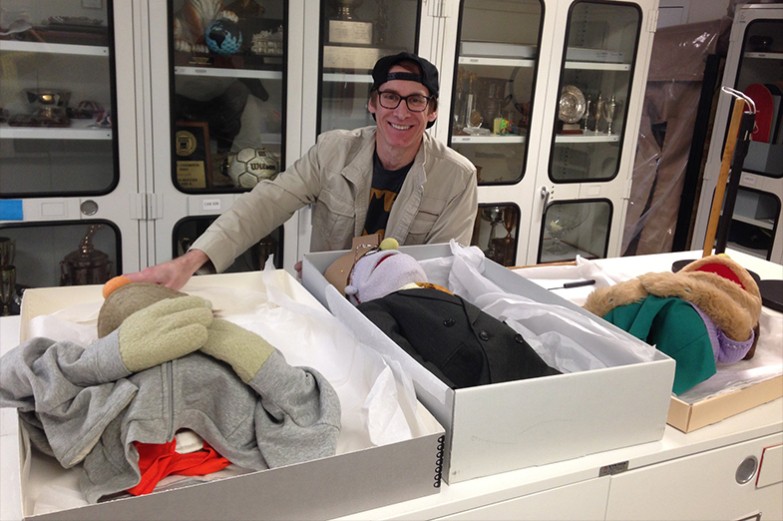 Can you tell me how to get, how to get to Sesame Street?

If you ask puppeteer Rick Lyon, a 15-season veteran of the show and creator of the puppets for the Broadway hit “Avenue Q,” he will tell you that Penn State is a good place to start.

In 1976, with a saxophone in hand, Lyon came to the Penn State School of Music to major in music performance, but while playing the role of “The Musician” in Jean Anouilh’s French satire “Thieves’ Carnival,” he discovered a passion for theatrical performance that led him to change course.

Lyon switched his major to theatre in 1977 and for the next year-and-a-half spent most of his time on stage. When he wasn’t rehearsing and performing, Lyon was exploring a hobby he developed as a kid after he first saw puppeteer and Muppets creator Jim Henson on a variety show in the mid-1960s.

“I don’t remember a time when I didn’t love puppets. There’s something about the form that I connect with very deeply, and always have,” Lyon said. “But the real ‘aha moment’ for me was seeing Jim Henson’s work on TV. The Muppets were like nothing I’d ever seen before—weird, abstract, funny—and they instantly appealed to me.”

Using items around his childhood home in Rochester, New York, Lyon mimicked Henson’s style and eventually crafted puppets using basic sewing techniques, but he said being self-taught had limitations. When he switched his major at Penn State to theatre, access to the school’s costume shop was a welcomed bonus.

Lyon received his first formal sewing training during a costume design course, which he said allowed him to create higher-quality puppets that he could use during his early performances for theatre classmates and friends.

“That was a huge turning point for me,” Lyon said. “I now had some technique for turning the things in my head into reality. That class turned out to be one of the most important ones I took, career-wise.”

As his skills developed and his act became an underground hit, longtime Penn State theatre professor Helen Manfull, who encouraged Lyon to perform in public, eventually asked him to create a children’s educational show as part of a university arts outreach program that she organized.

“That was my first regular professional-level puppet job,” Lyon said. “That Helen trusted me with that responsibility, and recommended me to the schools, was a remarkable leap of faith on her part.”

Lyon developed an hour-long children’s-themed puppet show that included both a 20-minute performance and a behind-the-scenes demonstration of the art of puppetry.

During the early 1980s, he travelled to more than 100 schools performing the one-man show that required Lyon to build the puppets, write and script the songs, design the stage and scenery, and perform.

“Puppetry exercises every creative muscle that I have, and it was while I was at Penn State that I understood the validity of doing this as a career choice and not just a hobby,” Lyon said.

During his time touring local schools, Lyon realized that puppetry could pay the bills, leading to what he said was a tough choice to stop attending classes at Penn State. Once again, Manfull offered sound advice by introducing him to the Eugene O’Neill Theater Center in Waterford, Connecticut, which is dedicated to the development of new works and new voices for the stage.

“So here I was in State College and I call myself a puppeteer, but I had never even met another person who considers themselves a professional puppeteer and I have no particular training in puppetry,” Lyon said. “I thought, ‘I ought to find out more about this thing that I’m pretending to do,’ and I took a chance, pulled up stakes and enrolled in the O’Neill puppetry program.”

In the spring of 1986, Lyon, for the first time in his life, was surrounded by puppeteers. He immersed himself in the culture and curriculum the O’Neill center offered, and it wasn’t long until his gift for the art was discovered.

Later in the year, Lyon was invited to tour the Muppet workshop. “Sesame Street” had just wrapped filming for the season and he “met” some of the show’s classic puppets, like Big Bird and Oscar the Grouch.

“I was on sensory overload. Famous puppets were everywhere you looked,” Lyon said. “It was overwhelming.”

“Of course, I laughed and thought, ‘yeah right, everybody wants to be a Muppeteer,’” Lyon said. “But I did it and I took that chance of rejection. It seemed like so many other people believed in me, and I thought, ‘I should too.’”

About five months later, he had an interview with Jane Henson, the wife of the famous puppeteer. That conversation ended with an invitation to participate in a two-week-long audition, but because of Lyon’s performance schedule, he couldn’t make it.

When he arrived for the last day of the audition, he was unexpectedly interviewed in-person by Jim Henson. Later in the evening, with his childhood icon watching closely, Lyon was asked to do something he had never done—puppeteer for a camera.

The main difference for television, Lyon said, is the puppeteer is performing to the camera and is watching his performance on a monitor, which displays an image that is flipped.

“There I was with Jim watching and my right is my left and my left is my right,” Lyon said. “But because I had been so profoundly affected by Jim’s style and had been imitating it since I was 8, what I did have down pat was the Muppets’ lip-sync technique.”

In January of 1987, Lyon was offered his first job working for Henson, in a public service announcement. The relationship grew and eventually led to him joining the cast of “Sesame Street” in fall of 1987, where he stayed for the next 15 seasons.

As his run with “Sesame Street” was coming to a close, Lyon, through industry acquaintances, was asked to help develop the Tony Award-winning Broadway hit “Avenue Q,” which combines puppets and human actors to tell the story of a bright-eyed college grad named Princeton who moves to the big city and, alongside his new friends, struggles with them to find jobs, dates and their ever-elusive purpose in life.

In addition to creating all of the puppets for the show, Lyon was a member of the original cast, playing Nicky, Trekkie Monster and others.

The show ran on and off Broadway for 15 years, and Lyon said he created more than 300 puppets to accommodate the popularity and performance demands.

Since “Avenue Q” closed in 2019, Lyon has continued freelancing, with his work appearing on programs such as “The Late Show with Stephen Colbert,” where he created and operated a pair of talking pants for the host’s cold open of the first in-studio show, in June 2021, since the COVID-19 pandemic began.

Although Broadway and big-screen success has come for Lyon, who lives with his daughter in New Jersey, just a few miles from his puppet studio, he often finds his thoughts drifting back to his time at Penn State.

“There’s no doubt that my time at Penn State, and the people there, made the career I’ve had possible,” Lyon said. “People like Helen encouraged me to follow my passion, think in different ways. It’s that flexibility, that diversity of experience at Penn State, that allowed me to go places I never imagined before.”