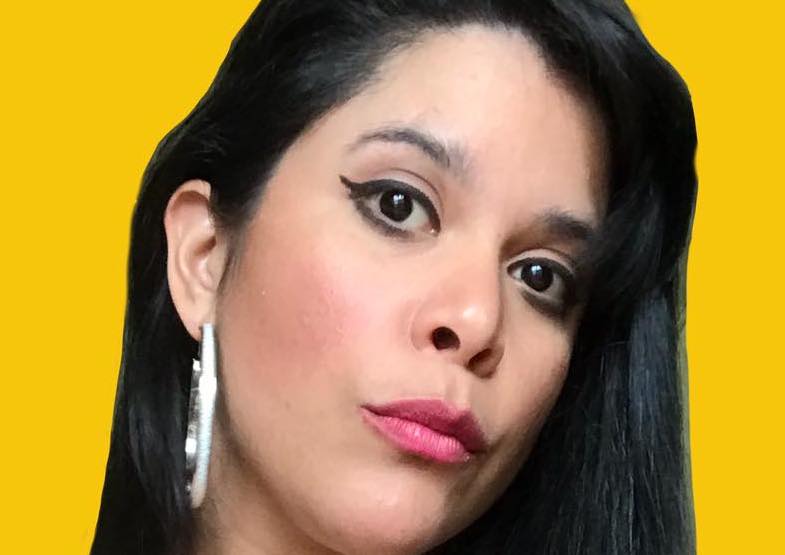 School of Theatre alumna and instructor hones her craft through comedy

Growing up in Ponce, Puerto Rico, Malena Ramirez was always engaged in theater. When she moved to the U.S. mainland 11 years ago, Ramirez knew little English and was determined to develop her acting skills. She spent several years in New York before starting her M.F.A. at the Penn State School of Theatre, where she performed in English for the first time. Ramirez completed her M.F.A. in acting and now teaches acting at Penn State.

“It [the M.F.A. acting program] was one of the best things that ever happened to me. I discovered that comedy was my thing,” Ramirez said.

During the three years of the program, Ramirez dedicated herself to her craft. In addition to their classroom and studio work and performances, she and her fellow students traveled internationally to perform and take classes and workshops in Africa, Toronto, and London.

The first time Ramirez performed in English was in “The Motherfucker with the Hat” at the Penn State Downtown Theatre Center.

“My character Veronica spoke very, very fast. So for me, being the very first time doing theater in English, it was really hard,” Ramirez said, noting she was successful because acting and voice professors coached her on her pronunciation.

Currently Ramirez is teaching THEA 102: Fundamentals of Acting for non-majors.

“Some of them are not actors; they have different career paths. But I want them to be open, vulnerable, and comfortable in their skin,” Ramirez said.

I really enjoy seeing how they start, and how they finish. It’s very satisfying.”
-Malena Ramirez

Due to COVID-19 restrictions, Ramirez has been teaching via Zoom.

Freshman Nicholas Dawkins, a recreation, parks, and tourism management major, said that Ramirez is the funniest professor he has ever had.

“She is very fun, she brings a lot of energy to the class—even in the online format—and she is just very caring, very passionate about acting.”

A former student cited Ramirez’s ability to make them feel comfortable, which is something really important when it comes to acting.

“I’d say that she was adaptable, and fun, and just so encouraging of all of us,” said Natalie Ondrey, a senior majoring in education. “She always approached each day with a smile and with a plan on how we could all observe acting and participate in it.”

It was a theatre clown workshop in Brooklyn with Christopher Bayer that convinced Ramirez she needed to share her comedy talent with the world. Her response to lockdown was to start her own YouTube channel, “It’s Malena, Beetch.”

Ninoshka the Stripper is a mother of five, each from different fathers, who tries to motivate women to discover their sexuality and sensuality.

Dr. Alice Kuntz, a lesbian, is the head of a university English department and is obsessed with Virginia Woolf. Claire Klingy, a divorced mother, is Alice’s partner. Carmen Dos Fuegos is Alice and Claire’s relationship therapist.

Frida Sufrida is loosely based on Frida Kahlo and her adventures reflect Kahlo’s life with Diego Rivera.

Johnny Boy is a stoner who, while lazy, is passionately aware of racial issues in America.

Joe Cranus lacks knowledge of social issues around the world and the other characters try to educate him about social problems.

“Acting is the way I express myself, because I feel my characters say more about me than what I say about me. And it’s also a way to know myself as a human and understand other human beings,” Ramirez said.

Even though all her characters are Hispanic, Ramirez is careful to avoid popular Hispanic stereotypes. In some of her videos she focuses on sensitive topics such as racism, women’s rights, and animal rights.

It is very important for me to use my art as a way to promote a better world, and make people understand [the sensitive topics].”
-Malena Ramirez

Initially Ramirez improvised her videos, but now the process starts with her writing everything down in detail. Next, she records herself as a specific character, then edits the scenes together into the final product, which is posted on her YouTube channel.

Looking ahead, Ramirez would like to have her own comedy show or be a comedian on sitcoms. She is anxious to play a part in eliminating the existing stereotypes of Hispanic characters on television.

For now, she will continue to make people laugh through her YouTube channel, and keep inspiring her students through this art form.