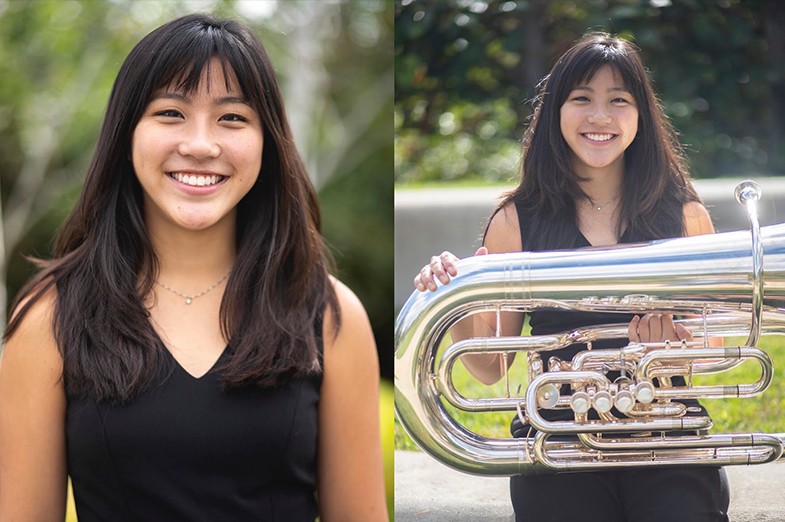 The Music Teachers National Association holds one of the country’s most prestigious student competitions each year to recognize talented young artists and their teachers. Division- and national-level competitions showcase performances and honor pedagogical achievement.

The Young Artist Performance Competitions begin with state competitions, state winners advance to the division competition and division winners compete in the national finals. Due to the pandemic, this year’s competitors were asked to submit performance videos for consideration.

“You kind of forget you are in a competition,” said Fuller, who received a Bachelor of Music Education from the Penn State School of Music in 2020.

Fuller spent her undergraduate years as a student of Velvet Brown, a distinguished professor of tuba and euphonium. As a graduate student pursuing a Master of Music in Performance, Fuller continues to take lessons from Brown while also being her teaching assistant.

I think the biggest thing she has taught me is just to not have any doubts in yourself.” – Meredith Fuller

Along with six other young brass artists from different states including California and Alabama, Fuller will compete, through video submission, in the national finals. Winners will be announced in early March.

“There are really great players,” Fuller said. “I am not expecting a specific outcome, but it would be nice to have a good outcome.”