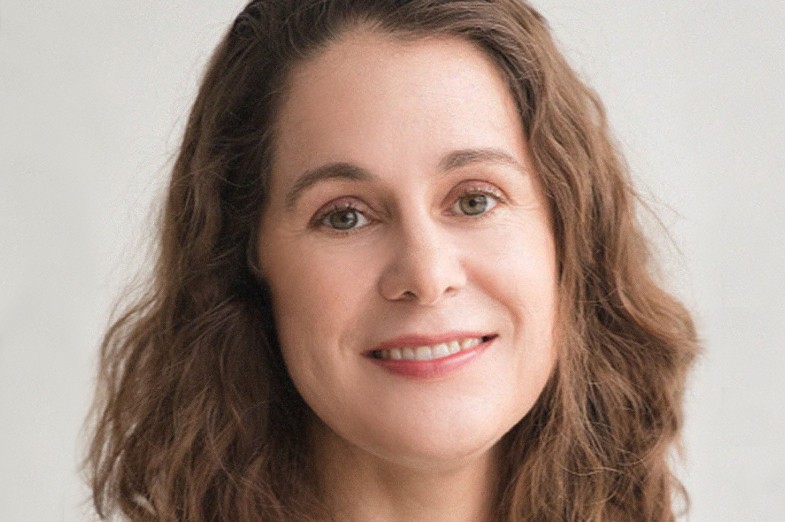 Shortly after Melanie Buffington (’95 B. Art Ed.) died in September 2020 following a nine-year battle with metastatic breast cancer, her family discovered one of her final contributions to the art education field, where she was a celebrated and beloved scholar and educator.

In Buffington’s will, she directed money to the College of Arts and Architecture to establish an art education scholarship. Combined with donations in her memory, more than $60,000 has been endowed to create the Melanie Buffington Memorial Scholarship.

Prior to her death, Buffington expressed that the undergraduate art education scholarship should enhance diversity in the field and support recipients’ time studying abroad.

The commitment to diversity was a career-long focus that Buffington’s sister, Kristin DeGruy, said evolved into her becoming an outspoken advocate for racial equality.

At the time of her passing, Buffington was an associate professor and the interim chair of the Department of Art Education at Virginia Commonwealth University in Richmond, Virginia, where she was remembered in a memorializing news release as “a prolific scholar, with a strong focus on social justice and equity.”

The release said that during her time at VCU, “she combined research, teaching and service in projects around the city of Richmond with the Neighborhood Resource Center, the Richmond city jail and the Carver Promise mentoring program. She advocated for justice at VCU and in the community, in particular around acknowledging and reckoning with Richmond’s and VCU’s history and the Confederacy.”

“Melanie was so passionate about arts and education and about racial justice, but she was incredibly proud of the work she had done around Richmond in her last few years,” DeGruy said.

We hope that this scholarship helps to keep her memory alive and if it can help students thrive in the program, that would be really meaningful and impactful.”
–Kristin DeGruy, sister of Melanie Buffington

Penn State College of Arts and Architecture Dean B. Stephen Carpenter II met Buffington during her time as an undergraduate student at Penn State. He remembers her as a compassionate, gentle, thoughtful and kind person, as well as an intellectually curious scholar who advocated for others.

“I was most taken by the range of scholarship she pursued, which included research methodologies in art education as well as racism as embodied in statues and monuments in Richmond,” Carpenter said. “The Art Education program at Penn State has a rich and important history in the field and Melanie’s gift will enable future students to benefit from that legacy. My vision is to award the scholarship to students who will carry on Melanie’s spirit of compassion and inquiry through art education research.”

These gifts will advance “A Greater Penn State for 21st Century Excellence,” a focused campaign that seeks to elevate Penn State’s position as a leading public university in a world defined by rapid change and global connections. With the support of alumni and friends, “A Greater Penn State” seeks to fulfill the three key imperatives of a 21st-century public university: keeping the doors to higher education open to hard-working students regardless of financial well-being; creating transformative experiences that go beyond the classroom; and impacting the world by serving communities and fueling discovery, innovation and entrepreneurship. To learn more about “A Greater Penn State for 21st Century Excellence,” visit greaterpennstate.psu.edu.