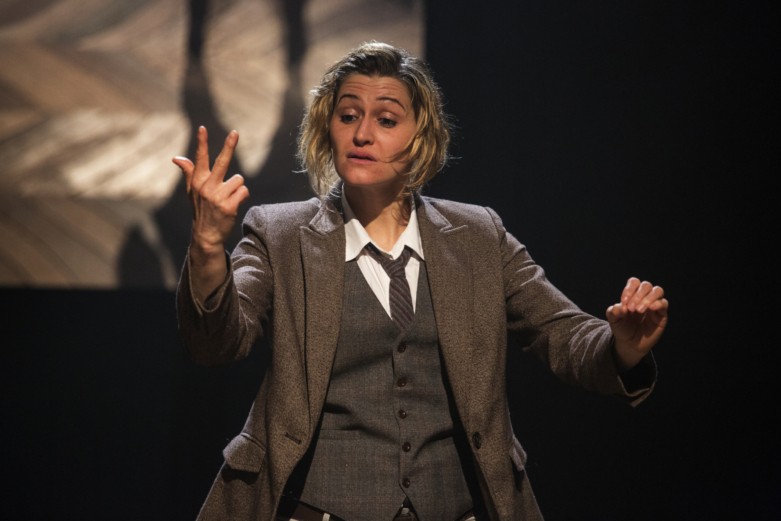 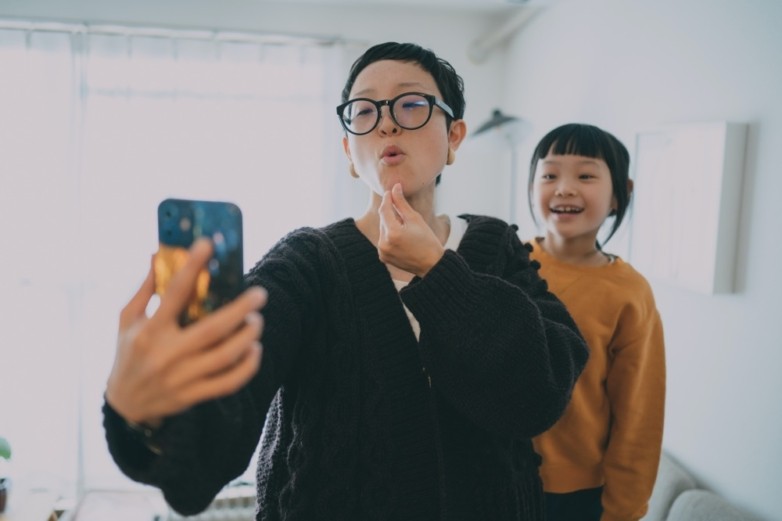 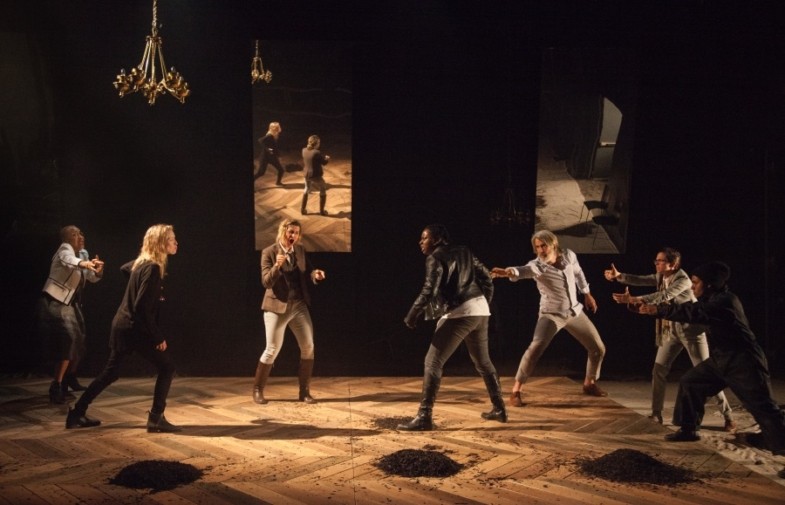 Conversations highlight importance of advocacy for Deaf and hard of hearing

“Prince Hamlet,” which opens the Center for the Performing Arts 2022–23 season, is a bilingual and modern framing of the spectacular downfall of a man. The Why Not Theatre production features Deaf actor Dawn Jani Birley in a self-interpreting role and fully integrated as the story’s ASL narrator.

“Prince Hamlet” Director Ravi Jain said Birley accepted the challenge of translating the effusive nature of Shakespeare—first translating the English to the more efficient ASL, “then into ASL with a flourish.”

The result is a dynamic performance and—thanks to Birley— a highly visual interpretation of the Prince of Denmark’s tragedy in five acts.

‘Isn’t something that needs to be fixed’

Most people in the hearing community may not be familiar with Deaf culture, with communicative aspects such as reliance on eye contact, touch, communication efficiency, physical proximity and knocking on surfaces.

Sommar Chilton, associate teaching professor in Penn State’s College of Health and Human Development, is passionate for sharing her insight into Deaf culture and how an organization can better serve Deaf and hard-of hearing people. At her presentations, she addresses the differences between Deaf and deaf/hard of hearing, etiquette, and intricacies of sign language and its relationship with facial expression and body language.

Deaf culture is held by a group of people who were born Deaf, whose first language is ASL, who go to Deaf schools and hang with Deaf peers,” Chilton said. She said “lowercase d” deaf, or hard-of-hearing people, generally are medically deaf due to accident or age and mostly rely on hearing-assist devices.

“Probably in our experiences growing up, we looked at deafness as a negative, as something that’s undesirable, as something that needs to be fixed,” Chilton said. “Just because (someone) can’t hear doesn’t mean (they) can’t take it in and enjoy it and process that in a different way through my eyes, looking at the idea that sign language is equal to spoken language.”

She cited the benefits of “Deaf gain” that have become mainstream, even with hearing users, including closed captioning, text messaging and digital transcription services. But she said a big issue is that the hearing community often puts the onus of communicating and understanding on the Deaf person.

“Being Deaf isn’t something that needs to be fixed,” Chilton said. “They can be just as successful as any hearing person is out there with their language with the opportunities that can be provided to them.”

Jain, a former professional clown with Cirque de Soleil, said his personal experience with cultural adversity and stereotyping inspired him to organize Why Not Theatre. He says he was frustrated at being typecast into roles based on his cultural background. Why couldn’t—why shouldn’t—he be cast in certain roles?

“The importance isn’t the story, but how the story is being told,” he said of his Toronto company’s mission to recognize people. Why Not tackles modern issues with the belief that “there are more ways to see and hear people, that will help us see more in people who we may have written off.”

Birley, cast as Horatio, is a Toronto Theatre Critics Award-winning best actress and creator of 1S1 Theatre. She said she created 1S1 to be an outlet to help proliferate art from and for a Deaf perspective.

“There’s a lot of discussion going on right now about inclusion,” Birley signed in a 2021 video interview with Intermission Magazine. “That issue is something we need to take a second look at—inclusion for whom and by whom?”

‘I needed to have allies’

While the Deaf community might be small and tight-knit, it is not with support. Jain said while they worked with Birley on “Prince Hamlet,” the cast and crew learned to sign and often used ASL to communicate with each other. And Chilton said she is fortunate to be able to advocate for the Deaf community.

In the Intermission Magazine interview, Birley said she sees most depictions of Deaf people in the media as negative and was apprehensive in starting 1S1. Without Why Not’s support, she said she would not have been able to navigate the “overall system.”

“I needed to have allies to make this happen,” Birley signed.

Chilton said more local organizations now offer ASL interpreters for its public and performing arts events, but because of the dearth of signers in the region, services are competitive. But she said a good first step to advocating for someone in the Deaf or hard-of-hearing communities is to openly acknowledge their deaf identity.

“Everyone doesn’t have to speak our language,” Chilton said. “We can figure out other ways in which to communicate.”

Heather Longley is a marketing communications specialist at the Center for the Performing Arts.

“Prince Hamlet” will be at 7:30 p.m. Friday, September 16, and 2 and 7:30 p.m. Saturday, September 17, in Playhouse Theatre. Members of the cast will participate in a Q&A with interested audience members after the Friday performance. ASL interpreters will be available in the lobby one hour before curtain on performance days and will assist with the post-performance discussion.