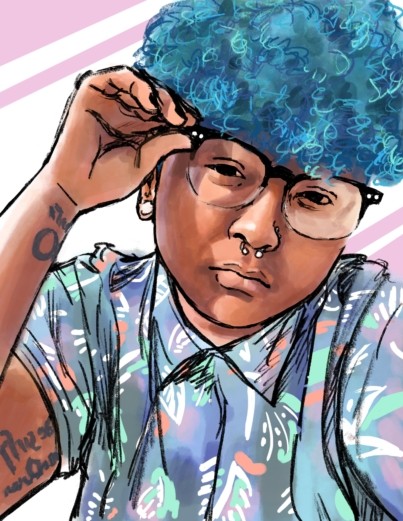 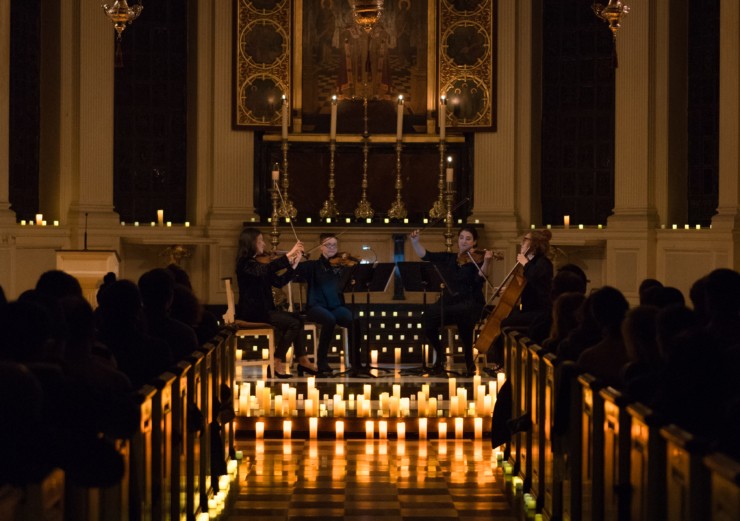 Penn State provided alum with skills to pursue her dreams

Penn State alumna Amanda Strassler never thought she would make money from her artwork, but now devotes her time to creating art others will love.

She dreamed of working intensely but on her own schedule, a different experience than working 9-5 and with a consistent paycheck.

Strassler graduated in 2018 with degrees in film and integrative arts and continues to develop her freelance business, Holy Moly Media, providing creative services including illustrations, photography, video and more. She was finishing up her film degree when she decided to stay an extra semester to add the integrative arts degree—a program in which students combine courses in the arts and other areas to meet their specific interests—to help her craft the career she had always imagined.

Her job includes a sprinkle of everything she loves, from art to film and production. “Between those two they really set me up for success in the field of content creation,” Strassler said.

According to Strassler, the secret to building your business is to be very confident in what you’re doing, because people will notice your confidence.

The inspiration for Holy Moly Media came from a joke with her friends. When Strassler saw something impressive, she would say “Holy Moly.” She said she used that name for her company because it expresses the way she wants people to feel when they see her artwork, which is intended to be playful and make people smile.

In addition to building her company, Strassler is currently working on the Hamer Center’s State College Community Land Trust GreenBuild documentation project for the College of Arts and Architecture’s Office of Digital Learning. It is a student-led project where students design and build energy-efficient housing in the local community.

I can say that working for Digital Learning gave me a lot of skills that were applicable for film sets.”

“Having access to professional equipment such as the C100 camera, lighting gear and strobe lights—those skills were a huge leg up,” Strassler said.

“I didn’t expect to still be working for Penn State,” Strassler said. “So many things have changed.”

Before the pandemic, Strassler was freelancing as an event photographer for Fever in New York City after originally working in production for the event production company.

Strassler is finding ways to be creative and innovative despite the pandemic. She is spending her time working on small side projects to grow Holy Moly Media, including creating and printing stickers to launch on the newly added art shop on her website, holymolymedia.org.

In addition, on her Instagram, Holy Moly Draws, she is creating multimedia content using the audio of her interviewed subjects overtop her process of creating illustrations.

Even though she graduated, Strassler continues to take advantage of the opportunities offered through the College of Arts and Architecture’s internship program. She looks forward to the scheduled Zoom workshop meetings every week, including using them to hone her teaching skills by helping with demonstrations.

“I really appreciate the community that [Stephanie Swindle Thomas] has built with the internship program. I think it’s really helpful for interns in college and building connections for when they graduate, but it’s also really helpful for me,” Strassler said. “When you go off in the world it’s a lot harder to make connections and meet people [compared to when you are in college].”

Strassler moved to New York City immediately after graduating, hoping to find work on film sets—which she did, thanks to Penn State connections. She has also continued to refine films she made in college, including one that was accepted into the Los Angeles Short Film Festival.

Now with her LLC, Strassler has more control over projects and events and has started to develop a client following.

She looked into full-time jobs before establishing her LLC, but craved the lifestyle of working on sets and the thrill of spontaneous projects. During an internship while an undergrad, she realized being in an office from Monday through Friday wasn’t the life for her. She also began to see how the companies hired freelancers to do the creative work.

I want to show up to set whenever I can and work these crazy long-hour days, and then in two weeks or three days it’s over and you can see what you did and see what you created. I just love that.”

SoVA Ceramics faculty received a grant to transform Intro to Ceramics into a completely remote course.

Brian Alfred, associate professor of art, is the curator of “Sound & Color,” a group exhibition at Miles McEnery Gallery in New York City that runs through December 19.

The THON website recently published a new virtual gallery showcasing five previous logos from the annual event as well as the designers responsible for them.