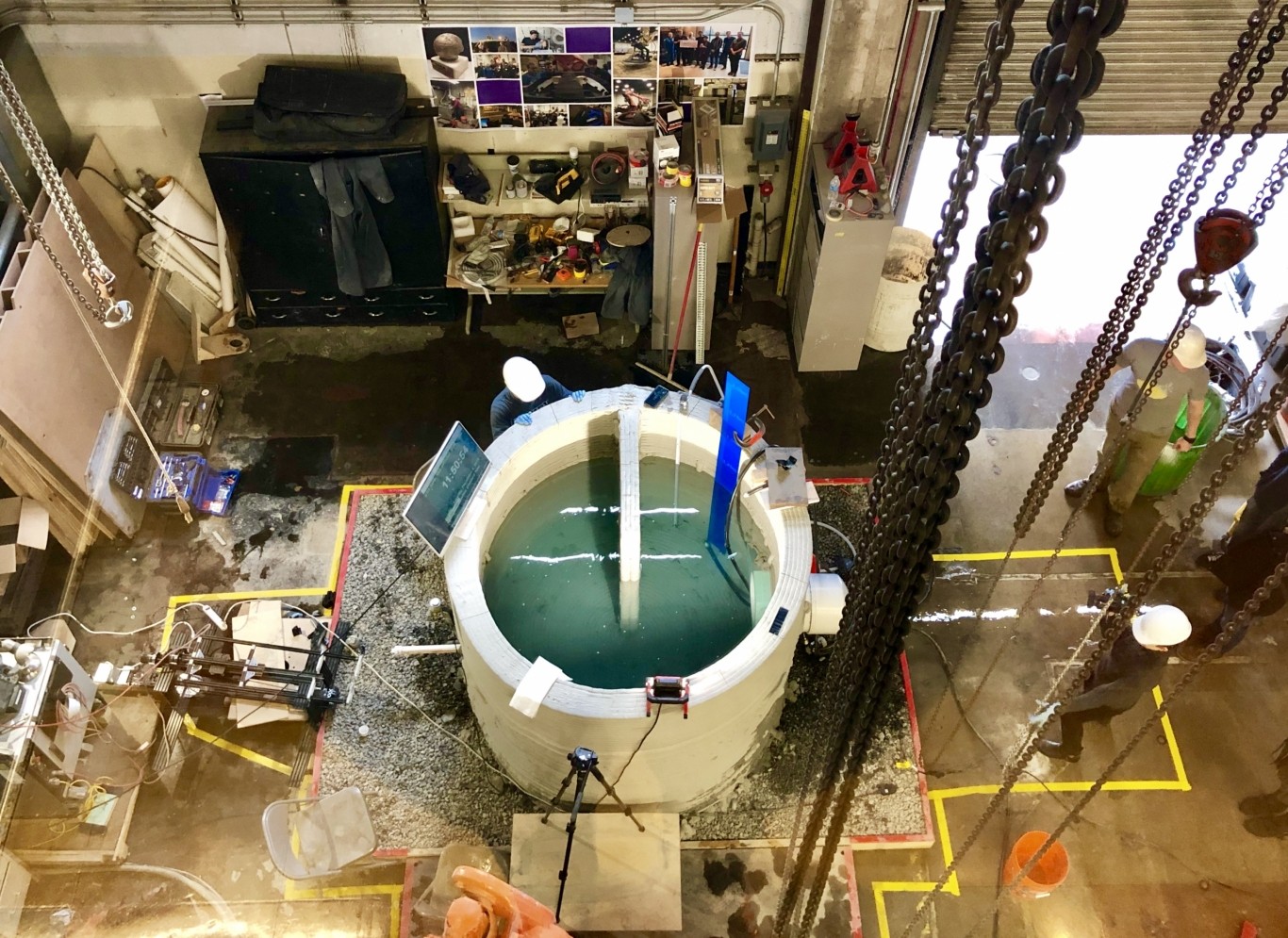 Update: The PennStateDen@Mars team placed third in the Phase 3: Construction Level 2 of the 3D-Printed Habitat Challenge and brought home a prize of nearly $84,000, as was announced Feb. 1 by NASA. For this level of the competition, six teams submitted 3D-printed samples that were tested for their ability to hold a seal, for strength and for durability in temperature extremes.

The Phase 3: On-Site Habitat Competition boasts a grand prize of $500,000 for the winner of the head-to-head competition, to be held April 29 at Caterpillar Inc.’s Edward Demonstration and Learning Center in Peoria, Illinois.

The NHK footage will appear in an upcoming episode of “Cosmic Front Next,” an astronomical documentary series that explores the topic of outer space and culture. The episode, which will air at 10 p.m. on March 28, will feature the NASA 3D-Printed Habitat Challenge, a Centennial Challenges Competition, which calls for inventors to design a human habitat that can be 3D-printed autonomously on Mars using indigenous or recycled materials.

According to the NASA website, the goal of the competition is “…to build a 3D-printed habitat for deep space exploration, including the agency’s journey to Mars. The multi-phase challenge is designed to advance the construction technology needed to create sustainable housing solutions for Earth and beyond.”

While at Penn State, the NHK crew filmed the printing of a part designed by architecture student Drew Marshall in the course on “Design for 3D Printing in Concrete” to explore the suitability of concrete printing to make complex shapes.