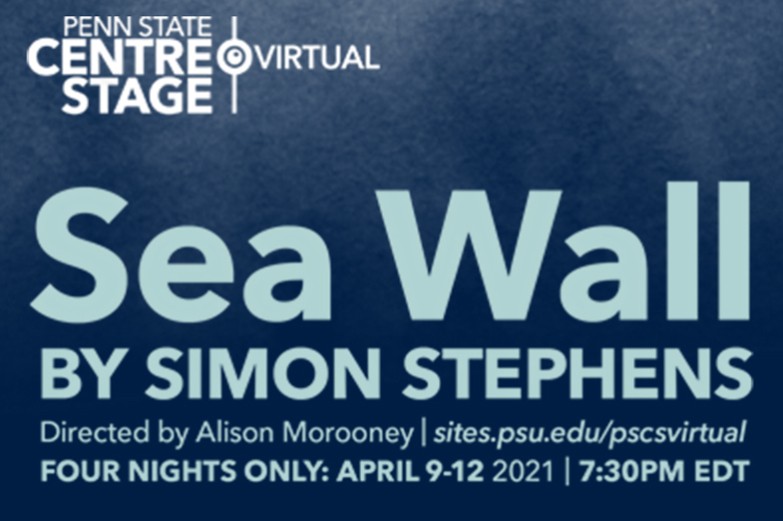 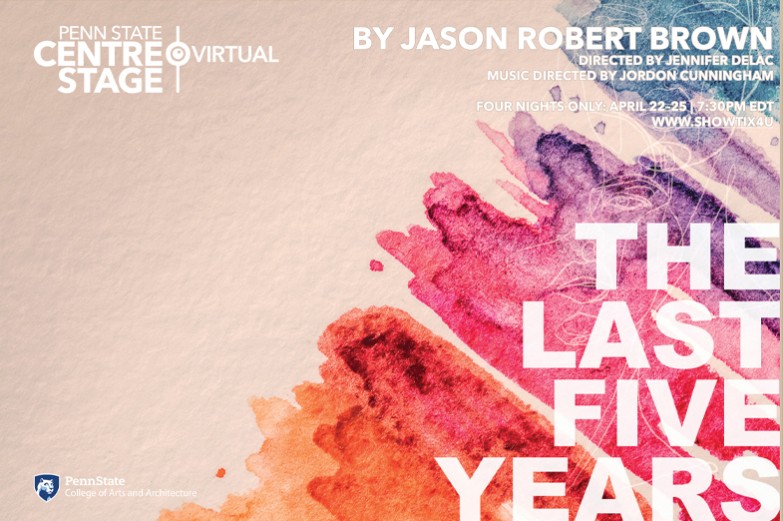 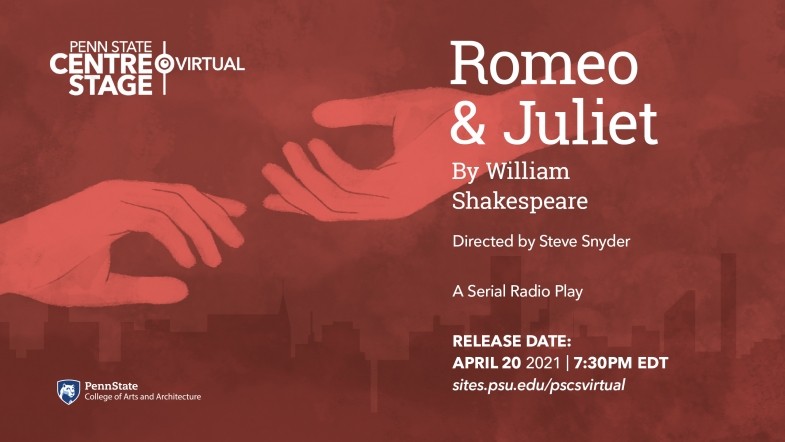 Penn State Centre Stage Virtual will present four projects in April ranging from a one-act play to a radio drama, and a dance concert. All events are free and most can be viewed at sites.psu.edu/pscsvirtual beginning on their first date of performance.

Sea Wall by Simon Stephens, directed by second-year master of fine arts candidate Alison Morooney, is a short, vivid and beautifully painted story about love and loss, faith and wonder, grief and family. It will be presented April 9–12, 7:30 p.m. EDT, at sites.psu.edu/pscsvirtual.

Next, PSCS Virtual will produce its first-ever radio play version of Romeo and Juliet, by William Shakespeare, directed by Steve Snyder. The five-act play will stream serially beginning April 20,
7:30 p.m. EDT, at sites.psu.edu/pscsvirtual.

Then, second-year master of fine arts candidate Jennifer Delac will direct The Last Five Years, by Jason Robert Brown, music directed by Jordon Cunningham, April 22–25, 7:30 p.m. EDT, at www.showtix4u.com. This modern musical ingeniously chronicles the five-year life of a marriage, from meeting to break-up and from break-up to meeting.

Center for the Performing Arts Director Sita Frederick will discuss her raison d’etre in a special episode of “Meeting the Moment with Michael Mwenso,” from June 23–30.

The Center for the Performing Arts will present the free virtual presentation “Juneteenth: A Fierce Urgency Celebration!,” starting at 7:30 p.m. June 19.

The new director shared insight into what she expects in her first year, how to engage new and returning audiences, and the “elephant in the room” of central Pennsylvania.