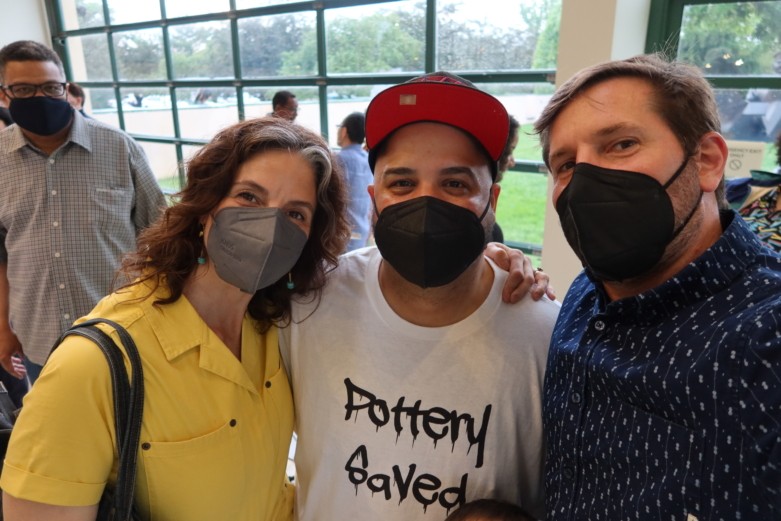 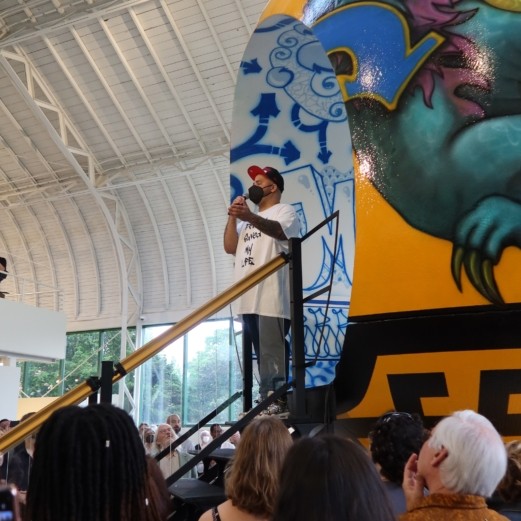 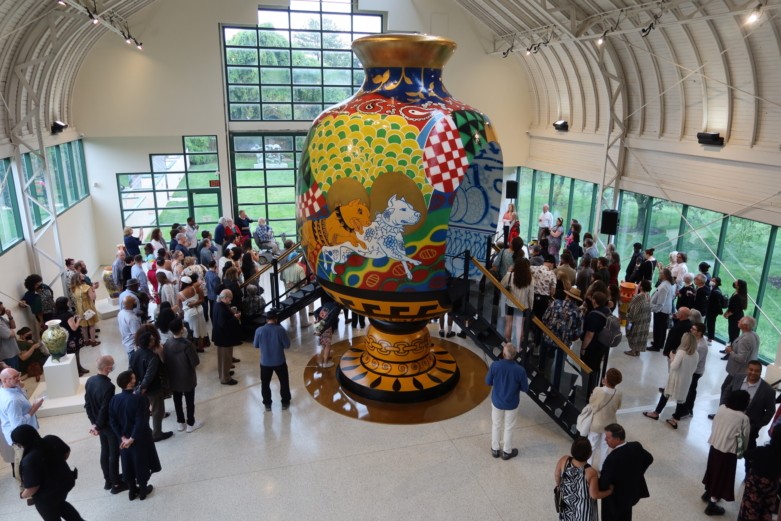 In a testament to the power of mentorship, Penn State School of Visual Arts alumnus and nationally known ceramicist Roberto Lugo is dedicating part of his current exhibition at Grounds for Sculpture to his own mentors and individuals he has mentored in turn, including several Penn Staters.

Works by School of Visual Arts faculty members Shannon Goff and Tom Lauerman, alumni Sophia (Soso) Capaldi, Christina Erives and Dana Harper, and former school director Graeme Sullivan are featured at the museum and sculpture garden in Hamilton, N.J., as part of “Roberto Lugo: The Village Potter,” which is on display through January 8, 2023.

Lugo, who received his M.F.A. from Penn State in 2014, was part of the first class that Goff recruited to Penn State. Today his works—which feature the likes of Notorious BIG, Barack Obama and Ketanji Brown Jackson—are included in the Metropolitan Museum of Art, Los Angeles County Museum of Art and Museum of Fine Arts Boston, to name a few. He specifically requested Goff’s sculpture of a pink telephone for the exhibition, as a reference to the phone call that he has said changed his life.

According to Lugo, also a social activist and poet, the exhibition aims to give a visual representation of the idea that “it takes a village to raise a child.”

“Through exhibiting the work of my community alongside my own solo exhibition, viewers can make connections to these artists that have influenced my work and see the community of artists whose work pushes the boundaries of the traditional ceramics canon,” said Lugo.

Erives and Harper were part of Lugo’s class at Penn State, while Capaldi was one of his students. Today, Capaldi is a graduate student at the Tyler School of Art in Philadelphia, where Lugo is an assistant professor.

Lugo created all-new works for the Grounds for Sculpture exhibition during a winter 2022 residency. Among them is his first monumental sculpture in milled foam, titled “Put Yourself in the Picture.” Viewers are invited to walk in and through the vessel via the viewing platform, which will also be activated as a performance stage and DJ booth at set times during the run of the exhibition. In addition, the exhibition features a drop-in maker space, providing the opportunity to experience the materiality of clay.

According to Goff, Lugo’s inclusion of his mentors and protégés is largely about reciprocation.

“That’s something I try to instill in my students,” said Goff. “You always have to take care of the people who take care of you.”