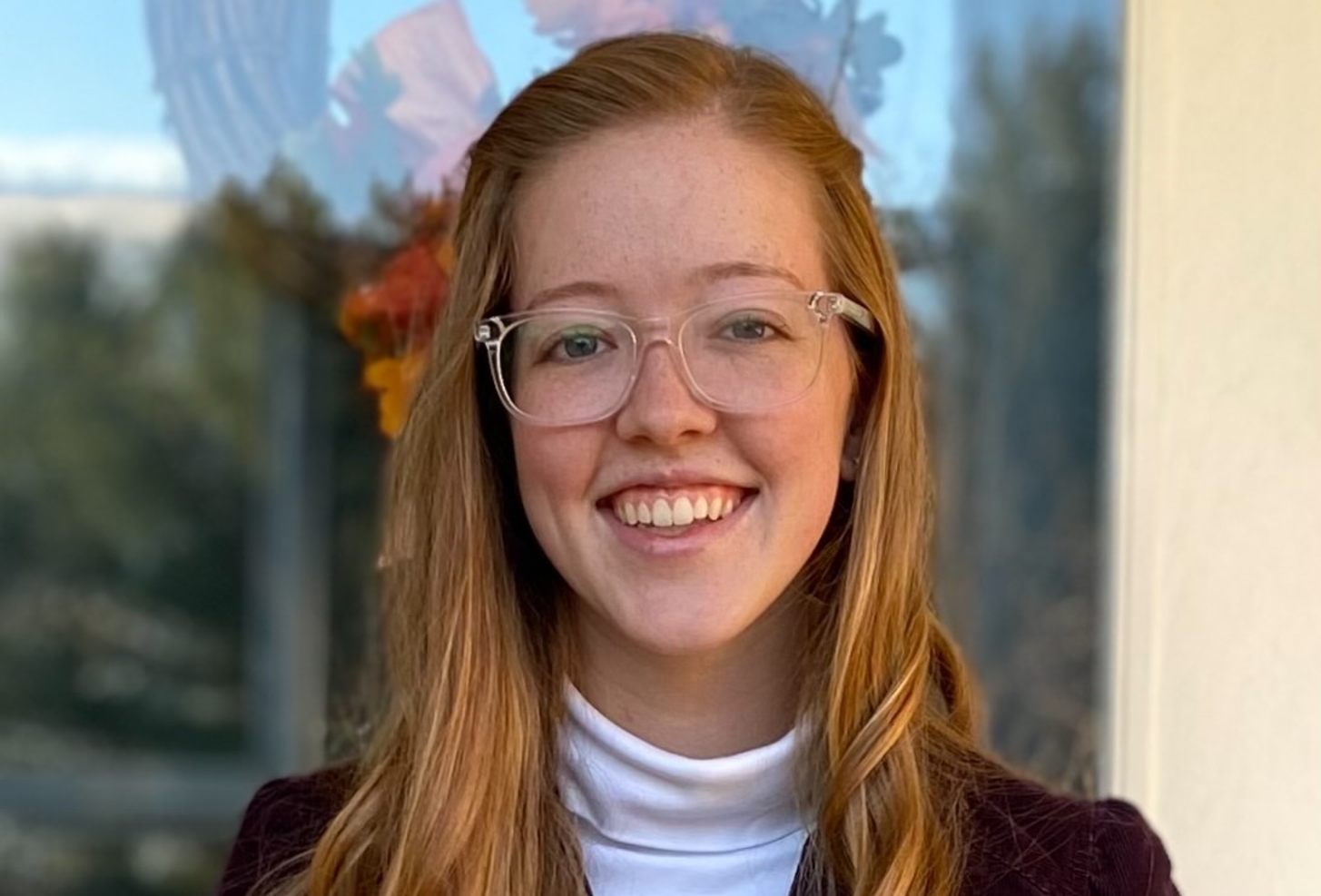 Brenna Arnoldi has been named the College of Arts and Architecture student marshal for fall 2021. She will graduate with a bachelor of music education degree and minor in special education at the college’s commencement ceremony on Saturday, Dec. 18. Active in numerous music ensembles, including the Blue Band, and recipient of several scholarships, she has maintained a 3.99 GPA.

Arnoldi plays the French horn in the Philharmonic Orchestra, Symphonic Wind Ensemble, Symphonic Band and Horn Ensemble, where she served as vice president in 2018 and 2019. She also participates in Fall Athletic Band, Pride of the Lions Pep Band and Hockey Band. Following in the footsteps of her parents, David (’91) and Erin (’93) Arnoldi, she has been a member of the Blue Band, playing the mellophone. She has served as a squad leader from 2019 to 2021 and a guide in 2020 and 2021. Outside Penn State, Arnoldi co-directed a K-2 children’s choir at Saint Paul’s Methodist Church.

Arnoldi has been awarded the Kermit and Hassel/Hurwitz Endowed Scholarship, Hughes-Young Scholarship, Johnstone Endowed Scholarship, Penn State Blue Band Academic Award, French Horn Scholarship and the Provost’s Award. In May 2022, Arnoldi will travel to Jamaica to teach music to underprivileged youth as a part of the Jamaican Field Experience. She plans to seek a job as a middle school band director.

Kim Cook’s Oct. 1 cello concerto at Yale to be livestreamed

Kim Cook will perform a cello concerto at Yale University on Oct. 1 at 7:30 p.m.

Alumna Sarah Nekich runs the official social media accounts of Bing Crosby and other music legends such as the Culture Club, and credits much of her success to Penn State.