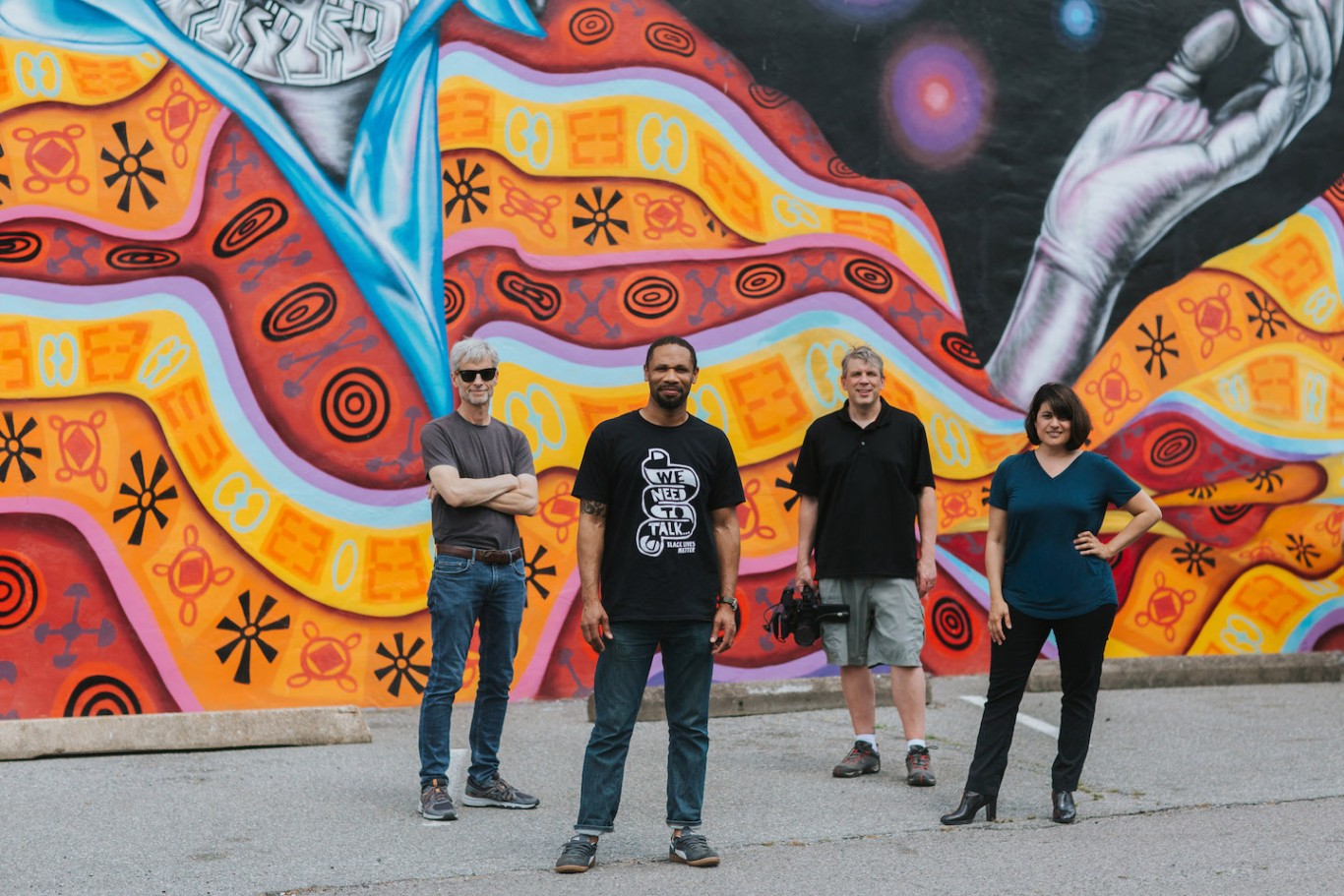 The College of Arts and Architecture Arts Ambassadors will host artist, designer and activist Hamilton Glass for a series of events Feb. 1–3, including a screening of “Mending Walls,” a documentary about the public mural project Glass spearheaded in Richmond, Va., in 2020, with related work continuing in response to the attention the documentary received.

“Mending Walls: The Documentary” will be shown at 7 p.m. on Tuesday, Feb. 1, in the School of Music Recital Hall, followed by a talk-back session with Glass and the documentary co-producers, Bellisario College of Communications alum Pam Hervey and her husband, Todd Hervey. Both are open to the public.

Glass created Mending Walls RVA to establish empathy and connection through art, bringing together 30 artists from different backgrounds, ethnicities and perspectives to create 16 murals across the city, in hopes that their art would spark deeper conversations within the community. In real-time footage and testimonials, “Mending Walls: The Documentary” reveals the artists’ honest conversations, how they created mural concepts reflecting those conversations and how they were impacted by the experience. It also shows how the community of Richmond responded to their efforts by activating the spaces the murals provided and becoming part of the effort to facilitate awareness and understanding.

According to Kendall Mainzer, director of student engagement for the College of Arts and Architecture and advisor to the Arts Ambassadors, the student group has found inspiration in Glass’ work.

“The leaders of the Arts Ambassadors were so inspired by Hamilton Glass’ story, response and continued action in the wake of George Floyd’s homicide that we knew it could provide a blueprint for how our student artists, performers and designers could lead an anti-racism initiative fueled by the arts at Penn State,” said Mainzer. “We are actively seeking partners across the Penn State community to move forward with this initiative.”