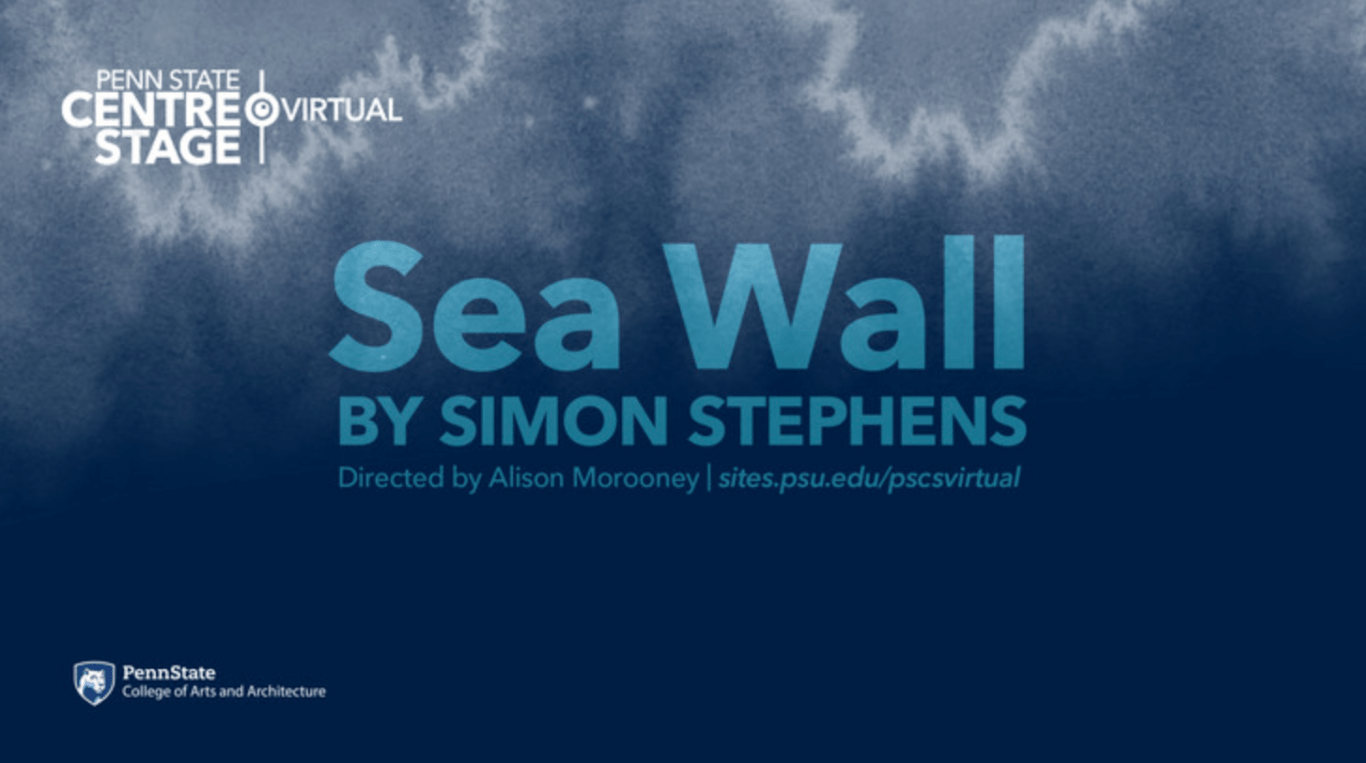 Before the curtain is drawn and the play begins, a lot goes into a performance. The costumes are made, the lines are rehearsed, and the stage is designed and set. All of this is accomplished under the leadership of the director.

The Penn State School of Theatre’s upcoming production, “Sea Wall,” will be directed by Alison Morooney, who is pursuing an M.F.A. in directing. Morooney graduated from Penn State in 2012 with a B.F.A. in musical theatre. The production will be streamed at Penn State Centre Stage Virtual, April 9-12, at 7:30 p.m.

Although Morooney is most familiar with directing larger musical productions, she thought “Sea Wall” would be the perfect fit this spring. “With safety restrictions it just made sense to stay safe and put as few actors on stage as possible. That’s how we came to choose this piece,” said Morooney.

This is Morooney’s first experience directing a straight play, and she said she has learned a lot working on “Sea Wall.”

Working with one actor and one director is a very intense experience. You build a very special kind of relationship with the actor that you’re working with, and I am blessed to have the most incredible collaborator in my actor, Kyle Blumenthal,” said Morooney. Blumenthal is a junior in the B.A. Acting program.

Morooney plans to pursue a career in musical theatre, but really connected to the tragic story in the drama “Sea Wall.”

I think the reason I was drawn to this play right now is because we all as a globe have been experiencing grief in one way or another,” said Morooney.

“Whether we truly lost someone or if we are just experiencing this loss of normal, it’s an exciting challenge to portray the grief that is told in this play with real authenticity and curiosity.”

In order to maintain social distancing, only 25 audience members are allowed in the Playhouse—and those seats were sold within 30 minutes. The performance will also be streamed on Penn State Centre Stage Virtual.

“This community is starving for theatre,” said Morooney. “We were able to do some really fantastic virtual productions last semester, but it is not the same as being in the room and making a connection with an actor on stage.”

In “Sea Wall,” the main and only character, Alex, is speaking directly to the audience. “The audience is his scene partner, which I think is a really triumphant return from not having any live theatre,” said Morooney. “We are able to celebrate the audience’s participation in that way.”

Morooney notes she would not be able to direct this production without the help of her design team, including scenic designer Rosalind Isquith, costume designer Alyssa Ridder, lighting designer Faye Ko and sound designer Ben Moore.