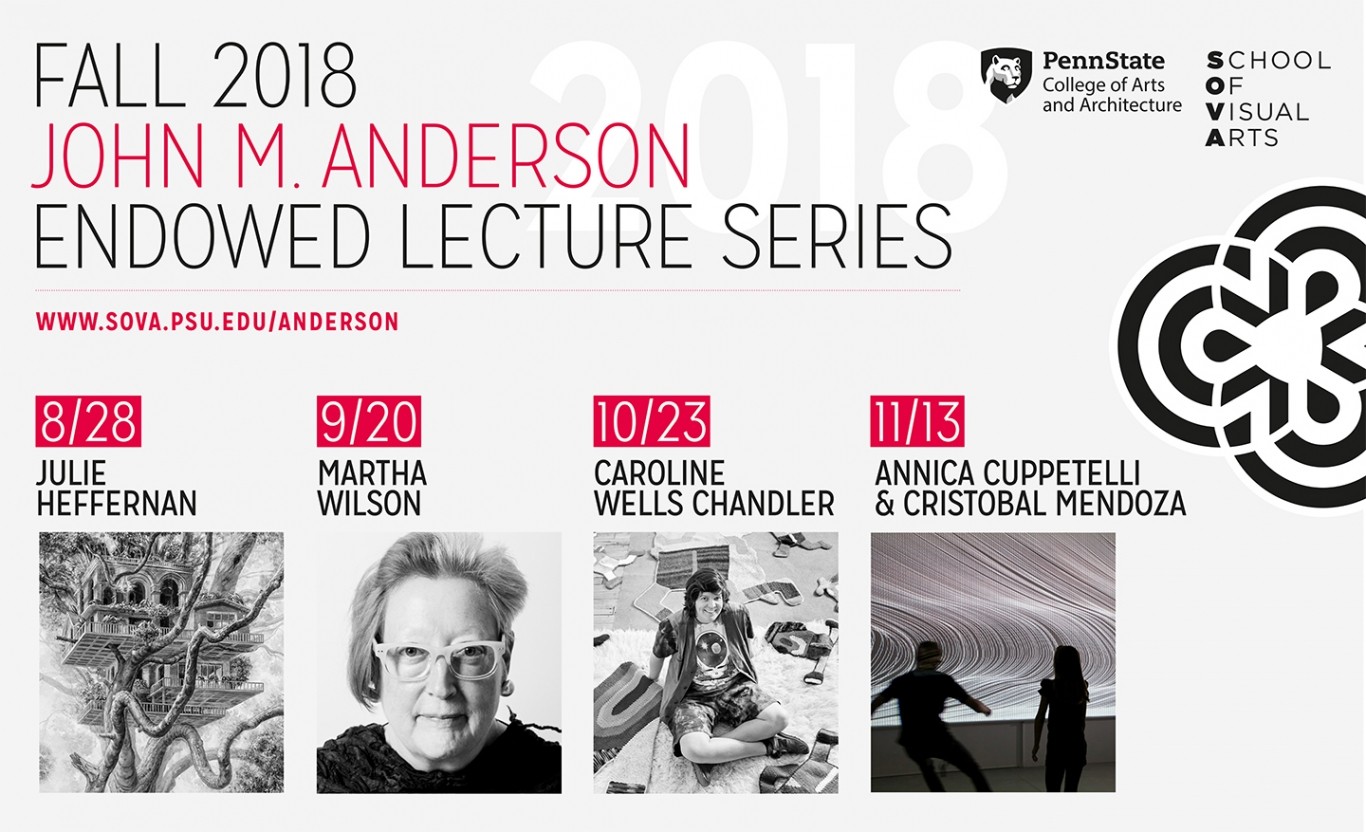 Kicking off our fall season is painter Julie Heffernan whose recent paintings†envision how we might remake the world as it is slowly falling apart. Through her imaginative, alternative habitats, she explores climate change and recent environmental disasters. Heffernan will give a lecture titled ?When the Water Rises? on Tuesday, August 28 at 4:30 p.m.

Martha Wilson is a pioneering feminist artist and art space director, who over the†past four decades has created innovative photographic and video works that explore her female subjectivity. She has been described by†New York Times†critic Holland Cotter as one of ?the half-dozen most important people for art in downtown Manhattan in the 1970s.? Wilson will give a lecture titled ?Martha Wilson

Artist Caroline Wells Chandler crafts crocheted figures exploring queerness and the art historical canon. Chandler twists the language of folk by using the materials and archetypes of conservative culture to create affirmational queer arenas. He will give a lecture title ?Caroline Wells Chandler: Queering Folk? on Tuesday, October 23 at 11:30 a.m.

Ending the fall season is artist duo Annica Cuppetelli and Cristobal Mendoza. They create installations and objects that combine physical elements with digital technologies, composing sensual, immersive and dynamic experiences. They will give a lecture titled ?Lines in Space? on Tuesday, November 13 at 11:30 a.m.

Unless otherwise noted, lectures will take place in the Palmer Lipcon Auditorium, Palmer Museum of Art. Lectures are free of charge and open to the public.

The Penn State School of Visual Arts John M. Anderson Endowed Lecture Series was established in 2001 through the generous support of John M. Anderson, Penn State professor emeritus. The result of Dr. Anderson?s love of the philosophy of art and painting, his endowment contributes to the creative and intellectual life of the campus. Dr. Anderson, an Evan Pugh Research Professor of Philosophy, was a longtime faculty member and three-time department head in the Department of Philosophy and the first director of Penn State?s Institute for the Arts and Humanities.